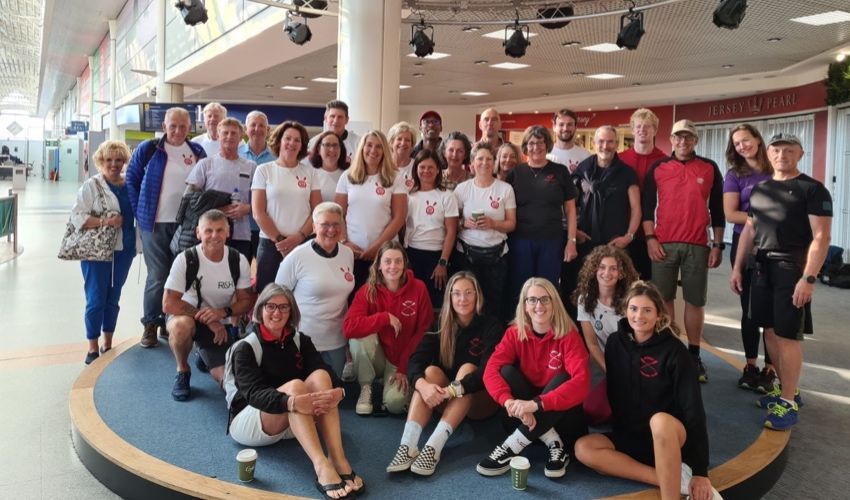 The Jersey Rowing Club has sent its biggest ever contingent to the British Offshore Rowing Championships this weekend, with almost 40 islanders taking part.

The championships are taking place Saundersfoot in Pembrokeshire, Wales, where JRC members will be competing in a variety of classes, including quads, doubles and mixed.

The British Beach Sprint Championships will be held at the same venue just a day later and a number of JRC members are taking part in that too.

Each class at the British Offshore Rowing Championships consists of 4 km heats, which were held on Friday, followed by a 6 km final, taking place on Saturday.

Beach sprints will take place on Sunday, they start with a running sprint on the beach for the rower or one of the rowers.

After entering the boat, the rower(s) then slalom around buoys for 250m, turn around and row straight back to the beach, before one of the crew exits the boat and runs to the finish line. 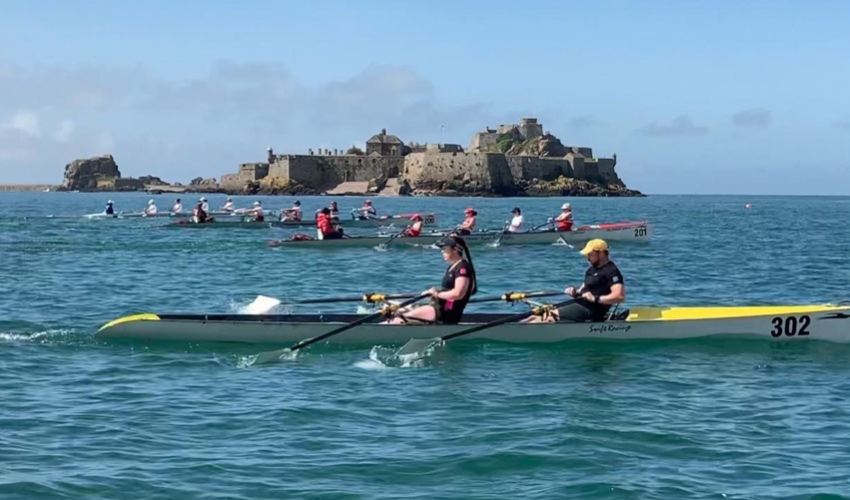 Pictured: Taye Le Monnier and Paul Coutanche will be hoping for a medal in the mixed doubles.

For the offshore racing, Jersey has competitors in the Men’s and Women’s Singles, Doubles, Quad and Masters’ Quad; and Mixed Doubles.

For the beach sprints, Jersey will be represented in the Men’s, Women’s and Mixed Doubles.

JRC Vice-Captain Gary Briggs said: “To have so many people representing Jersey at these two British Championships is a fantastic achievement and is testament to the strength of the club, as well as the dedication of its members.

“A huge amount of effort has gone into preparing for them and we're looking forward competing this weekend.

“After the disruption of covid, this year sees the return over overseas competitors and we're expecting a very high quality event, competing against some household names from various Olympic events.

“Last year saw us return with a number of medals, which we will be hoping to defend and hopefully add to the tally this year. This event provides seedings for the World Offshore Championships in October, which will also be held at Saundersfoot and which I know many of us are hoping to represent Great Britain at.”