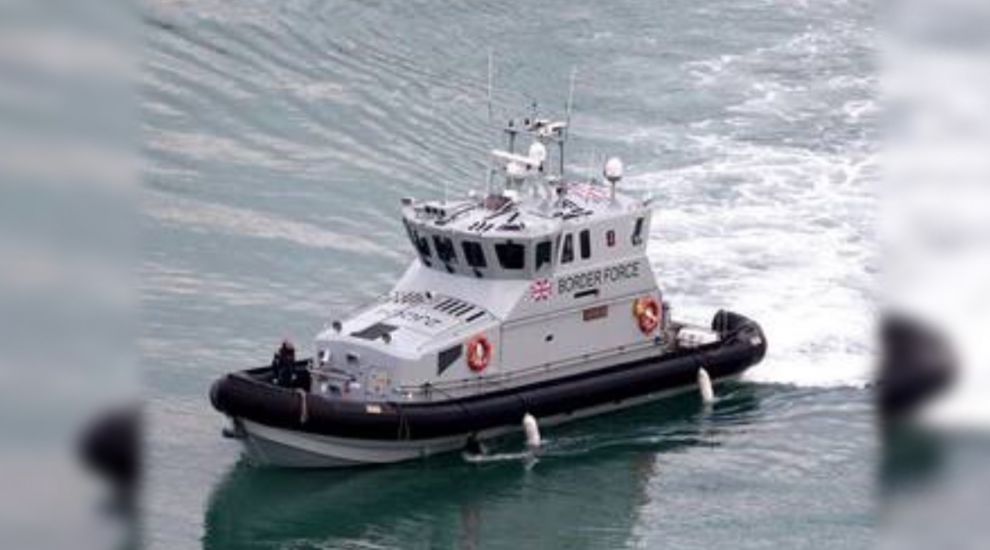 A UK Border Force Vessel will be around Jersey from this weekend as part of a plan to familiarise itself with Jersey waters and better protect against smuggling threats in future.

The ‘Alert’ vessel will arrive on Sunday as part of a “pre-arranged routine patrol” following close work with the Customs and Immigration Service.

It will be based in Jersey for the duration of 10 days, and will also be in Guernsey waters with Guernsey Customs for four of those days in the middle of the deployment.

“This is a joint patrol/exercise and is a fantastic opportunity for collaborative working with UK Border Force,” a spokesperson said.

“It enables UK Border Force to become familiar with our waters and the threats we face from smuggling activity as well as the Service being able to develop strong operational working relationships with the crews.”

In July, a man was arrested on suspicion of attempting to smuggle 27 migrants to Jersey or the UK, including 10 children and a wheelchair user.

The French coastal rescue authority was alerted in the early hours when the migrants’ six-metre vessel was spotted drifting in the darkness, having run out of fuel and broken down south-west of the Minquiers, 33km from Saint Malo. It’s believed their boat left the previous night from a port in the region of Saint Brieuc.

The group were later taken to France where they received medical attention and humanitarian support, while the alleged smuggler was taken into custody and later charged.

“This is a cautionary tale of the damage drugs can do”