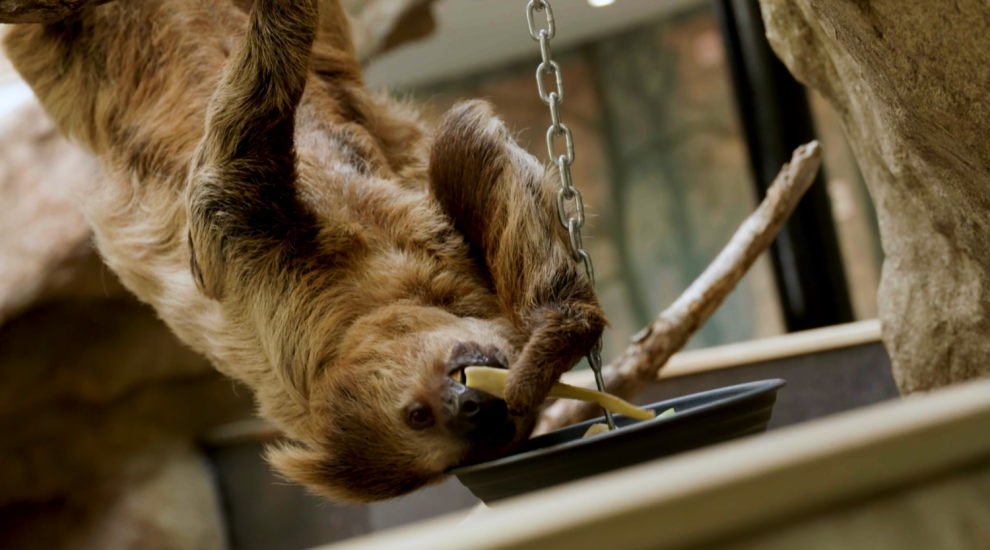 A species Native to South America, the pair of Linne’s two-toed sloths live in lowland tropical forests and spend almost all their time in the trees.

Known as the most relaxed animal in the rainforest, sloths spend up to 15 hours a day sleeping and the rest of the day eating. A sloth’s full stomach can make up two thirds of its body weight.

Rio has moved to Jersey from Bristol Zoo and Terry from ZSL London Zoo. Terry was born this time last year, and was a surprise to the staff at London Zoo - they had no idea her mother, Marilyn was even pregnant when he was born.

She was named after one of London Zoo’s longest-serving zoo keepers Terry March. The pair have been brought to Jersey Zoo as part of the European Breeding Programme. 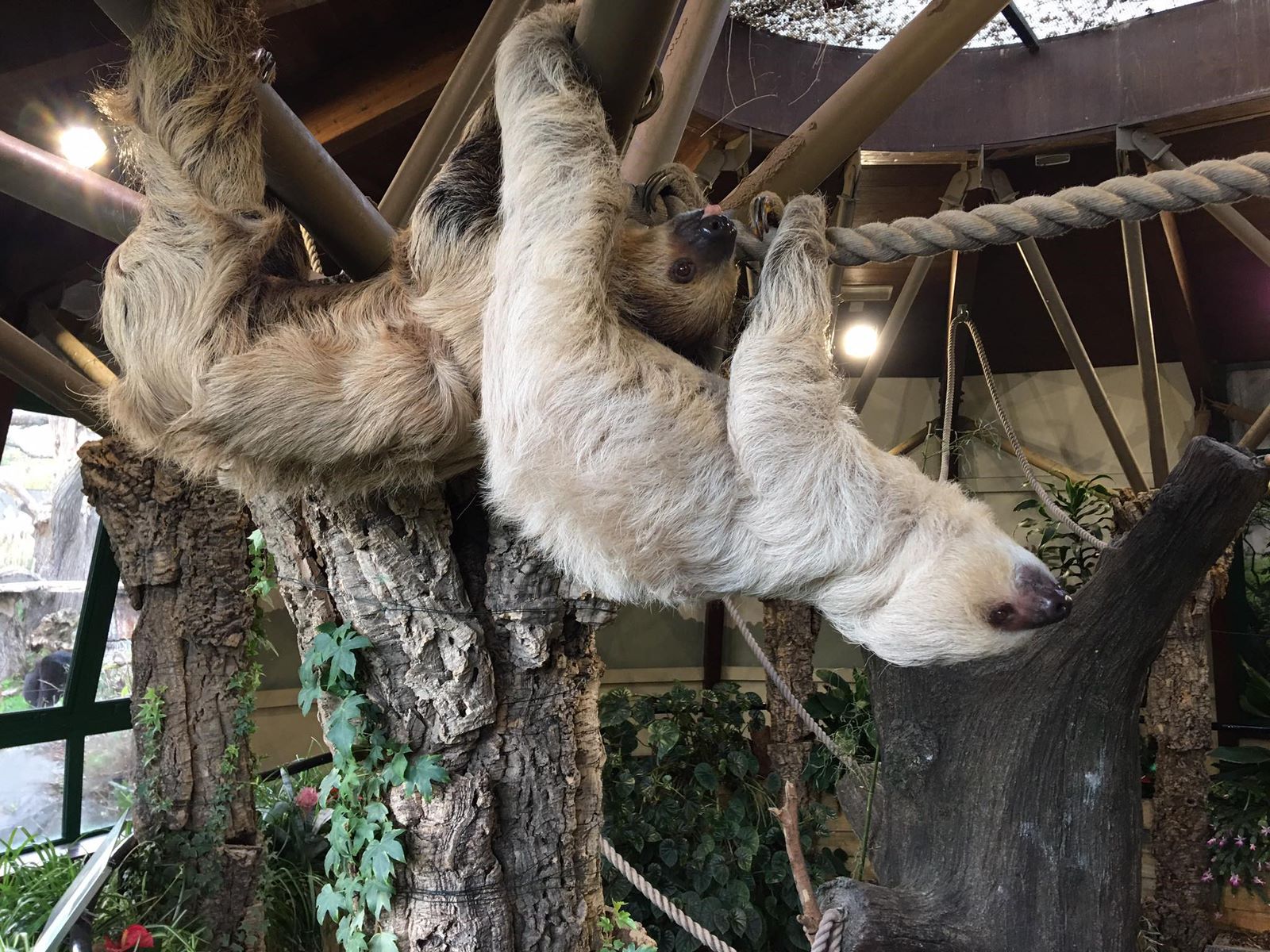 They will be joining the ‘Cloud Forest’ enclosure already inhabited by the Andean bears, Howler Monkey’s and bush dogs.

However, extensive renovations have been done, with a handcrafted tree sculpture by Zooscapes that allows them to move freely around Cloud Forest without ever touching the ground.

Durrell’s Director of Zoo Operations, Graeme Dick, said: “We’re really excited to have sloths here at Jersey Zoo for the first time and know our visitors will love them too. Rio and Terry arrived on 20 October and have spent the last few weeks getting used to each other, their new enclosure and their new keepers.

"Their enclosure has been designed to give visitors an immersive view into the lives of our sloths, as well as allowing the sloths to move around without the need to touch the floor as they would do in the wild.

"We hope the sloths and our guests will enjoy being transported to the rainforest and learn a little about our conservation projects in Brazil.”