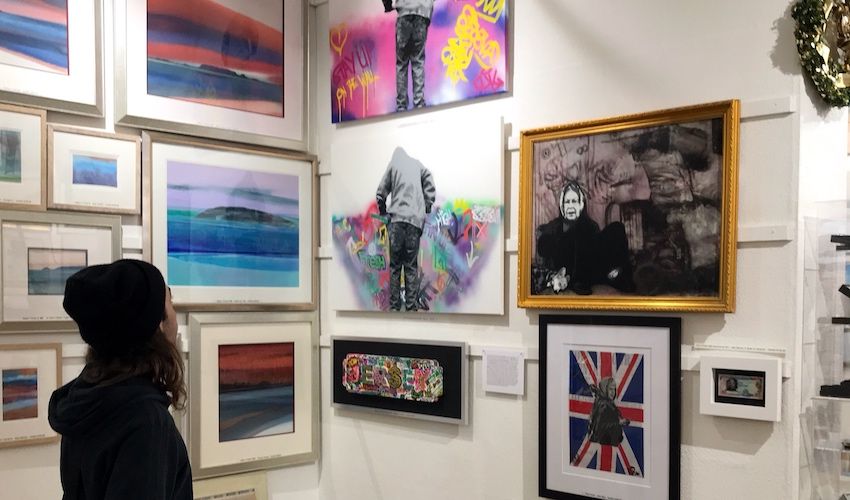 Olly Killip, who rose to prominence after turning the Queen into the Joker on a Jersey pound note and featuring alongside real-life Banksy in a book, is displaying his works at Studio Eighteen until 24 December.

Olly started drawing just over two years ago, after picking up a pencil by accident as his mum was drawing. He spent four hours on his first sketch, and hasn't looked back. Since then, he has spent hundreds of hours painting, inking, pencilling, colouring and more recently spray painting. He also sold his apartment and moved to a part-time job to spend more time on his art.

“I have always been seen as a crazy character in the office,” Olly explained. “I am good at my job, but I have also this creative mind. I wanted to be able to give the same attention to my artwork. It’s my sole passion.” 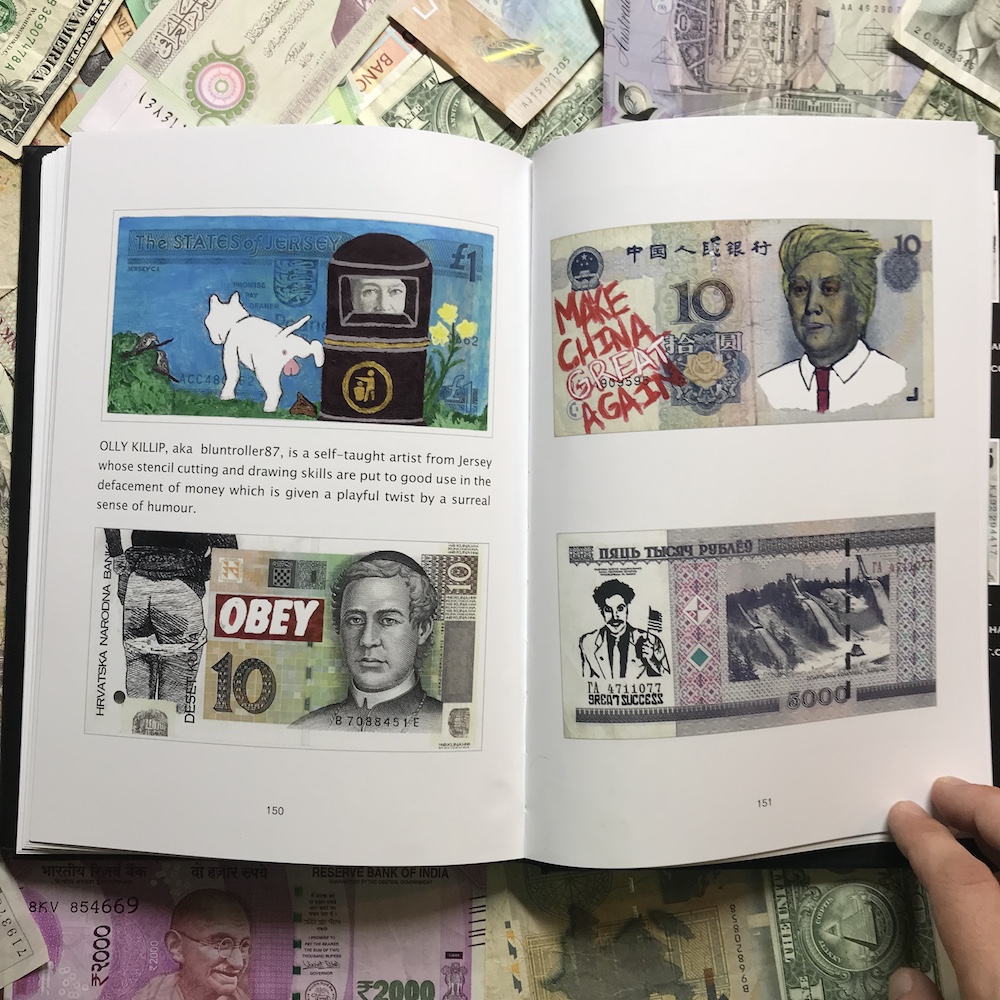 Pictured: Olly's banknotes were featured in the book 'Cash is King.'

Olly says he continuously tries to push himself to try new things and one of his experiments paid back big time this year. Bob Osborne, a ‘mixed media artist’ scouting for money artists, contacted Olly after seeing one of his graffitied banknotes, a portrait of Heath Ledger's Joker drawn on a Jersey pound note on Queen Elizabeth II's face.

Osborne gave Olly two weeks to complete more work on banknotes, leading to two sleepless weeks for the young artist. He drew "irreverent" designs on Jersey and Guernsey notes, as well as more exotic ones his friends gave him. This included an old Chinese bank note featuring Mao Zedong, which Olly gave the 'Trump touch' to before titling it 'Make China Great Again.'

Bob Osborne liked the banknote so much he featured it in his book 'Cash is King’ along with three other banknotes "defaced" by Olly. Famous artists such as Banksy also appear in the book. Olly's Chinese banknote was also picked among the 300 other designs published in the book to feature at an exhibition at Saatchi Gallery. It became so popular that it was the first design to sell at the private exhibition.

While he's been selling works in the UK since then, Olly said he is really excited to see his work be shown in Jersey for the first time. Some of his banknotes have been on display as part of Studio Eighteen's annual Christmas exhibition. "I have around 20 works going into it so my work is making quite an appearance," Olly said. "If my works go well it could establish me in the local art scene which would be nice as it saves flying my work to London and Paris which is what I’ve been having to do until now." 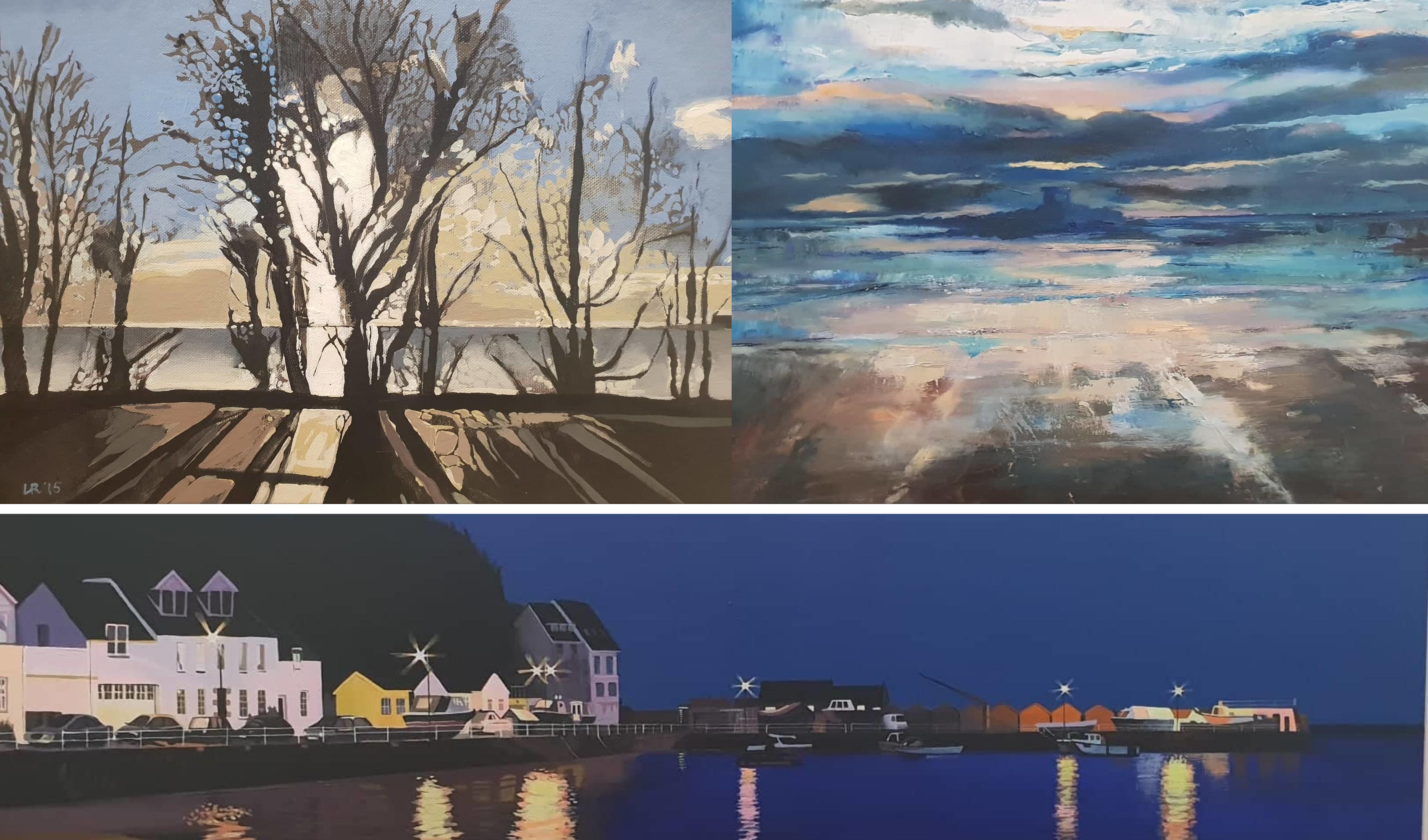 Other local artists feature in the exhibition, such as Carolyn Ainsworth, Susan Crismas-Wood and Greg Pallot. David Barnett, the owner of the gallery, said that the purpose of the exhibition is to show new work from the gallery's artists.

The exhibition includes a variety of styles, mediums, from acrylic to oils, and subjects, from atmospheric landscapes to traditional Jersey scenes, including some more abstract ones.

"Our philosophy is to keep works of all different types of art that suits everyone taste. There is something for everyone," said Mr Barnett.