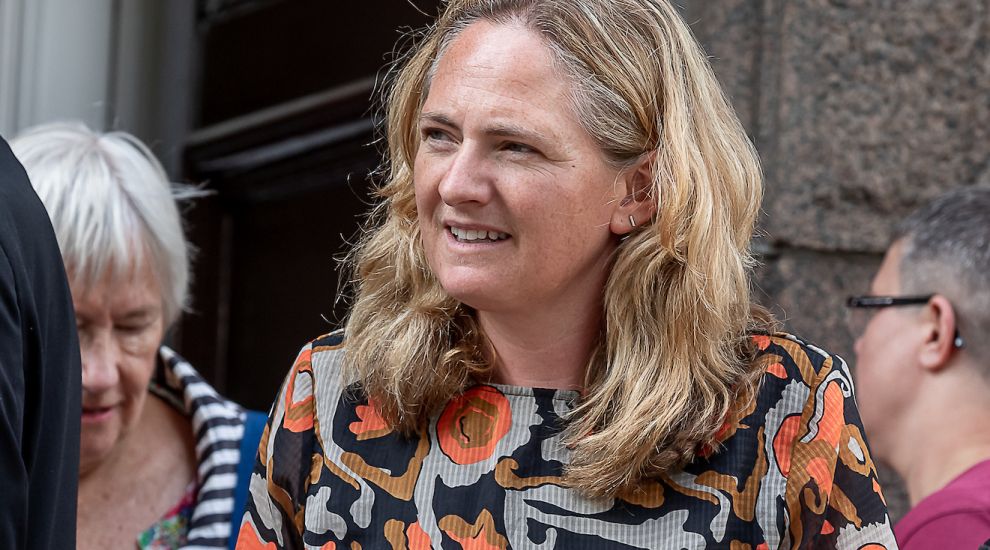 The Government has announced it has appointed a dedicated 'Minister for Energy and Climate Change' as part of the island's drive towards net-zero carbon emissions.

Deputy Hilary Jeune - an Assistant Minister who has now been given official responsibility for areas relating to climate change - will be representing the island at the United Nations' COP27 conference in Egypt in November.

A newcomer to the States Assembly in June, Deputy Jeune was previously based in Brussels for 13 years working for Oxfam and the Fairtrade movement, going on to run her own international development consultancy and work for clients including UNICEF, Jersey's Government and Jersey Overseas Aid.

The current Environment Minister delegated his responsibilities relating to energy policy and climate change to Deputy Jeune, who was already his Assistant Minister, this week.

He said Deputy Jeune's "background in scrutinising and advising international organisations on climate change policies means she is well placed to drive forward our work with real passion and ensure Jersey accelerates its carbon reduction over the course of this term of government."

Dedicated theme days will include transport, adaptation, finance and much more, allowing for in-depth discussion on each topic.

Pictured: Deputy Jeune will be representing Jersey at the next COP conference, which is taking place in Sharm el-Sheikh.

He also said creating the new Ministerial portfolio - a recommendation in the Climate Change Roadmap, whose development was informed by a 'Citizens Assembly' - "demonstrates how seriously the government is taking our responsibility to reduce emissions and to follow the trajectory of the Paris Agreement on a path to net-zero by 2050."

Deputy Jeune said she was "really excited" about the new role, and was looking "forward to working closely with Ministers, businesses, environmental organisations and all Islanders on our carbon neutral and net-zero ambitions."

"We're thankful for our invite to COP27 which is further evidence of the respect shown for our carbon reduction efforts and plans. It'll provide an opportunity to share best practice with leaders from other jurisdictions, and to learn from success stories from other small island nations," she added.

Posted by Jon Jon on Sep 28th, 2022
Should of added is she walking there? not very environmentally friendly flying is it!
Posted by Christopher Howard on Sep 28th, 2022
another fine waste of money. Jersey is 0.09 of the uks emissions and the uk is 1%of the world. What in gods name are they doing. Have a wonderful holiday
Posted by Jon Jon on Sep 28th, 2022
A day trip to the pyramids on the cards then.Quite honestly with everyone having to tighten their belts with the high cost of living, now mortgages increasing ,the last thing I certainly have on my mind is climate change and carbon neutral, this will never happen lets be honest, but with two greenies at environment that's all we will have pushed at us!
Posted by IanSmith97 on Sep 28th, 2022
So we are sending a delegation to this when the Island is responsible for one sixtieth of one per cent of the earth’s emissions. Nothing we can do, think, say, dream or have nightmares about will have any effect whatsoever on the climate.
I am not against us sending politicians or civil servants to conferences when something may be achieved but this is just posturing.
Posted by Svante Arrhenius on Sep 28th, 2022
Yet more worshipping at the Green altar.
The whole of Europe is in dire straits regarding energy security, with potentially catastrophic energy shortages. Jersey on the other hand, an Island that is leagues ahead of virtually all other jurisdictions with our carbon emissions, is getting excited about going to COP27. Let's consider how successful the previous 26 COPs have been. I had hoped for more.
Posted by Jo Collins on Sep 28th, 2022
When will people understand that it is the per capita emissions figures they should be concerned about and not the total island population as a proportion of the world's?

We import pretty much everything we consume and we are one of the wealthiest populations in the world. This means we each, on average, contribute far more emissions from our life habits than someone from China.

It's therfore about time YOU take responsibility for what you have done.
Posted by Simon Langlois on Sep 28th, 2022
How desperately sad that there are still people who think (or perhaps just say) that we needn't bother to do anything about climate change because of our population/geographical size. If every community in the world had that selfish view, nobody would do anything about climate change which is the biggest threat we all face.

They need to spend less time online spouting ignorant nonsense and instead spend a little time reading up on what's actually happening with climate change, if not for their own sakes then for the sake of future generations.
Posted by Peter Styles on Sep 28th, 2022
The cost of living crisis is largely driven by fossil fuel prices so, even if you aren’t bothered about climate change, there is a strong economic argument for decarbonising economies
Posted by Scott Mills on Sep 28th, 2022
Jo Collins, just like the UK...we are an island.......have a long think about that. So you shouldn't go on holiday from now on, unless you kayak or canoe there, or drive anywhere. Are your related to Greta?
Posted by Jo Collins on Sep 30th, 2022
Scott I have thought about it, and I've thought about all the stuff I bought that I didn't really need. We have a society that is encouraged to consume so the global order of Bezos, Musk, Zuckerberg and co can get richer. These people do not care about us or the world at large. It is a fact these people realise what is coming and are already using their wealth preparing their own contingency plans that don't involve us.

We in the west have to realise soon that unless we radically alter our way of lives life is going to become extremely difficult in the next 50 to 100 years. So yes I'm sorry but no more holidays until we can go somewhere without emitting large amounts of hydrocarbons. Besides, as far as staycations go Jersey ain't that bad!

I'm not related to Greta, but like her I don't suffer from the myopia many people like you do.
To place a comment please login Login »