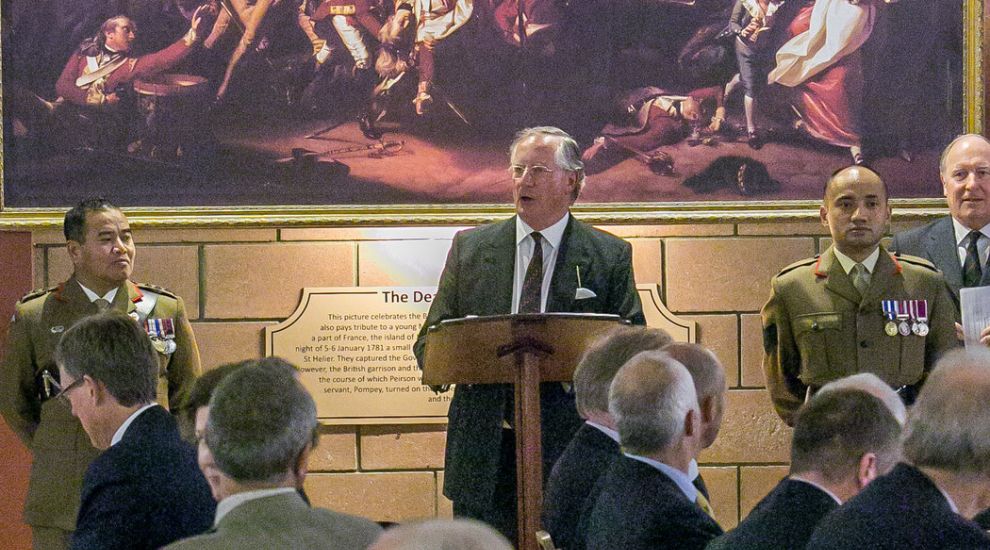 A new charity has been established to celebrate the Island’s links with the Gurkhas – one of the Armed Forces most respected and feared regiments.

There are at least nine ex-British Army officers who served with Gurkha units in Jersey, six of whom are trustees of the Gurkha Welfare Trust Jersey – a charity set up to raise funds towards welfare and humanitarian work in Nepal, where Gurkha soldiers come from.

A series of events is planned to mark the bicentenary of the Gurkhas next year – including plans to bring the Gurkha Band of Pipes and Drums to lead three days of celebrations.

The charity was launched at an event last week, at which two serving Gurkha chefs came to prepare a traditional Bhat curry, and at which the audience were reminded of Prince Harry’s words that “There is no safer place to be than by the side of a Gurkha.”

Islanders who served with the Gurkhas include Lt Cols John Pinel, Frank Falle, Richard Lewis, as well as Nigel Hodges, Steve Gadd and David Lapidus, all of whom are joined as trustees by former Senator Pierre Horsfall.

Sir John said: “Our country owes a great debt of honour to the Gurkhas and the Gurkha Welfare Trust Jersey looks forward to upholding this on the Island, which has its own experience of conflict and warfare and an enduring connection with the Regiment.”