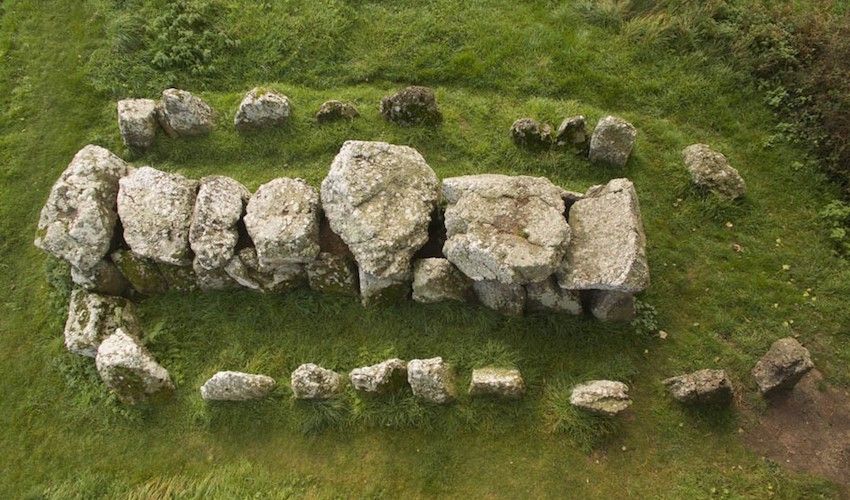 The island is set to host a major national conference celebrating archaeological links between Britain, the Channel Islands and France, which is expected to attract academics from across the UK and France between 14 and 16 June.

‘Neolithic Connections’ has been organised by The Prehistoric Society - the national body formed in 1935 to bring together specialists in a period for which Jersey is becoming increasingly renown.

Jon Carter, Director of Jersey Heritage, welcomed the conference as a further example of the international significance of Jersey’s prehistory and the growing interest on the part of academics in carrying out research here in Jersey.

On the first day of the event, visiting delegates will have the chance to visit a number of Jersey’s most important Neolithic sites, the majority cared for by Jersey Heritage or the Societe Jersiaise, including La Hougue Bie, the Pinnacle rock and a number of the island’s dolmens.

The conference’s keynote speech will be given by Dr Chantal Conneller from the University of Newcastle who will speak on ‘Jersey before the Neolithic’, connecting with much of the research currently taking place in the island as part of the Ice Age Jersey programme.

Pictured: The conference will bring together local and visiting academics with a specialism in prehistory.

Other speakers include academics from the universities of Southampton, Durham and Birkbeck College London, as well as visiting experts from Rennes and Paris, and Jersey Heritage’s Curator of Archaeology Olga Finch.

The society’s president Professor Clive Gamble, described by the UK Department for Culture, Media and Sport as “the UK’s foremost archaeologist investigating our earliest ancestors”, will chair the conference.

The 2019 conference, which takes place at the Pomme d’Or Hotel, celebrates the achievements of Dr Alison Sheridan, Curator of Early Prehistory at the National Museums of Scotland, herself one of the speakers.

Get crafty with your wrapping