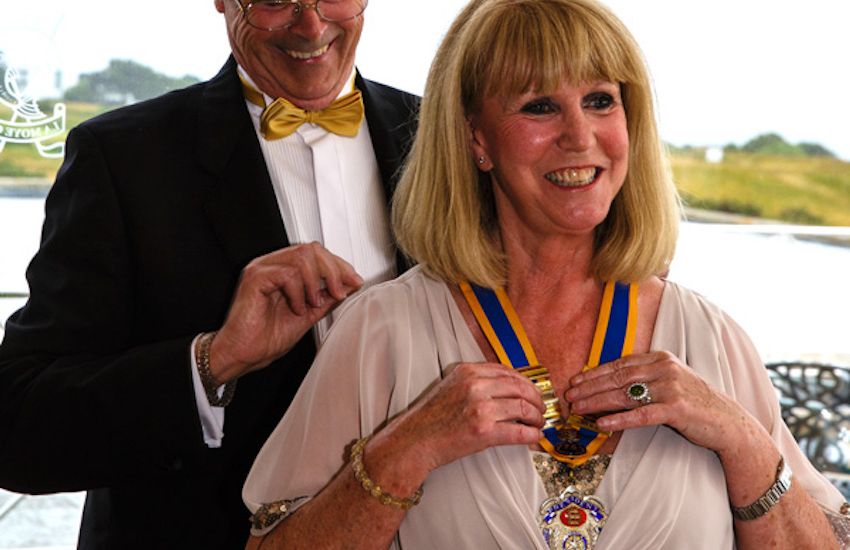 A dedicated local aid provider, who has recently been involved in distributing devices to store water safely in poorer nations, has been made an MBE for her work with the Jersey Overseas Aid and the Rotary Club of Jersey.

As a Jersey Overseas Aid Commissioner for 12 years, Toni Roberts led a number of working parties on overseas trips to places such as Ecuador, India, Rwanda, Uganda, and many more.

She “thoroughly enjoyed” all of these trips, most of which involved building something that would have a lasting impact on the community there, including teacher accommodation and hospitals.

Toni also worked extensively with the Rotary Club of Jersey, and was even President of the club from 2013 to 2014.

One of her particular highlights was being the Treasurer of the club’s Christmas Appeal.

“We worked with a number of families facing difficult times and it was wonderful to receive messages from them saying that we had made their Christmas special," she told Express.

In addition to locally, she has also served the Rotary Club at a wider level, being both District Chair and International Chair.

One of her most recent projects involved helping distribute devices in overseas countries which can store water safely, making it available to people for nine months of the year instead of just three. This means that many women can now get jobs instead of having to walk miles each day for water which is potentially dirty.

Her primary work at the moment is working with Rotary International on their new area of focus which is the environment, particularly through the promotion of the Queen’s Green Canopy for the Jubilee.

Mrs Roberts said that it was “absolutely wonderful” to be honoured with an MBE, but expressed that she initially didn’t believe it was true.

“When the Lieutenant Governor rang to inform me about the MBE, I was actually in the midst of having covid for the second time in a month! I honestly thought that I’d somehow imagined it in my illness and only truly believed it a few days later.

“With all the work I’ve done over the years, I honestly feel like I’ve benefited more than many of the people I’ve helped.

"Being involved with such wonderful charities makes you feel so grateful and lucky for what we have here in Jersey, and I’m just incredibly humbled.”

Cows for celebration in Zambia