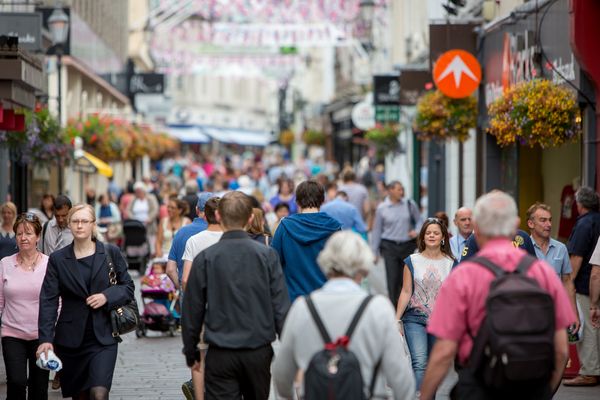 Unemployment figures show the start of positive trend as businesses become more confident about hiring new staff, according to the Economic Development Minister.

The number of unemployed people in Jersey is at its lowest level for two and a half years. Just 1,520 people are currently registered as Actively Seeking Work in the island, a drop of 500 from December 2011.

Economic Development Minister Alan Maclean said: “The figures are encouraging. It does seem to be the start of a trend in falling unemployment but there is still a long way to go. The level of unemployment in Jersey is still higher than we would like to see.”

The minister attributes the fall in unemployment to an upturn in the economy, which is encouraging businesses to take on more staff.

He said: “Recent business tender surveys show that businesses are looking to employ more people and that is feeding into the figures. Businesses, especially finance companies, are more confident and this is starting to be reflected.”

In addition, government initiatives, which are designed to get people back into work are also starting to have an effect.

Senator Maclean said: “We are continuing to work with businesses to create schemes which get more people back to work. Initiatives are having an effect and we have always said that unemployment in Jersey would be much worse if we didn’t have the programmes in place for job seekers.”

Youth unemployment is still a major concern, with States’ statistics showing that 260 teenagers are registered as ASW, an increase of 70 on the previous month. Long term-registered ASW, who make up one sixth of Jersey’s total unemployed, fell by 10 over the same period, to the lowest levels since June 2011.

Senator Maclean said: “The higher levels of unemployment for 16-19 year-olds this month is a blip, which we might expect with school leavers coming onto the work market, but we would hope many of them will be able to find jobs after the summer. The number of long-term unemployed, that is those who have been out of work for more than 12 months, has also fallen slightly, which is encouraging. We hope to see that trend continue. There’s a long way to go but we have to work hard at it and we will hopefully see the numbers fall.”