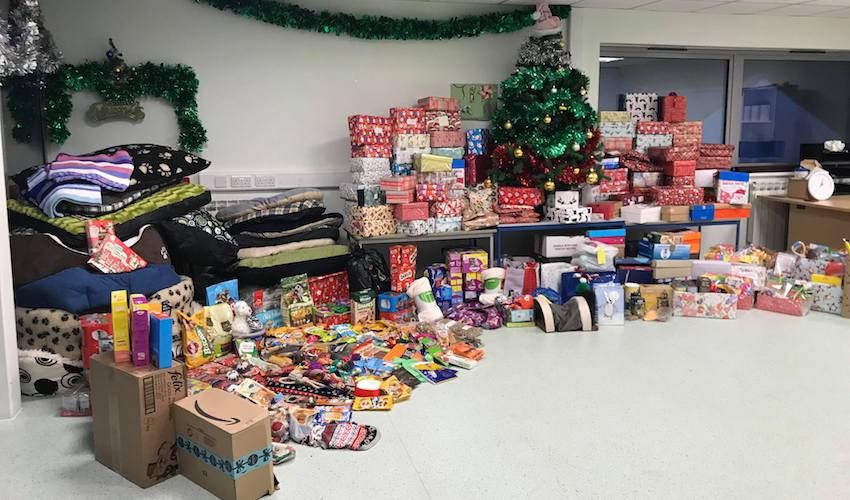 The JSPCA's first Christmas Shoebox appeal has been so successful that the charity says it has been overwhelmed with presents for its residents big and small.

The charity invited islanders to spare a thought for the pets in their care this Christmas by putting together shoeboxes filled with creature comforts like treats and toys.

JSPCA PR and Media Manager Babs Keywood explained that the animals also get excited around this time of year so the Shelter thought this was a great opportunity to make sure they have presents to open on Christmas Day too.

She explained that the shoeboxes were like an “animal equivalent” of the long-running Mustard Seed appeal where Jersey people send boxes filled with small gifts for those in need in Eastern Europe. 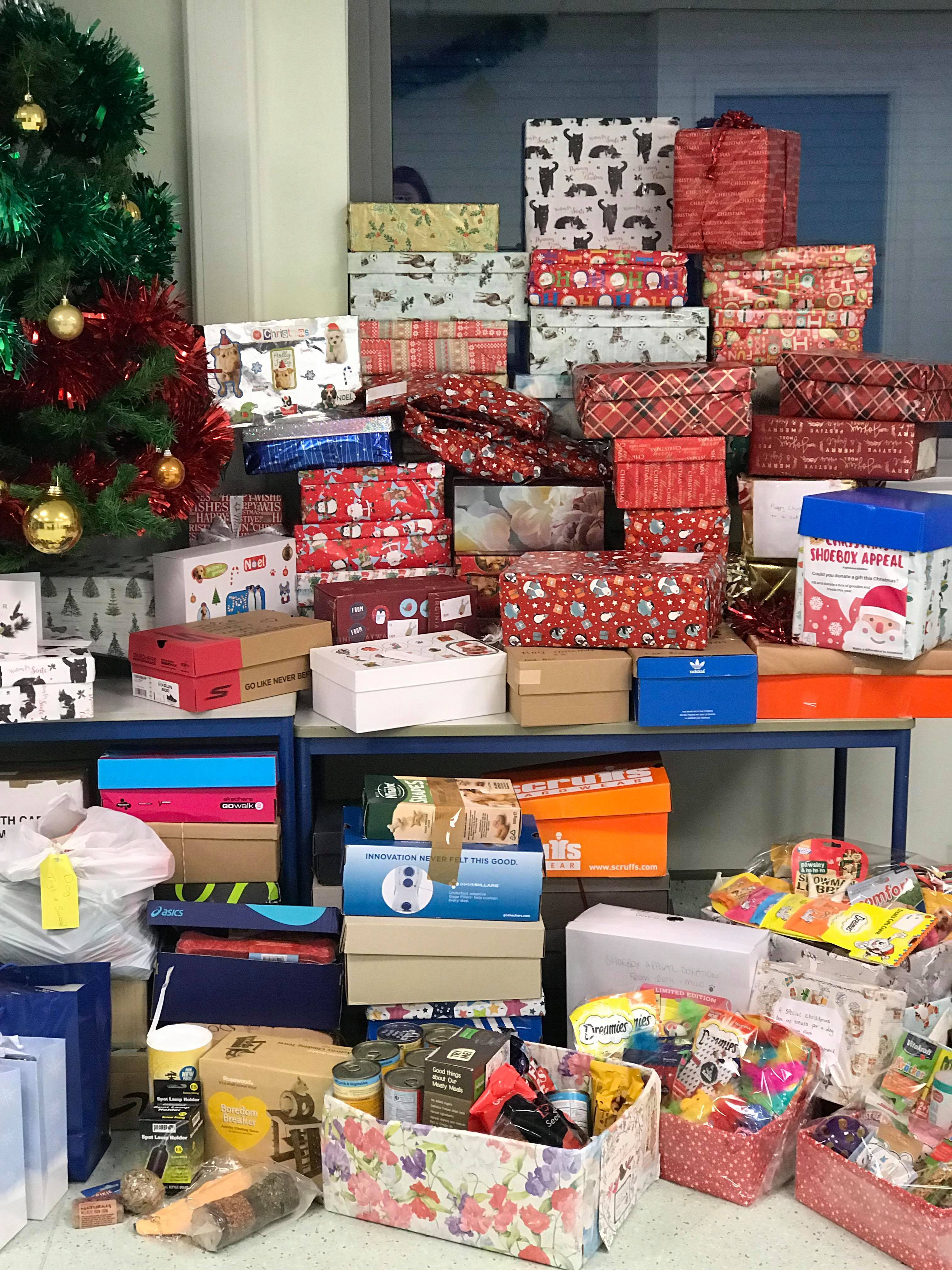 Pictured: Islanders sent dozens of shoeboxes for the animals.

To get involved, islanders were asked to fill shoeboxes with "anything that people think would make a nice Christmas gift for the animals in our care who are looking to find a new home," Babs said.

Islanders heard the call and with still a week to go before Christmas, the JSPCA says they have been overwhelmed with presents for their residents. They have received dozens of shoeboxes filled to the brim as well as hundreds of individual items.

Food pouches, tins, biscuits, as well as tasty treats have been sent from across the island. But islanders have also thought about the comfort and entertainment of the animals and bought beds, covers, hot bottles and dozens of toys, including ropes, squeaky Christmas puddings and all sorts of balls. 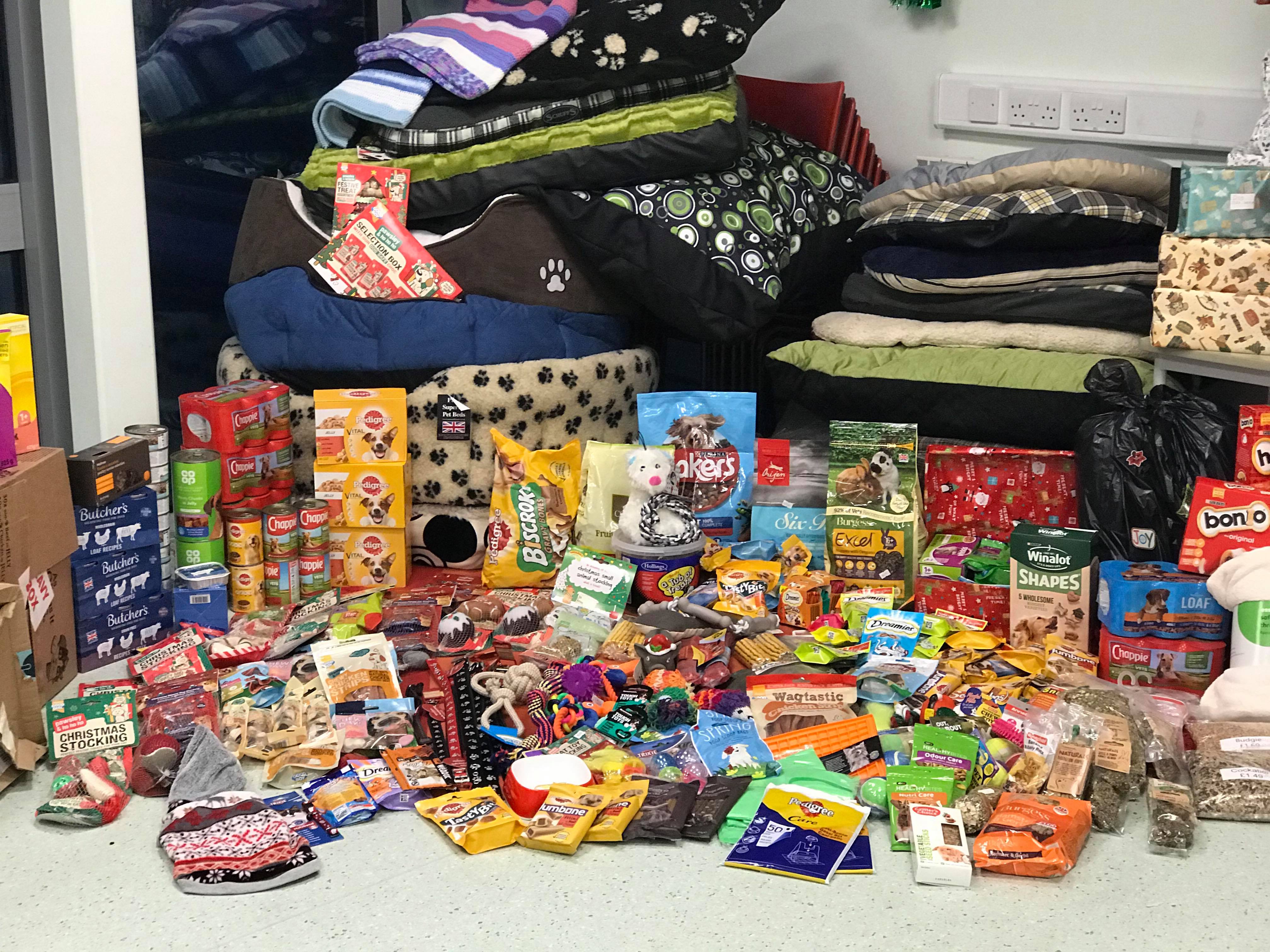 Pictured: A sample of the donations sent by islanders.

"The generosity shown by the Jersey community has been amazing and we are so grateful for all of the donations that have been dropped into us," Ms Keywood said. "It’s brought smiles to our faces seeing the presents arriving and the effort that families have gone to."

Individuals were not the only ones to get involved the charity said as local businesses also got involved by setting up collection points for their colleagues.

"It's really feeling like Christmas at the JSPCA," Ms Keywood said. The charity has also received a large number of donations from their Amazon Wish list, including over 40 Snuggle Safes, tins of dog food and poo bags which they said "makes such a difference and allows us to keep a good stock on site."

Islanders also donated personalised gifts for the shelter's residents, who each featured on a heart-shaped tag placed on the JSPCA's Christmas tree.

All the gifts will be opened and distributed amongst the animals for Christmas and shoeboxes can be dropped off until then. 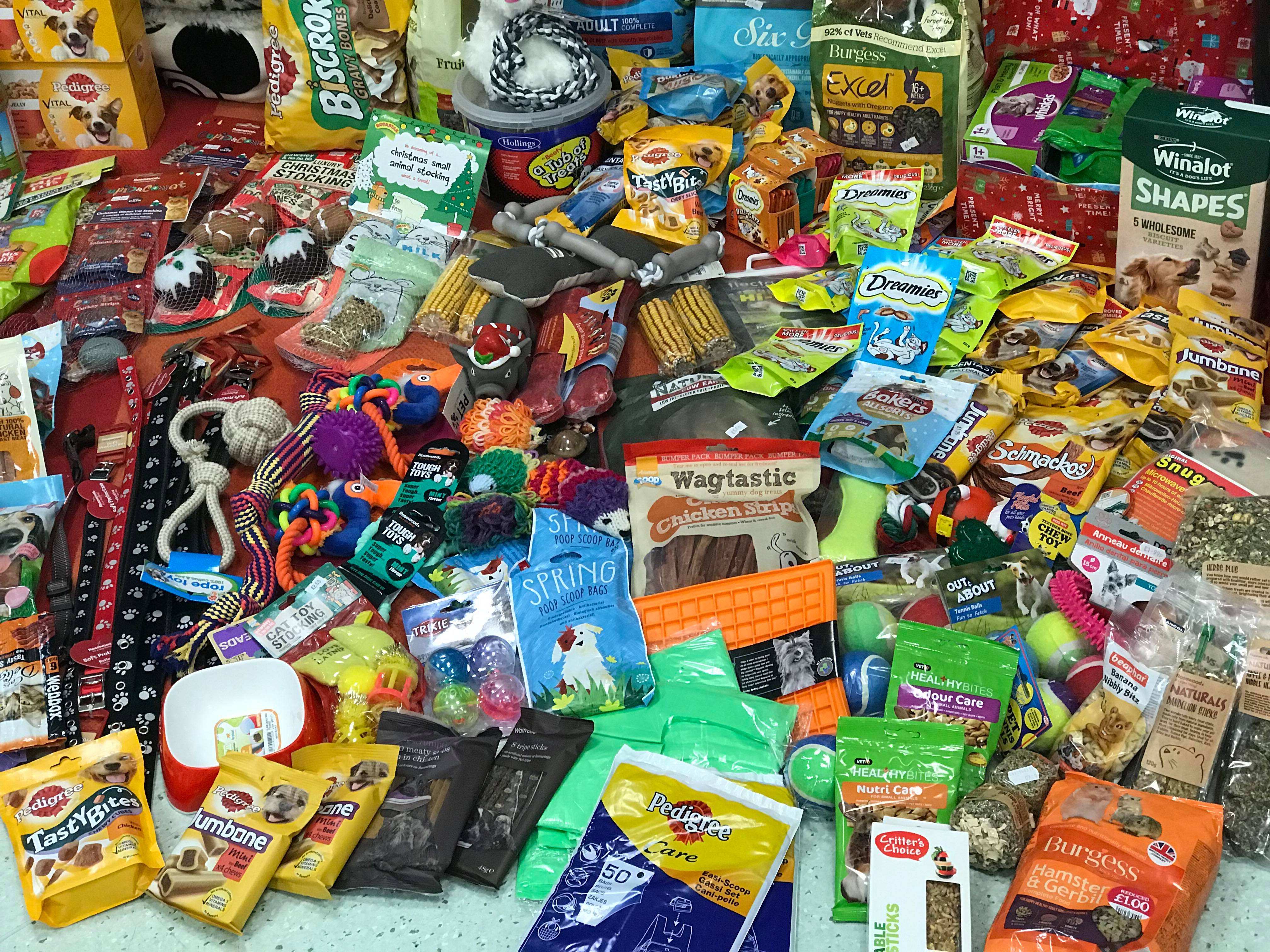 Pictured: The donations will help the charity save money.

In addition to spreading a little Christmas cheer amongst the animals who are still waiting for their forever home, the donations will lend a helping hand to the charity which is experiencing financial troubles. In just over two months, they have raised £20,000 as part of their "Save our Shelter" campaign.

"The donations will help save money too with the amount of food, treats and toys received in time for Christmas," Ms Keywood said.

Posted by John Henwood on Dec 19th, 2018
Wonderful generosity by so many, but if only people would give the JSPCA the money they spend on these animal treats. Better still, if everyone who has been kind enough to leave an animal gift would become a member of the JSPCA - annual membership is ridiculously cheap - it would go some way to saving the animal shelter.
Posted by William Boyd on Dec 19th, 2018
Bravo Mr Henwood, the JSPCA need dosh, nut furry mice for cats to play with. Nice gesture but cash is what is needed to save the JSPCA. Where would we be without it? Hope Mr Keen succeeds in his efforts to save it and puts it on a secure financial basis.
Posted by Sidi Smith on Dec 19th, 2018
Plenty of presents there so will others feeling generous please, please give cash. Squeaky toys don't pay the bills. If you are able to give £50+ and pay Jersey tax please fill out the relevant tax form https://www.gov.je/SiteCollectionDocuments/Tax%20and%20your%20money/F%20LumpSumDonation%2020140106%20jc.pdf
It's like free money for charity!
To place a comment please login Login »