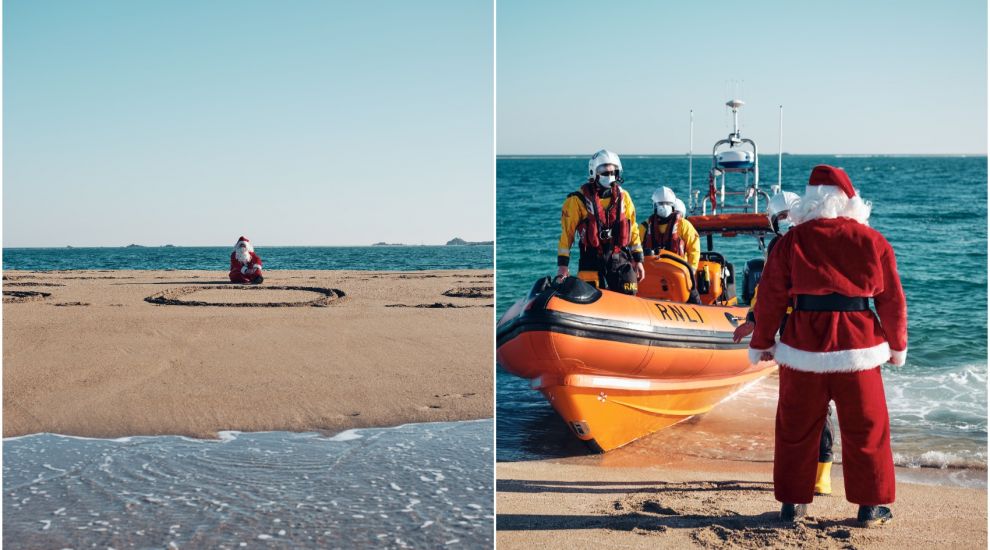 Red hat, white beard and a big fluffy coat – these were the features of a stranded stranger rescued by Jersey lifeboats this week.

Though the RNLI did not identify the elusive man, sources say that his cries of “Rudolph! Prancer!” could be heard across the entire channel.

In a statement summing up the mysterious rescue, RNLI said: “Jersey Coastguard received a strange call from a man dressed in red who reported he was stranded on a sandbank near Les Minquiers.

“He had fallen out of his sleigh during a routine test flight. Both RNLI St. Helier Lifeboats were launched to assist the intriguing gentleman who was recovered safe and well.”

VIDEO: A victim of a sleigh accident is helped to safety by the RNLI.

After feeding the festive figure some emergency mince pies and tracking down his reindeer using their hi-tech gear, he was given a ride on the RNLI’s boats before returning to his sleigh.

A video of the incident from the RNLI also confirmed that as a result, all involved in the rescue would be on the good list this Christmas.