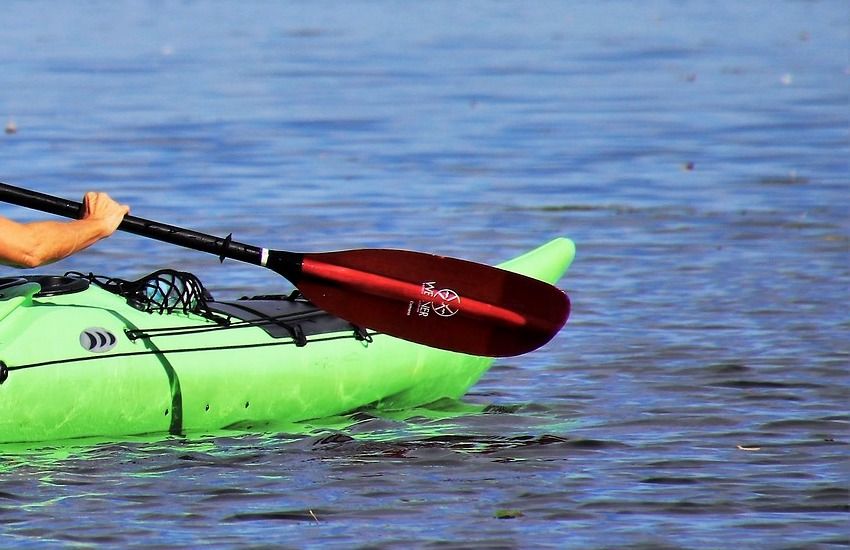 A beachgoer has been praised as a "hero" after quickly borrowing a kayak to rescue a struggling swimmer from drowning in St. Brelade's Bay.

Having spotted the man in difficulty, Nadine Nicolas, who had only recently arrived on the beach for a swim with a friend, borrowed a kayak from an unknown member of the public and paddled out to the swimmer.

She then gave him her lifejacket to keep him afloat, staying with him for five minutes before the Emergency Services arrived.

Jersey Fire and Rescue Service (JFRS) were called to the area following a 999 call to the Coastguard about a swimmer in difficulty.

Amid significant "concern and panic" from people in the area, the IRB was launched from Midbay slipway and the swimmer was hauled onto it.

"Luckily, other than being cold and embarrassed, he was uninjured and able to walk away from this ordeal," JFRS reported in a Facebook post.

They went on to praise Ms Nicolas as the "hero of the day", remarking that she "most certainly saved the swimmer from drowning".

She was thanked for her help by the IRB crew and Coastguard.

“It is very clear that Nadine’s swift and decisive actions saved this man from drowning and she must be commended for this," Crew Commander Phil Falle said.

"People need to avoid swimming or taking to the water in any way when they have been drinking alcohol.

"All too often alcohol plays a part when an avoidable tragedy occurs, or in this case very nearly happens.”