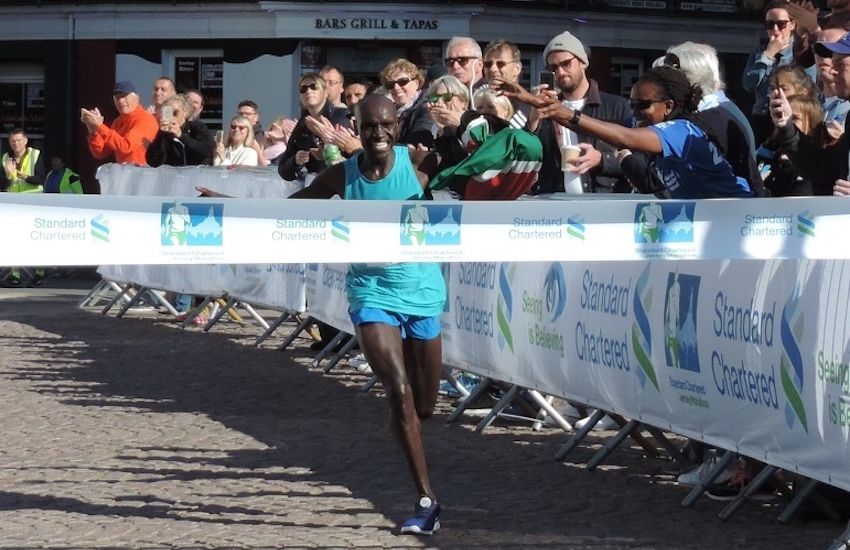 Kenyan Dan Tanui took the 2018 Standard Chartered Jersey Marathon title, beating off another eclectic field of entrants from around the world to be first over the line at the Weighbridge. Meanwhile, Ukrainian Khrystyna Bohomiahkova was the first woman home, in a time of 2 hours 48 minutes.

A competitor dressed as a Stormtrooper, islanders appearing in their very first marathon, runners in their seventies and a man running 52 marathons in 52 weeks were all among those taking on the 26.2 mile course which took them from town, through the heart of the island to the west coast and back along St Aubin’s Bay.

The event has become one of the most high-profile in the Jersey sporting calendar, with more than 500 registered for the main event and hundreds more signed up for the relay and 3K Fun Run. 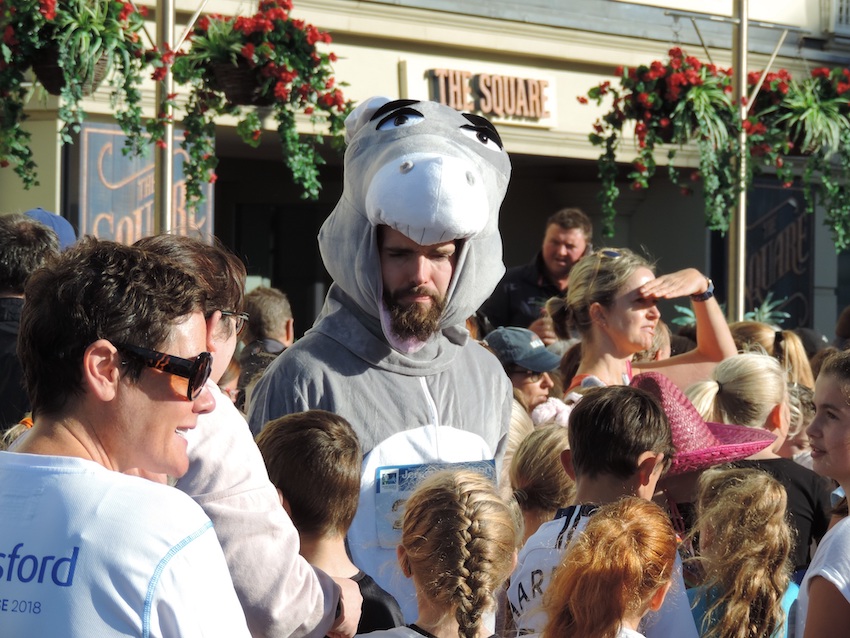 Pictured: Some took the event more seriously than others

Cornishman Peter Le Grice and another Kenyan, Jacob Yano, broke away to lead from early on and were joined by Tanui in a three-man group as they entered St Ouen at around the nine-mile mark.

Le Grice, though, briefly dropped away as Yano and Tanui entered the Railway Walk side-by-side. But they were soon back in a three-way tussle in what was building towards a fascinating last few miles.

Tanui was to be the stronger finisher, striding away to register an unofficial time of 2 hours, 19 minutes and 32 seconds, just over a minute outside the course record and less than two minutes clear of second-placed Le Grice. 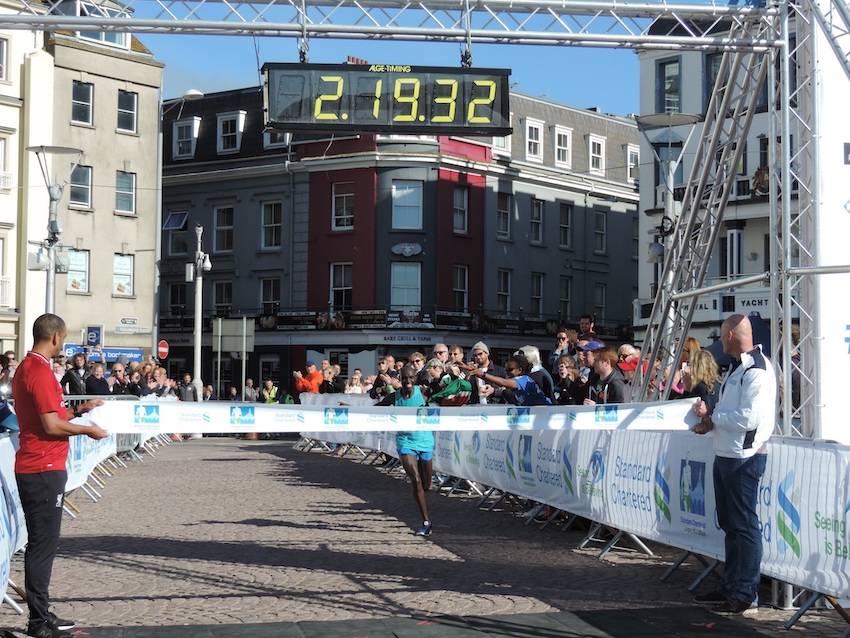 “For half of the race I just relaxed behind the guys,” said 33-year-old Tanui, who had been runner-up in the 2016 event.

“I did enough training and I was feeling strong. I’m very happy about winning it.”

Ukrainian Khrystyna Bohomiahkova was the first woman home, in a time of two hours 48 minutes.

She told Express: “The race was difficult but every professional athlete wants to win.” 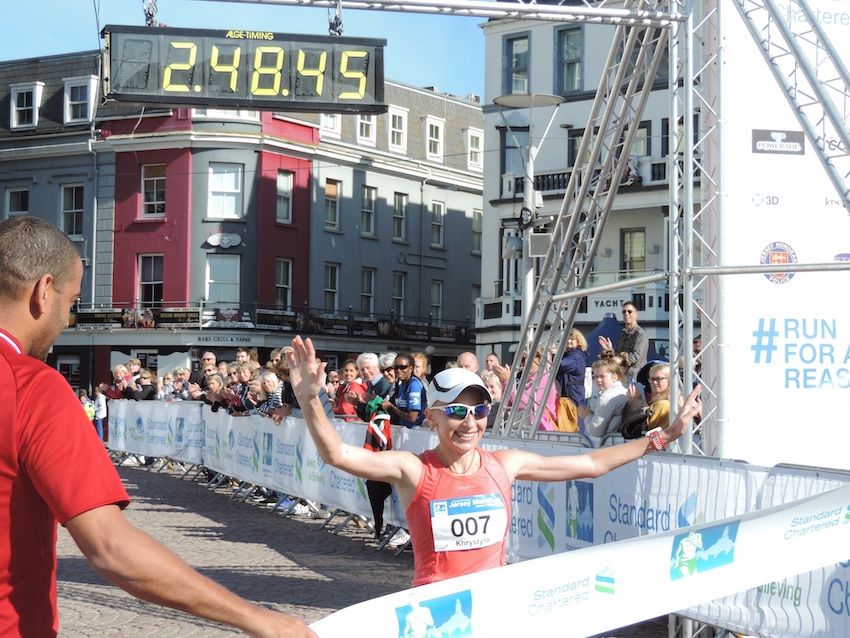 Pictured: Khrystyna Bohomiahkova, from Ukraine, was the winner of the women's race

The SportsHub men’s team were the winners of the relay event, on what was a sunny but windy October morning in the island. Meanwhile, the 3K Fun Run entry list was largely made up of school children, with 10-year-old Rory Baines taking that title by less than second in a sprint finish.

“I’m really proud of myself, it was a big surprise to win,” said the Bel Royal pupil. “I thought I was going to come fourth of fifth but I never gave up, running’s my favourite sport.” 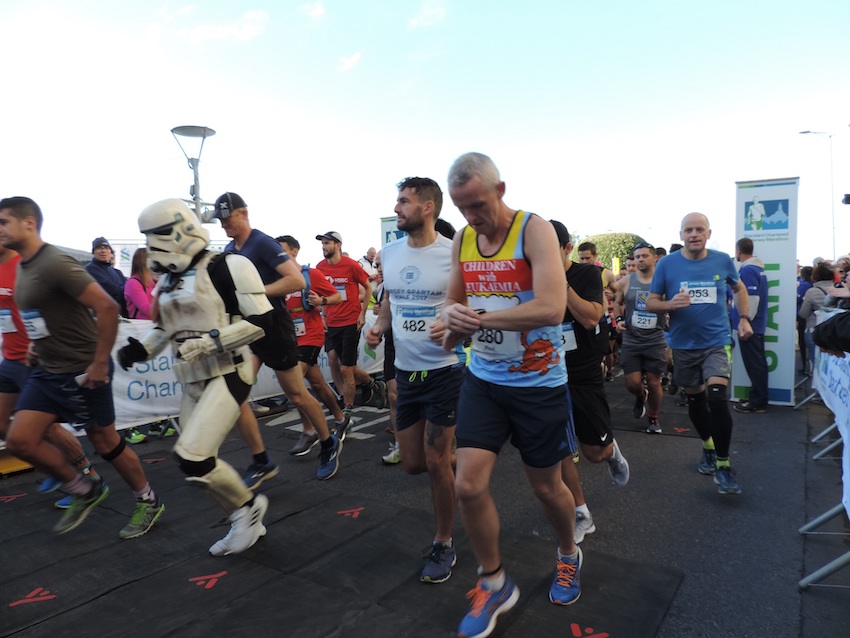 Pictured: A Stormtrooper was among the field of marathon runners