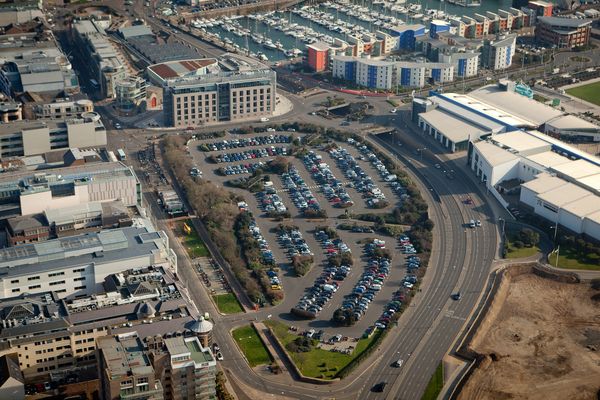 Work looks set to start on the site of the new International Finance Centre in April, but Deputy Lewis said that new spaces will be provided to cover the ones that will be lost.

Last week, Environment Minister Rob Duhamel gave the strongest indication yet that he would sign-off the second of the planned six buildings on the site, clearing the way for work to finally start in a couple of months. Although parking spaces will be lost when work begins, new spaces are being created on the other side of the main arterial road – and Deputy Lewis says the only disruption will be an extra two minutes’ walk.

The first phase of Esplanade Quarter will see an office development with six stand-alone buildings within 45,000 square metres, plus parking.

The Minister has also agreed plans for a new car park on the site. The States of Jersey Development Company has applied to build a 520-space underground public car park on three and a half levels with a new public park on the surface.

The company is now in discussions with a tenant for the second building.

Local firm Camerons and Sir Robert McAlpine Limited are the main contractors for the project.

£10k marina pollution fine less than half of investigation cost