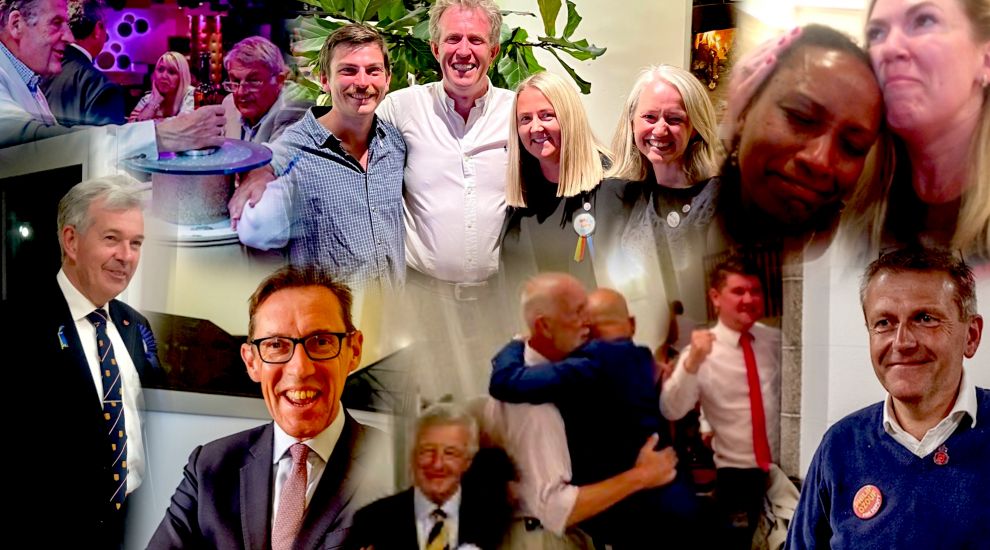 After the largest shake-up to the voting system in living memory, we always knew this election would throw up some surprising results... But perhaps voters got more than they bargained for.

From the highest highs to the lowest lows, here are the key takeaways from Election '22...

The most notable casualty of the evening was Chief Minister Senator John Le Fondré, who lost his seat in the St. John, St. Lawrence and Trinity ‘super-district’. 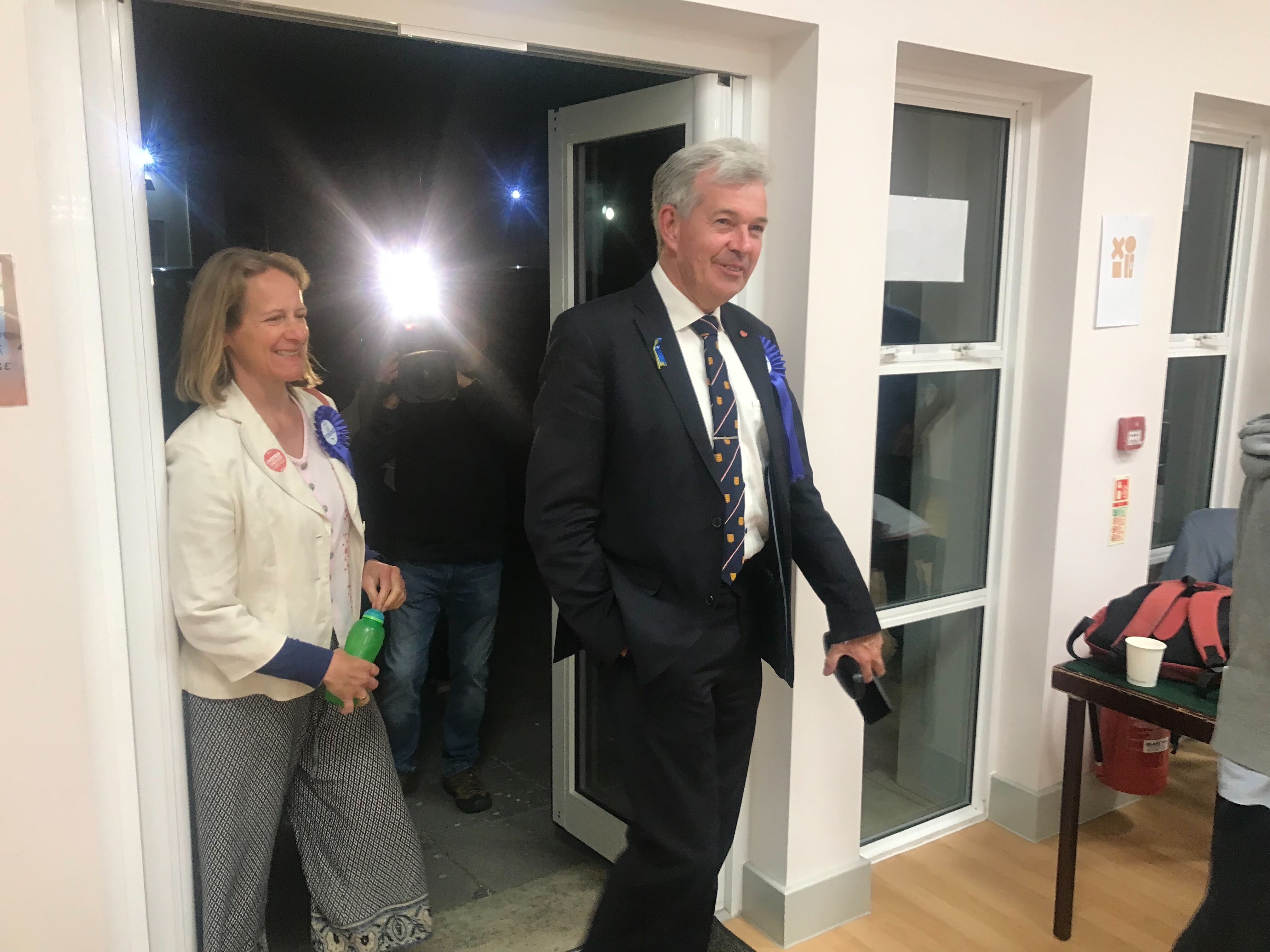 Pictured: It was all smiles as Chief Minister John Le Fondré arrived at Trinity Parish Hall for the results... until they were announced.

The Alliance's Deputy Rowland Huelin, who stood in the western 'super-district', faced the same fate.

Deputy Huelin had represented St. Peter and also been Assistant Minister with responsibility for population policy. 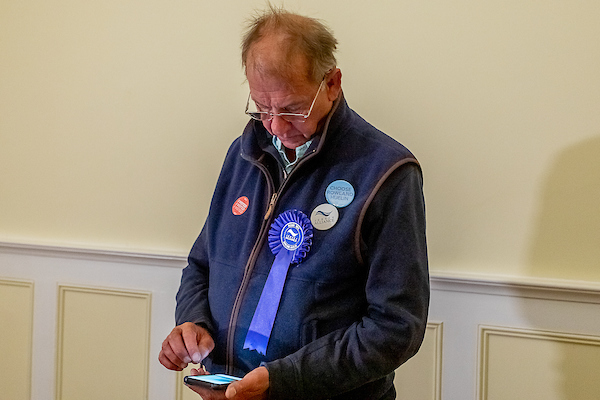 Pictured: Deputy Rowland Huelin was disappointed not to have been returned. 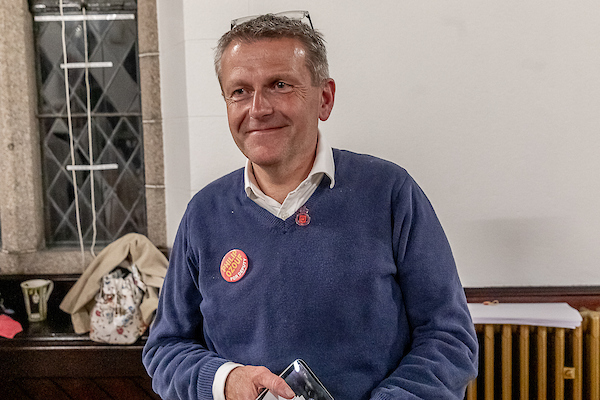 Pictured: Philip Ozouf as he learnt he would be returning to the States Assembly as a Deputy for St. Saviour.

The election was billed as one that would be the making or breaking of party politics in Jersey.

For the Jersey Alliance, which had launched itself as the 'party of Government', election night meant the party was over.

Pictured: Jersey Alliance members drowned their sorrows at the Drift Bar in the Royal Yacht - Trinity Constable Philip Le Sueur was the only one able to celebrate.

It had stood a candidate in every district – but only managed to secure one representative: Constable Philip Le Sueur in Trinity.

It even lost its leader, Sir Mark Boleat, who had hoped to be the island’s next Chief Minister. Alongside sitting Deputy Lindsay Ash, he failed to win over the parishioners of St. Clement.

Sitting Deputy Rowland Huelin, who was fighting the western ‘super-district’, also lost out.

Progress-JLC coalition hangs in the balance

It was an evening of mixed fortunes for the JLC-Progress coalition.

The party’s third Steve - Deputy Steve Luce standing in Grouville and St. Martin - did succeed, however. 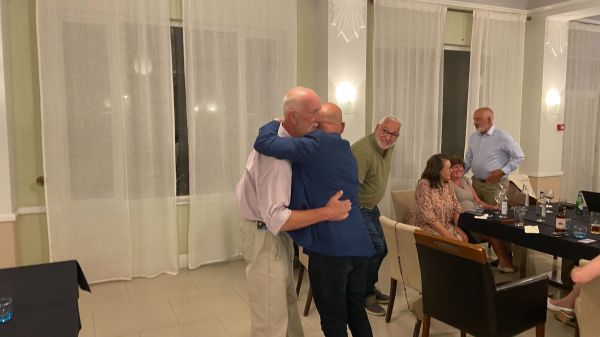 JLC Leader Sir Philip Bailhache, who both sides had agreed to support for Chief Minister, secured a spot in St. Clement, but only came third in the polls.

Former Citizens Advice and Headway CEO Malcolm Ferey (JLC), who had previously run for election but been unsuccessful, finally secured a spot in the States Assembly thanks to the voters of St. Saviour. 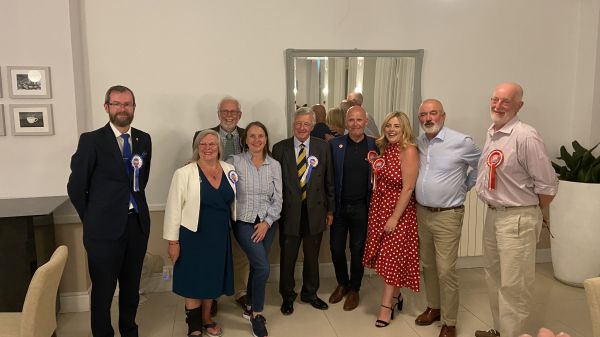 The mood was distinctly more celebratory for Reform, however. 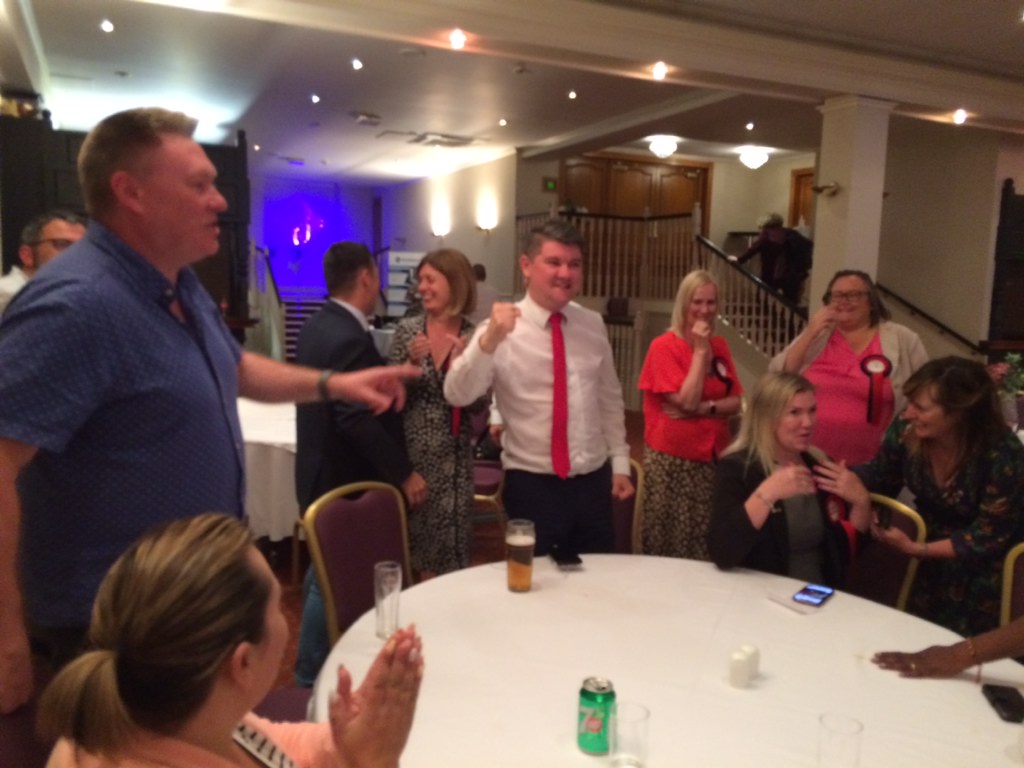 Pictured: A jubilant Reform Jersey, celebrating their increase to 10 seats, up from five.

Montfort Tadier was returned to St. Brelade, though his running mate Nigel Jones was not elected, while Raluca Kovacs took one of the five Deputy spots in St. Saviour.

And there were two other key achievements: St. Helier South’s Beatriz Porée is the first black States Member, while Raluca Kovacs is the first one of Romanian descent. 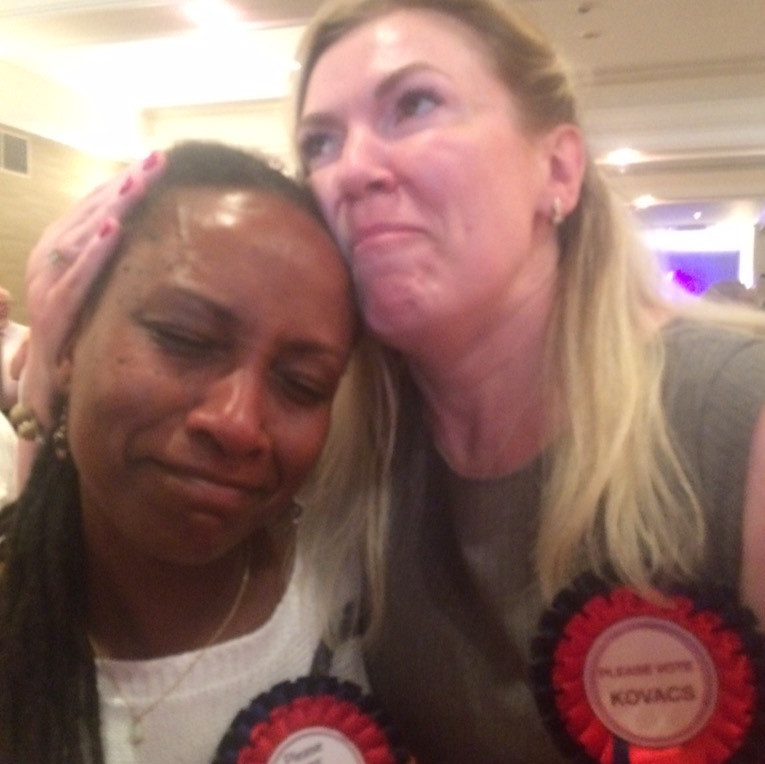 It’s not the first time Reform has made history: in the 2018 election, Carina Alves became the first States Member of Portuguese heritage.

She topped the poll in St. Helier Central this time round.

A turning point for Jersey. A better way lies ahead. #JSY22 pic.twitter.com/tgAOU7zjRO

Cooper and Co’s David Warr took one of the seats in St. Helier South, while Alex Curtis topped the poll in St. Clement.

Who will be Chief Minister?

Those who have officially thrown their hat in the ring so far are JLC-Progress’ Sir Philip Bailhache and Senator Kristina Moore.

However, Sir Philip only has the definite backing of Steve Luce (Progress) and Malcolm Ferey (JLC).

Kristina Moore will be able to count on the support of the three other Better Way candidates, while St. Peter Constable Richard Vibert has also thrown his weight behind her.

Reform Jersey’s leader, Senator Sam Mézec, has not stated whether he will be going for Chief Minister.

With 10 candidates, the party is sure to play a key role in the big decision.

Former Chief Minister Senator Ian Gorst was returned to St. Mary, St. Peter and St. Ouen. He previously said he wishes to continue with his current portfolio. Speculation had nonetheless been mounting that he may go for the top spot again, but he told Express again tonight that he wishes to remain External Relations Minister. 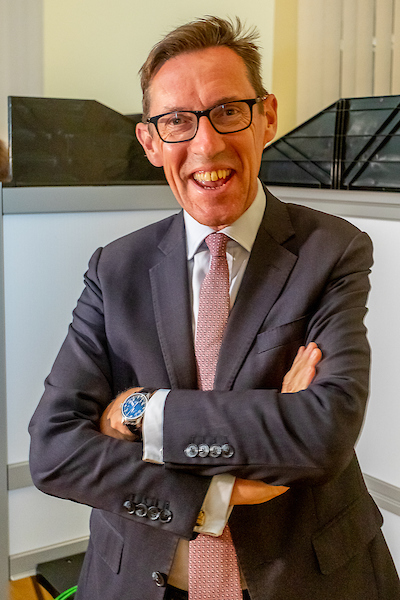 Senator Lyndon Farnham, who narrowly made it into the same district, ran for Chief Minister in the 2018 election. It’s not yet clear whether he’ll have another stab.

How did ‘none of the candidates’ go?

Eight Constables faced an uncontested election, meaning ‘none of the candidates’ appeared on their ballot paper.

None was ousted by the alternative, however.

Despite a dedicated campaign against him, St. Brelade's Constable Mike Jackson secured another term. 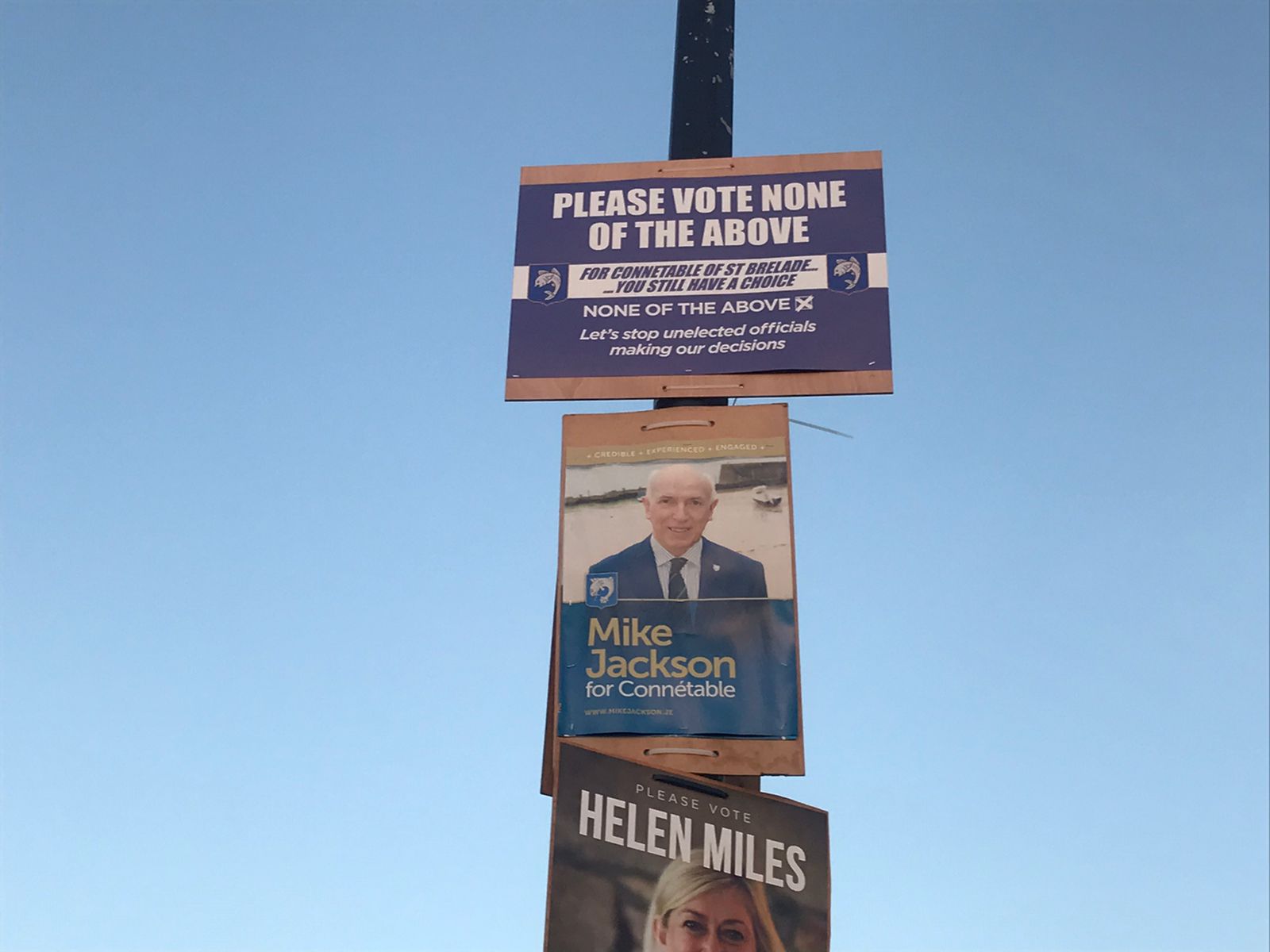 Pictured: One of the 'NOTA' posters against Mike Jackson in St. Brelade.

Here's everything you need to know about Election 22 disassembled in just two minutes...