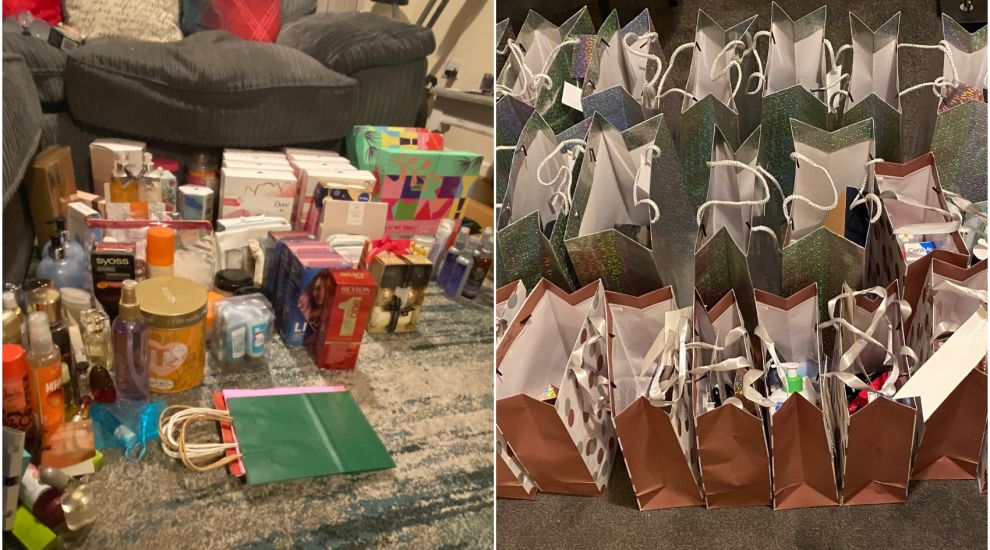 After helping a teenager through bereavement, raising money for a terminally ill woman’s wedding of her dreams and scores of others in need over the past year... islanders focused on promoting “kindness” have now turned their attention to collecting pamper products for the island’s homeless.

Launched on the 'Jersey - Acts of kindness page' last month, the appeal for the "small luxuries we take for granted" has a personal significance for group founder Claire O'Connell, whose father and other family members have needed the help of shelter and refuge charities before.

The campaign is currently asking islanders for products around "skincare, make up, perfume, toiletries, aftershave deodorants and even slippers" to fill up the packages and help "make others feel good". 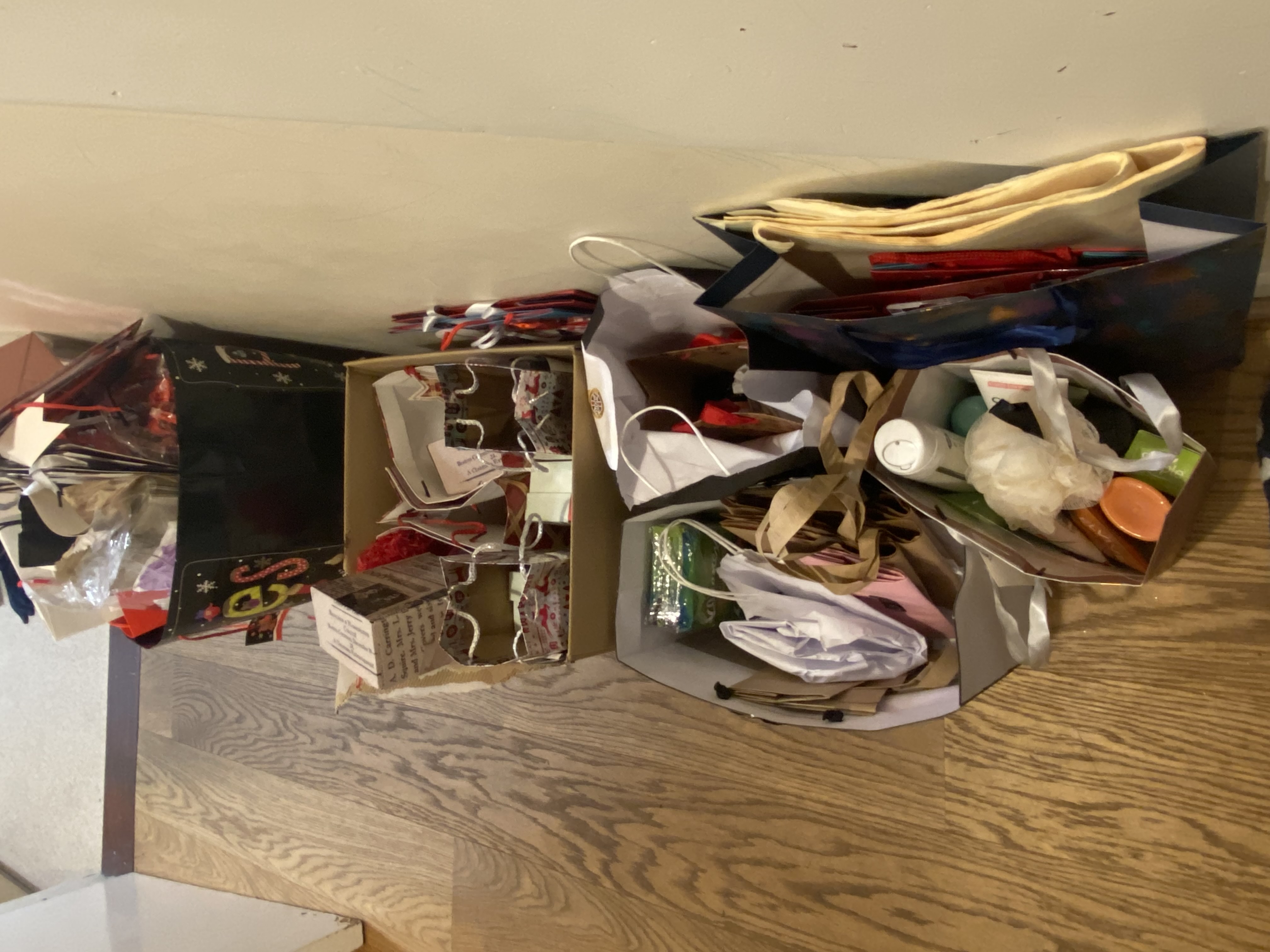 Pictured: Claire said how in just a week, her lounge has become a "Santa's grotto."

The 'Acts of kindness' page was set up at the beginning of the pandemic, to "create a group for acts of kindness during these difficult and uncertain times, to add some positivity to our community."

Initially racking up over 3,000 members within its first month, the group has now climbed to a membership of 9,600 islanders wanting to share the love and generosity.

"Since its creation it has evolved considerably," Claire O'Connell, the group's founder, explained to Express.

"Our small local businesses, who themselves were struggling with the ripple affect of covid gifted some awesome prizes. Almost £900 was raised for Love Thy Neighbour and Caring Cooks via Just Giving."

These acts of kindness continued through clothes giveaways - which saw "hundreds of bags" donated, working with Barannes Juice and health for storage, and gifting people each week through vouchers from the Co-op, as well as donations from Morrisons, Fungi Delecti. "The list is endless," Claire added. 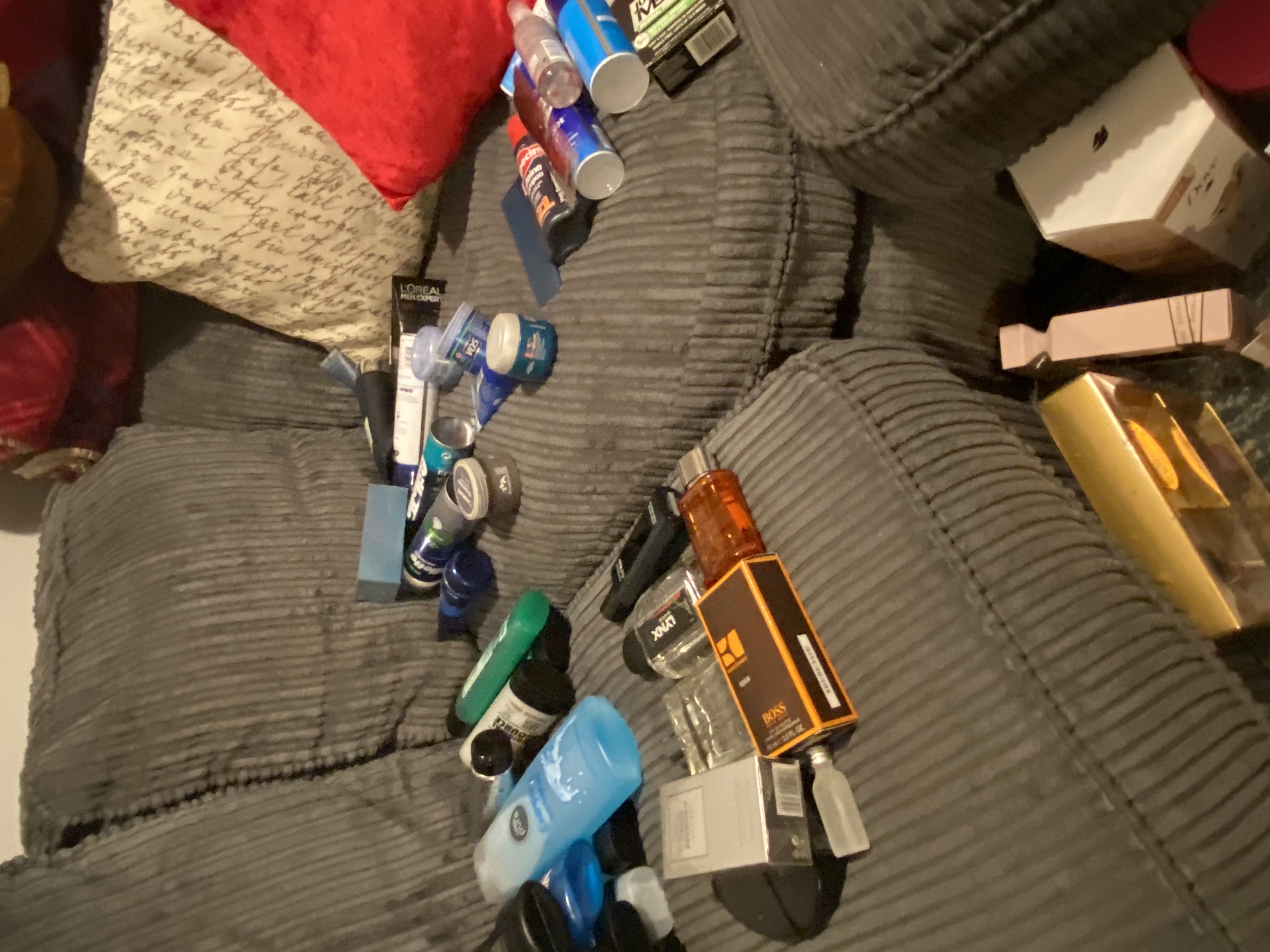 Pictured: The campaign is currently looking for "skincare, make up, perfume, toiletries, aftershave deodorants and even slippers" to give homeless islanders who a luxury 'pamper package.'

Describing some individual acts, she outlined how the group had seen "a young teen bereft of her mother... gifted hundreds of pounds of Amazon and clothes vouchers, a young lady battling cancer was gifted an overnight stay at a hotel, people were gifted staycations, Zoo passes, Jersey Heritage passes to name but a few."

She also described how the group assisted "in raising money for a young terminally ill lady to have the wedding of her dreams."

The appeal for the latest campaign for the homeless was originally put out on 25 November, and Claire said the response has been so great that her home is now packed with donations.

"They deserve to be able to look nice, to smell nice, the small luxuries we all take for granted every day.

"Self care is so important - just because someone is homeless it should not mean they don't deserve the luxury to pamper themselves in some small way. They are actually more than worthy.

She said that this campaign will "help out every homeless charity, leaving no one out", name-checking The Shelter Trust's resettlement units, as well as Sanctuary House, Silkworth Lodge, Clarevale and the Woman's Refuge.

She also highlighted the Jersey Association for Youth and Friendship, which gives shelter to 18 to 25-year-olds and Claire said is often overlooked.

"All 26 of their residents have been gifted a bag with a gift set and a £15 voucher, courtesy of one of our group members and some of her friends, I have included other gifts including socks, mobile top up cards so they can chase up job opportunities and contact their friends to prevent isolation." 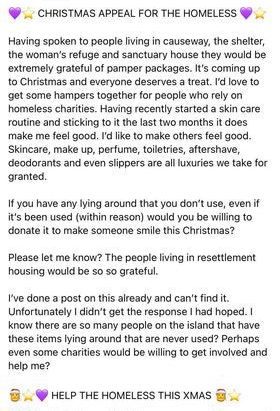 Pictured: The 'Acts of Kindness' Facebook group currently has over 9,000 members.

Speaking about the personal significance of the campaign, Claire said: "My Dad lived in the shelter, in the carparks, on the streets, here and in London for many years.

"Other family members and friends have relied on homeless charities. I myself have been in Silkworth and Clarevale, many years ago recovering from addiction and mental health.

So far, the 'Acts of Kindness' group has already given some of the packages to some of those living homeless shelter Aztec House, which she said were met with "with tears of gratitude."

"...To be able to take these beautiful souls and be blessed with the trust of them sharing their story, battling alcoholism and being sober for a number of months whist being surrounded by people in active addiction the strength of character blows me away," she added.

"The kindness of our islanders who have supported this initiative, many going out specifically to buy presents for strangers they don't know and will probably never meet, the love in that act is the core of our humanity. I am incredibly grateful to everyone."

CLICK HERE to joining the group and get involved in the campaign.