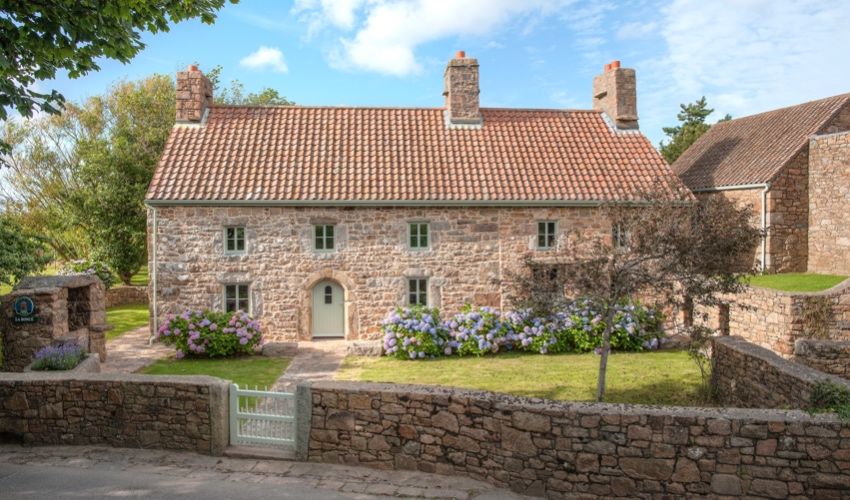 The National Trust has said that the recent sale of a 17th century property in St. Ouen was above board and the price was fair, but – on reflection – it would have been better to sell it by formal tender.

Last month, the Trust sold La Ronce in Route de Trodez for £1.5m following an unsolicited offer from a local family made a year ago.

The charity had bought the property in 1987 and carried out an extensive programme of repair and refurbishment.

After the sale was announced, a number of islanders criticised the sale process and questioned whether the agreed price was a fair one for such a historic granite property in the countryside.

But National Trust Chief Executive Officer Charles Alluto said that it had always been the intention to sell the property to raise money to fund other projects.

“The trust had been considering selling La Ronce since it restored it,” he said. “It was always our intention to put the building in good order but not necessarily hold on to it.

“Over the years, whenever the trust has been short of cash, which happens because of the projects we undertake, there has always been the discussion of whether it is time to sell La Ronce.”

Mr Alluto said that the trust had offered a 99-year lease on the property on the open market ten years ago.

“We had some offers of interest but everyone wanted to negotiate, either the restricted covenants or they wanted to do extensions, which we weren’t happy with,” he said.

“We therefore failed to secure a buyer, so we took it off the market and rented it out. Then, just before covid struck, we got it valued again because we were going to put it on the market again.

“At that time, it was valued at £1m. Then covid struck, and the most important thing for us was to secure our income stream, so we put it back on the rental market and got a tenant in as soon as we could.

“After covid, we received an offer from someone who must have heard that we were thinking about selling it before the pandemic. We got two valuations and, initially, their offer was below the valuation, and we told them that they had to match it, which they did.

“We accepted that. Looking back, should it have gone on the open market? If it had, the people who have purchased it would have made the same offer and it would have come off the market pretty quickly. All we would have lost was estate agents’ fees.”

Mr Alluto said that the most transparent process would have been going to ‘best and final offers’ but that would have been complicated by the restricted covenants on the La Ronce.

“The purchasers agreed with the restricted covenants and accepted everything we wanted.”

He added that the buyers had no relationship with the National Trust.

“Immediately when they said they were interested, we went to two agents to ask what the value was, and initially the offer wasn’t high enough.

“Another 12 months on, it looks to some people that it was undersold, but equally we had made that deal 12 months earlier. You have to look at it in that context.

“The reason we didn’t complete at that time is because we had sitting tenants and we had to wait a year for their lease to expire. We signed a contract, and the new owners paid a significant deposit, so the deal was done 12 months before we announced it.

“That said, we have learnt from it. The trust and other charities are under a lot more scrutiny and they have to adapt accordingly.

“If we are going to sell a property in future, the most sensible thing would be to ensure that it does go out to a formal tender. We take on board what people have said but, equally, what we can say is that we are very comfortable with the figure we achieved.”

Mr Alluto added that La Ronce looks a lot bigger than it actually is.

“It is a very typical Jersey house, in that when you go inside, it is not that big. Really, it is a cottage. When it was originally built, it was a two-up, two-down.

“You would have gone through the central doorway and it was partitioned either side and then two bedrooms upstairs. There is an extension, which gives it a reasonably sized kitchen-diner, but it still only has one small family bathroom. It has steep stairs and it really is only two-and-a-half bedrooms.”

He said the covenants included not changing the front of the building or the internal layout.

The money from La Ronce will be used to renovate La Vallette in St. John, which includes refurbishing the main house and converting its outbuildings.

Posted by john garner on Sep 20th, 2022
Oh the old "lessons learned " scam
Posted by Private Individual on Sep 20th, 2022
Yes, the lesson learned is not to get caught!
Posted by Tim Charman on Sep 21st, 2022
This is even worse than I thought. So the buyer was able to put a call option on the house to get all of the market uplift on 1.5m worth of asset for 12 months just by placing a small deposit on the property and on a price not tested on the open market? How lovely for them. And the head of the charity thought that this was a good deal for the charity? Why would anyone do that? You wouldn’t even consider that for your own property, especially in a rising market. Notwithstanding an allowance for complete naiivity, it takes an incredible amount of stupidity to think that a deal behind closed doors of this magnitude for a charity so widely supported by the public would not lead the organisation into disrepute. How many people will now not trust this charity? How can the head of a charity be allowed to act with impunity and in a way that brings that very charity into disrepute with no consequences. At the best this shows an incredible amount of ineptitude…..at the worst? How incredibly sad and disappointing
Posted by Patricia Le Ruez on Sep 21st, 2022
Sorry, Can't accept that as an excuse. We all know that property would have fetched more had it been put out to tender. A modern 4-bedroom property in need of TLC has been sold for one and a quarter million !
Posted by David Moon on Sep 26th, 2022
This highlights the very raison d’être of the National Trust for Jersey. In regard to La Ronce it has acted as a commercial property developer. It now appears it is intending to do the same with La Valette. Refurbishing the house and converting the outbuildings is hardly the way to preserve historic Jersey properties.
To place a comment please login Login »

"Significant challenge ahead" to find funds for historic farm restoration