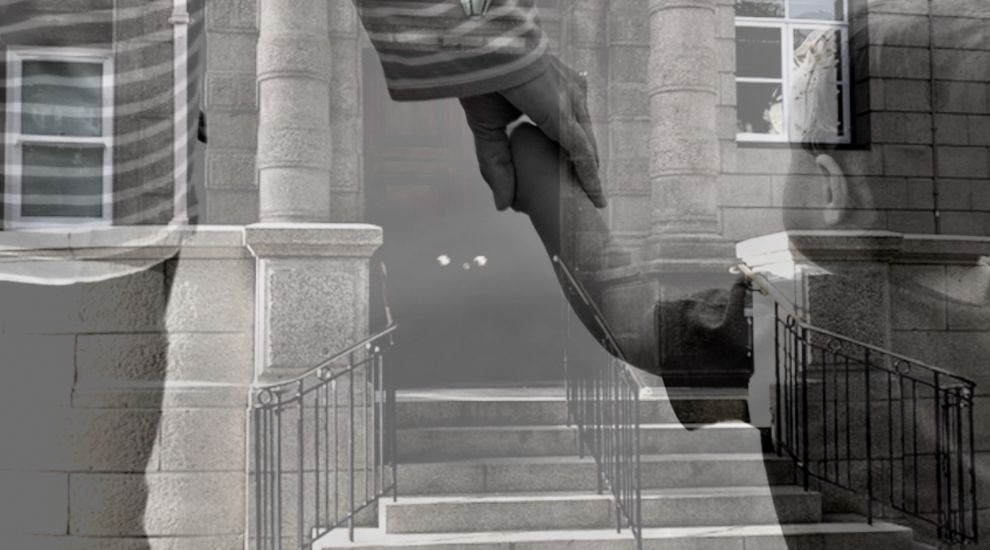 Police and Children’s Services breached human rights by removing four young children from their parents without following the correct process during an “overreaction”, a landmark Royal Court case concluded yesterday.

The parents – who cannot be named – were being investigated for potential child neglect in 2018, prompted by a comment from one of their children that a sibling had been sleeping in a cot with cardboard on top, and concerns from teachers about two of the children having toilet difficulties.

After a police officer and social worker visited the family home and saw cardboard tied to the crib, the mother was immediately arrested.

It later emerged that the use of cardboard was what Children’s Law expert Advocate Darry Robinson described as a “well-intentioned misjudgement” by the parents, who had not wanted the child to be able to escape at night, potentially falling down a nearby spiral staircase.

While in police custody, the mother – who was described as an “honest” witness by the Court – was asked to sign a form for the children to be taken into temporary care.

She was in a “terrible state” at the time, and said she cooperated as she believed “she would have the children back that evening”. She also said she wasn’t told she would be able to revoke the consent to take her children into care.

However, the children were not returned as expected and they were traumatically separated from the care of their parents for more than two weeks.

They were only returned the day after the Children’s Minister applied to the Royal Court, presided by the then-Deputy Bailiff Timothy Le Cocq, for an Interim Care Order.

The Court refused, finding that there were not grounds to believe that the children were at risk of “significant” emotional or physical harm. They found there had been an “overreaction” by Children’s Services, and noted that the mother “would have removed [the cardboard over the cot] immediately if the Children’s Service had advised her to do so.”

During evidence from one social worker, the Court heard about the trauma caused to the children by being separated from their parents and kept with social workers after the arrest. The worker broke “down in tears in the witness box” as she recalled how the parents’ “screaming and crying” son had to be put into a car “by force” because he didn’t want to leave his parents after a scheduled contact session.

The investigation into the parents was later dropped, and the family brought a claim to the Royal Court that their right to family life under Article 8 of the Human Rights Law had been breached by the Government and the States of Jersey Police in October 2019.

The case was heard this year, and the final judgment by the Royal Court – presided by Commissioner Sir William Bailhache, sitting with Jurats Jerry Ramsden and Steven Austin-Vautier - was handed down yesterday.

In its judgment, the Royal Court was clear that all parties involved in the case had “acted in good faith and with the best interests of the children at heart”, but was nonetheless critical of how the Police and Government had handled the matter.

It said that the concerns around the children “clearly” merited investigation, but that the removal of the children was not “proportionate”.

Unwilling to allow the children to be returned to their parents – or their grandmother, who had assisted with co-parenting – in the first instance, Children’s Services bypassed normal process, which would have involved a court hearing.

Instead, they made a request to Police that the children be taken into ‘Police Protection’. Police relied on the opinion of Children’s Services in carrying out the request, and hadn’t carried out a full investigation.

The Court was also critical of the decision to arrest, noting: “Given that the offence of child neglect was created not just for the purposes of condign punishment for those who commit it but also for the wider protection of children generally, it is ironic that an arrest on the grounds of an investigation into this offence should have had the consequence of children being removed in the circumstances which applied at the time, with all the risk of harm to them which that removal entailed.”

It outlined three other options that could have been considered, but said it was “not clear” whether any of them were.

Addressing the decision to take the children into care under a Police Protection Order in Court, social workers and police witnesses had suggested that it would have been “impossible” to convene a Court sitting to consider an Emergency Protection application “out of hours” in the evening.

But the Court maintained that this was not true.

It said the Bailiff’s Judicial Secretary is contactable via mobile, and that duty Jurats can always be contacted “in a case of emergency”, and in turn arrange for the Bailiff or another Judge to attend court if necessary.

At the time of the children’s removal, the Court observed that the telephone number of the then-Bailiff, Sir William Bailhache, sitting as Commissioner on the human rights case, were “in the telephone directory and therefore available to everyone – as indeed remains the case.”

It did, however, suggest that the out-of-hours procedure could be clarified and published.

The Government and Police weren’t the only ones to come under fire in the judgment.

Despite an application for legal aid by the parents at a “very early stage after the children were taken” into care, the Court observed that they were not granted a lawyer until 10 days later – a delay blasted as “not acceptable”.

They said they had “not received any direct evidence as to what the causes of the delay were”, but requested that the Law Society’s CEO undertaken an investigation to establish what happened “to ensure that this does not happen again.”

Further recommendations in the judgment included updating the consent forms provided to parents to release their children into care, and the way in which they are used.

The Court observed that such forms were supposed to indicate a “genuine partnership” between a parent and Children’s Services, and that it was important that informed consent was taken. They said it was “hard to see how there is any genuine partnership when one party to that agreement is asked to sign it in custody in police headquarters awaiting interview, shortly after arrest.”

During the case, Advocate Davies for Children’s Services and Advocate Steven Meiklejohn for the Police argued that neither party should be found liable for breaching the family’s human rights because this would “have a chilling effect - the risk was that that the Children Service or the police would in the future be inhibited from taking the steps that were needed to safeguard children.”

But the Court had a blunt retort for this: “We do not exclude the possibility that individual social workers or police officers may be influenced by the risk of subsequent criticism of the steps they have taken, and it is not enough merely to express a robust view that if they would be inhibited by that possibility from taking the steps which ought to be taken, they are in the wrong job.”

Concluding that the family’s human rights had been breached, they continued: “The Convention is there to protect the rights of individuals against arbitrary interference by the state in its different emanations. It is a living vibrant Convention which it is the duty of the Court  to respect and uphold because it is part of the law of this Island. If an individual’s rights have been wrongly interfered with so as to amount to a breach of the Convention, he or she is entitled to a remedy. That is part of the rule of law.

“Most importantly, it must be recognised that the protection of children does not necessarily involve their removal from their parents although sometimes it may obviously do so.

“In the present case, we have found that the systems were not appropriate… and the judgment calls which were made were outside the margin of appreciation we should afford to decision takers. That conclusion should not logically act as an inhibition against making judgment calls within that margin in other cases. We consider we would be failing in our duty to give justice to the Plaintiffs if we did so out of fear that the Defendants might not do their duty under the law in other cases in the future.”

A hearing on what damages the family will be entitled to as a result of the breach will be held in future, but an exact date is yet to be scheduled.

“Central to this judgement are the children and the trauma they unnecessarily experienced due to the unlawful actions of the Children’s Service. A conciliatory sensible approach might well have avoided this unfortunate situation and the unnecessary distress caused to the children and their parents,” said Advocate Robinson after the judgment.

The Children, Young People, Education and Skills (CYPES) Department and Police said this afternoon that they both “accept and respect” the judgment and would not be appealing.

“[We] welcome lessons learnt for future cases,” they said in a joint statement.

“Both organisations will continue to work with partners in protecting children from potential harm, while also recognising a family's right to a private life.

“…Since learning about the practice issues in this case, Children’s Social Care Services has worked hard to mitigate the risks by developing a new procedure and consent form.

“A principal part of policing and safeguarding is the ability to make quick-time often critical decisions that, ultimately, uphold the core policing duty to protect the public and, in this case, young children.

“All of the officers in SoJP and CYPES involved in this case acted in good faith to uphold this value, having received information concerning the welfare of young children.

“The learnings from this judgement are welcomed and accepted.”

Posted by Lesley Ricketts on Nov 16th, 2021
Another debacle involving Children’s Services. There will of course be no one held accountable for this gross misuse of power. In the UK a failing service would be placed under special measures, we should be doing the same here. A broken service at best and at worst, a service that never worked in the first place!
Posted by Keith Marsh on Nov 17th, 2021
One of those very difficult cases, where you are dammed if you do and dammed if you don't.
Always easier with hindsight
To place a comment please login Login »