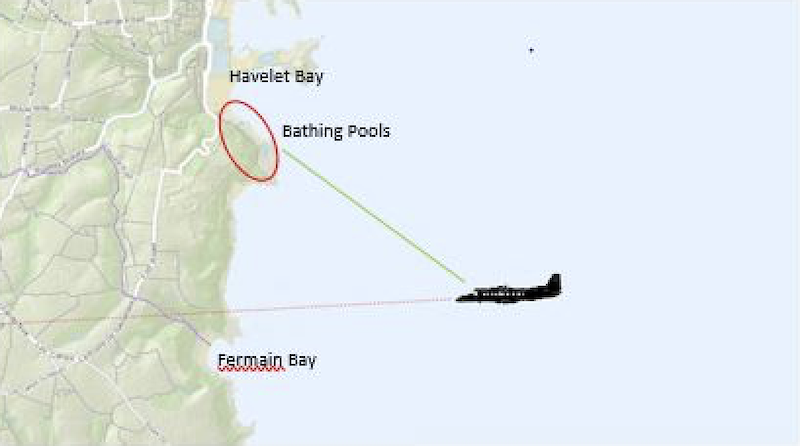 Guernsey Police are investigating after a powerful green laser light was pointed at a descending Aurigny flight, potentially distracting the pilot and endangering the aircraft.

The incident happened at around 19:50 on Monday 16 November.

The green laser was directed at the incoming commercial flight as it was descending, around a quarter mile south of Havelet Bay, St Peter Port. The laser is believed to have come from the coastline of the Havelet Bay area.

A spokesman for Guernsey Police said: "Incident like this, whilst rare, are extremely serious and can cause severe distraction to pilots in a critical time of flight. This not only endangers the aircraft and its passengers on board, but people on the ground below."

It is an offence to point a laser light at an aircraft.

Anyone with information or CCTV covering the area is asked to contact PC 177 Le Galloudec on 725111 or, alternatively, to contact CrimeStoppers anonymously on 0800 555 111.

Pictured top: A graphic showing where the aircraft was when the laser was pointed at it.