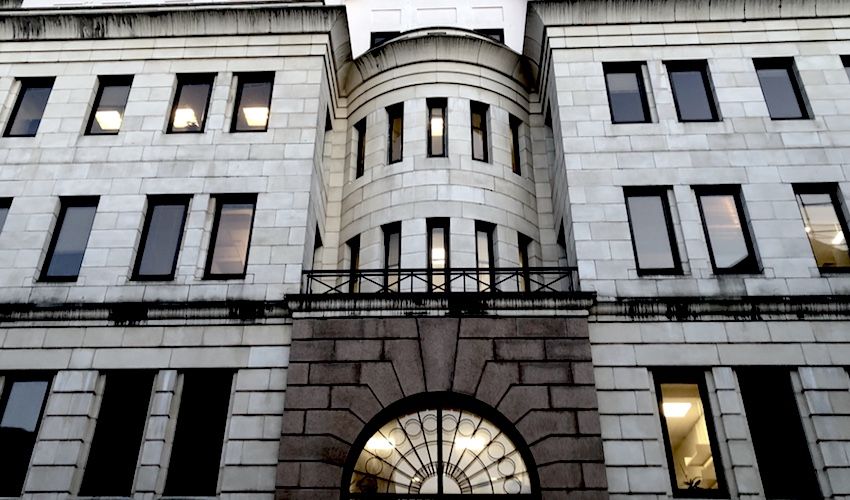 A lawyer who was suspended from practising in the UK for six months due to professional misconduct - and failed to tell his new employer on the island about the incident - has now been admitted to the Jersey Bar.

The Royal Court recently determined that the errors of ‘B’ – who was not named in its judgment – did not constitute a “material flaw” in his character which would make him unfit to be a practising lawyer in Jersey.

B had been suspended in the UK after a disciplinary tribunal found that he had touched an aspiring female lawyer in a sexual manner without her consent.

The Court concluded that this misconduct was a “momentary aberration” that was “quite out of character”.

The incident, which B still denies, happened in the UK.

In late 2017, he successfully applied to join the Law Officers’ Department in Jersey, but failed to tell his new employer about the investigation by the UK’s Bar Standards Board, using annual leave to attend its three-day hearing in November 2019.

The Attorney General and senior management at the department only found out about the incident and subsequent investigation when the Board issued a press release with its findings shortly after the hearing.

Following its own enquiry, the Law Officers' Department held a disciplinary hearing in March 2020, which concluded that B had breached the Government’s rules by failing to tell the department about the investigation.

The panel recommended that a 12-month final written warning should be given to B, with the additional sanction of suspension without pay from the date of the hearing panel to the end of the Board’s suspension period.

That period has now elapsed and the written warning expired in March, prompting B to apply to re-join the Jersey Bar, with the backing of the Attorney General.

Representing the Attorney General, Advocate Julian Gollop told the Royal Court that the charges, while serious and found to the criminal standard, were not criminal offences and B was able to practise again in England and Wales, and carry out his functions at the Law Officers’ Department. A criminal complaint was never made against him.

In mitigation, the Court heard that B was "remorseful" and had apologised for not telling the Department about the proceedings against him.

The published judgement noted: "...He submitted an affidavit in which he explains in detail his position in relation to the [Bar Tribunal and Adjudication Services] proceedings, his career to date and the various mental health challenges which he has had to face since being notified of the complaint made against him in 2017... This is tendered not as a justification but as an explanation for his failure to meet his normal high standards."

Agreeing that he should be readmitted, Commissioner Sir William Bailhache, who was sitting with Jurats Ramsden, Thomas, Ronge, Pitman and Dulake, said: “We accept the distinction which is drawn between dishonesty, which can be explained as a momentary aberration, and other forms of dishonesty, which cannot.

“Of course, even a momentary aberration may be so serious that it cannot be disregarded; but we do not think this is the case here.

“B was a barrister of established integrity who was faced with a complaint which he must have known was potentially career threatening.

“His reaction to that was wrong. In the cold light of day, he now realises that. There has been no dissembling before this court in what he has done incorrectly.

“Having regard to all the evidence before us, we think we can and should draw from his conduct the conclusion that this failure to disclose the fact of the complaint, the investigation and the progress of the hearing does not go to such a material flaw in B’s character which would make him unfit for admission to the Bar in Jersey.”