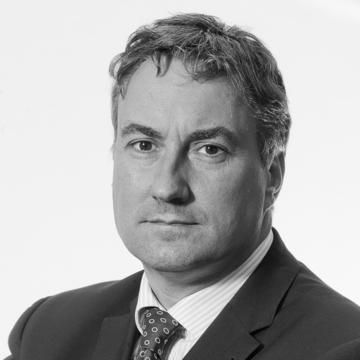 Two top lawyers have been speaking at two major international conferences in Paris and Spain on Jersey’s efforts to pursue the proceeds of corruption squirreled away in the Island.

Advocate Stephen Baker and Advocate David Wilson partners at Island law firm Baker & Partners told two separate Bar Associations in the French capital and in Seville how the Island is working to recover and return any ill-gotten assets.

Advocate Baker spoke in France alongside his legal peers from the USA, Geneva and The World Bank who have expertise in asset tracing and a track record of regulatory asset seizures and forfeitures.

Advocate Baker explained how he’d been part of the international team who’d helped recover money hidden by the former Sao Paulo Mayor who tried to defraud the Brazilian treasury of many millions.

Advocate Wilson chaired a panel at a conference in Seville at the end of last month looking at commercial and civil fraud claims.

He drew on his experience having successfully acted for the Plaintiff in Re the Representation of Lloyds TSB Offshore Trust Company Limited, where the Royal Court was asked to determine the ownership of the assets held in a Jersey law-governed discretionary trust, known as the Rex Trust.

The judgment, which found that the assets were the proceeds of corruption and were held under constructive trust for the Government of Mozambique, sets Jersey apart from the English courts because it allows victims to deprive the wrongdoers of their ill-gotten gains.

Advocate Baker said: “I am delighted that David and I have the opportunity to speak at these conferences and to outline the ongoing work being done in Jersey to ensure that the finance industry remains free from assets that are the proceeds of corruption. In addition, where assets in Jersey trusts or other financial vehicles are found to have originated from corrupt practices, those funds are returned to the rightful owners.

“Baker & Partners have been and continue to be involved in the leading cases of this type and the Royal Court has shown, in both the Brazil and Lloyds judgments, that it is willing to employ innovative solutions to ensure justice is achieved; this can only be positive for the Island’s reputation as a leading legal jurisdiction and offshore finance centre.”

All change for legal aid