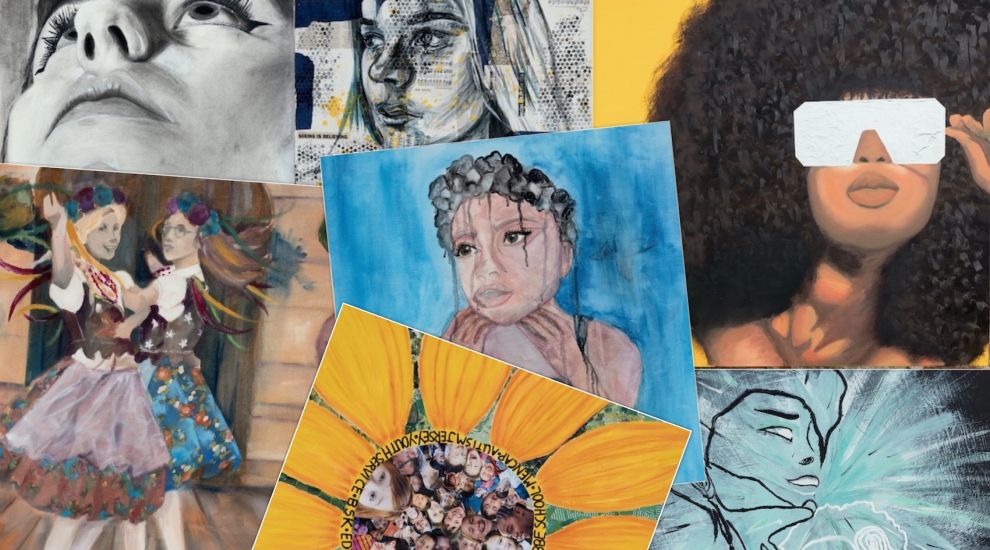 A student art competition has sparked the creation of scores of bold, experimental works spanning a kaleidoscope of colour and social themes - but one school's efforts stood out.

Winners of the contest include Ruby Butler and Abigale Neves from Highlands College, Mihaela Muresan from Haute Vallée, Zuzanna Czerwinska from Mont A L'Abbé, Maja Jeromkin from Hautlieu and Katie White and Annabelle Bryan-Orr from Jersey College for Girls, and Liliana Andrade and Katie Robins from Le Rocquier School.

Each received £200 each personally, whilst each school’s art department was awarded £600. 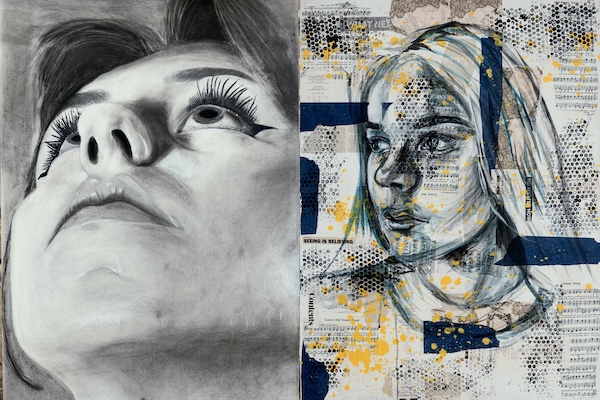 Pictured: Annabelle Bryan-Orr and Katie White, from Jersey College for Girls, were among the winners.

"I am elated that the winning paintings will hang proudly on the walls in our office for employees and guests to enjoy for years to come, and, even more importantly, become part of the Bank’s art collection," said judge and Standard Chartered CEO Henry Baye.

But while Mr Baye said the judging panel were "blown away by the quality" of all artworks, while fellow panellist and ArtHouse Jersey Director Tom Dingle lauded the "range of techniques" on display, Le Rocquier students' work shone in particular.

The school got a special commendation, with each of the school's participating students awarded £50 each in recognition of the overall standard and effort of their work. 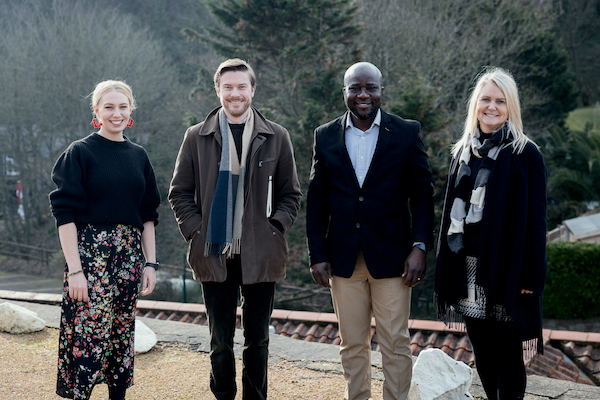 Le Rocquier key worker Lindsay McGinnety said the school was proud of its students, adding that the contest "really pushed them out of their comfort zone, and I am so impressed that they dared to be different."

"I hope that it will engage more students to be creative and push boundaries within art across our island," she said.

Express asked some of the winners to share the inspiration behind their work... 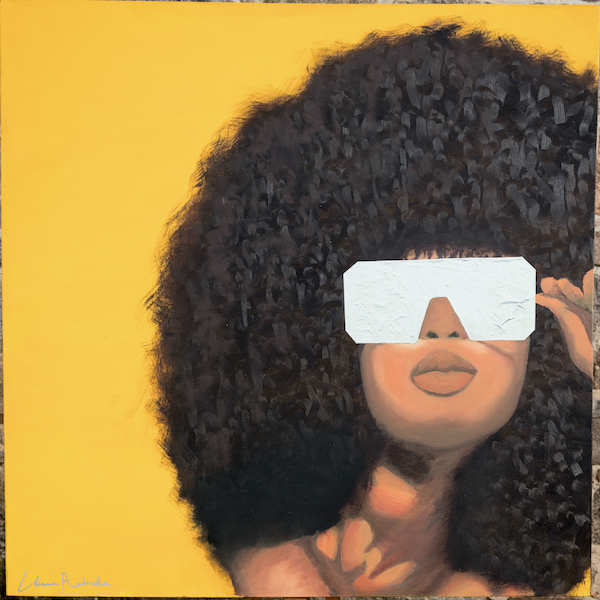 Liliana has been creative for most of her life, but painting has taken more of a focus in recent years.

“I wouldn't say that I have been pursuing painting for a long time,” she explained. “I only really became interested in it more at secondary school.

“I have been working and experimenting with art ever since primary school and I enjoy creating in all mediums. I took part in the 'JCG Art school program', where I have broadened my knowledge of materials and been able to experiment more outside the classroom.”

She saw the competition as an opportunity to explore not only her imagination but also art mediums and ideas that she may not have had the chance to try out.

“It also opened the door for me to, one and for all, put myself and my artwork out into the world,” she said.

Her work, which was her first using oil paints, was inspired by the “existence of beautiful women of colour” and pictures of them she found on different media platforms.

She said: “I chose a bold yellow background because it has connotations of happiness and joy, the colour also compliments her skin and really makes the whole piece catch your eye.” 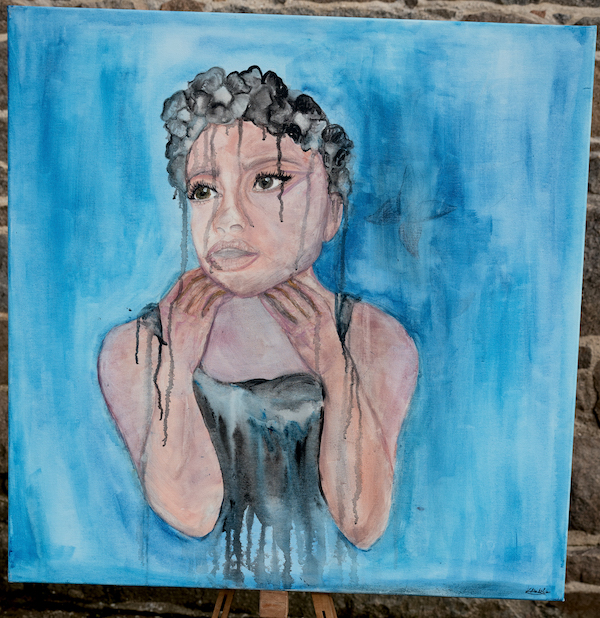 Katie has been interested in painting since a young age, but it’s only recently that she realised it is something she would like to do “properly”.

She took part in the competition thinking that, even if she didn’t win, she could use her piece art for her coursework.

“Now that I have won and been selected, I value the experience,” she said. “I now have my artwork on show, and everyone can see it.”

For her piece, she gathered various images relating to women's rights and empowerment. “I then combined a few of my favourites to produce my final idea.” 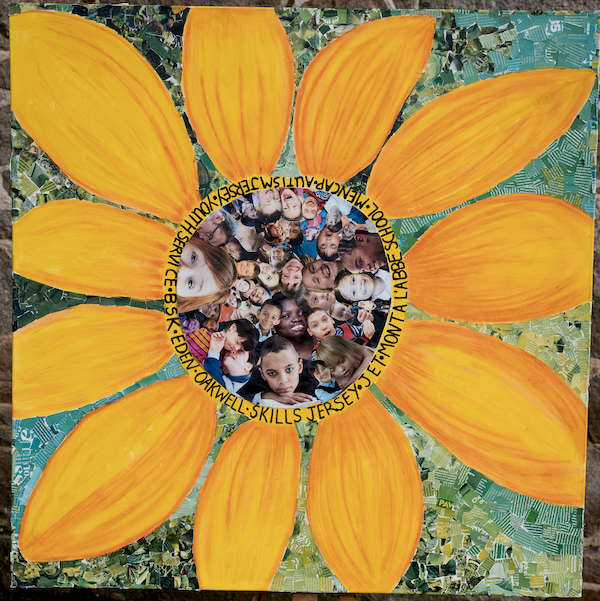 Zuzanna has been painting for “quite a long time”, but she also likes collages and drawing.

“I paint at home and at school and I am doing my GCSE with my art too even though I go to Mont a L'Abbé,” she said.

Like Mihaela she heard about the competition from her teachers, and she decided to take part as she thought it sounded interesting and something fun to do”.

Her artwork was inspired by Mont a L'Abbé, which she says is “all about inclusion and the community”.

“We got the idea from the sunshine lanyard which is to do with Autism and then we wanted to include all the other students with different needs in it too,” she said. “I wanted it to be bright and happy so that people smile when they see it.” 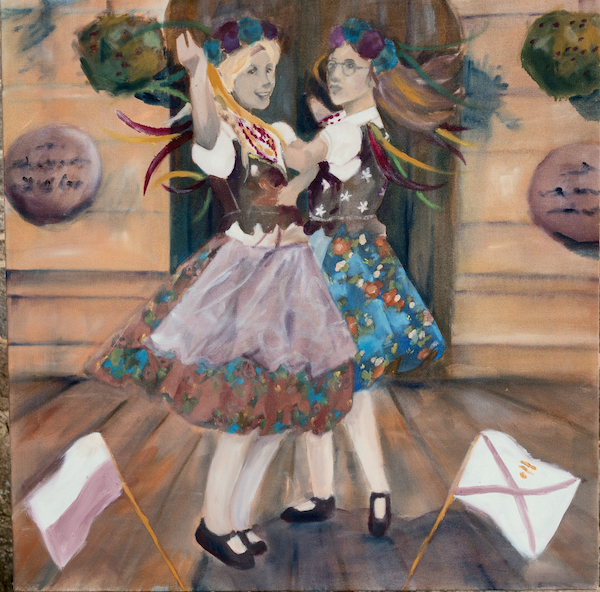 Maja has been painting for about eight years, but she has been drawing and doing artsy stuff her whole life, which she says “sounds very cliché”.

For her, taking part in the competition was the opportunity to showcase “the beauty of my culture, Poland”.

I've lived my whole life in Jersey, but Poland is very dear to me as my home country,” she explained.

“I wanted to represent my take on the competition’s theme and what it means to live on this small island as an immigrant.

“I think Polish culture mixes really well with Jersey's attitude towards immigrants and I wanted to show that through my painting.”

The two girls portrayed in her painting in are her cousin and her mum's friend's daughter.

“They folk dance at the Polish Saturday school so I thought that these young girls truly portrayed the way Polish culture has its own space in Jersey, an island so small and jam packed with many other cultures,” Maja said.

“I placed them in front of the St. Helier parish hall to show a sense of community, how everyone is welcome here in Jersey.” 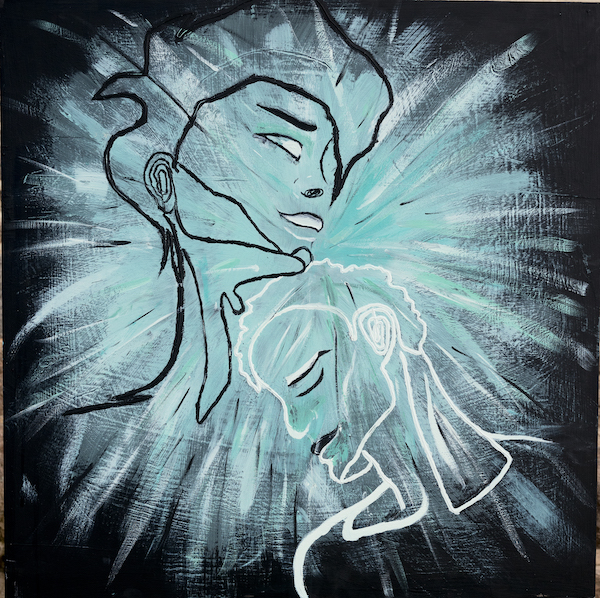 Mihaela has been drawing since she was little, but while she usually uses pencils or oil pastel, she had little experience with acrylic paints.

Taking part in the competition, which she heard about from her Art Teacher, involved many first for her, it was her first competition ever, her first time dabbling with acrylic paints and her first portrait.

She however thought it would be a good opportunity to improve her painting skills working to a large scale. “It was a personal challenge as it was the first time, I have attempted portraiture and I wanted to create something bold, thoughtful and that could be appreciated by others.”

As the list of themes suggested by Arthouse Jersey included the theme of “LGBTQ+”, Mihaela decided straight away that would her focus.

“I then thought to combine the theme of LGBTQ and human rights, so I drafted out possible ideas combining two human figures within a frame, so they connected in some way,” she explained. “I experimented with paint and pens as a starting point, eventually deciding on using acrylic paint which I was able to use to create energy through my brush marks and colours.”