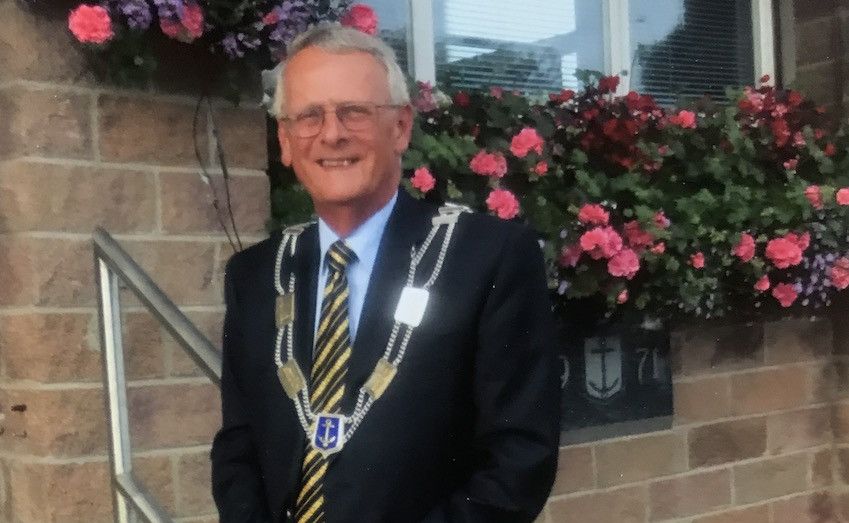 Len Norman, who has died aged 73, gave almost four decades of continuous service to the States Assembly, holding every political title and leading a number of significant arms of the Government, including Education, Social Security and, most recently, Justice and Home Affairs.

Public service was something in Mr Norman’s blood: his father served as Constable of St. Saviour and his uncle, Jack Roche, was also father of that Parish. His father’s sense of public duty and love of the island had a lasting impact on Mr Norman.

Mr Norman was born in 1947 to Leonard and Joyce Norman and first lived in Winchester Street in St Helier. Two years later, the family moved to Diptford House at 1 Simon Place, which was very basic and still had an outside toilet in those days.

When he was around 12, the family moved again to Georgetown, where Mr Norman spent his teenage years.

Mr Norman attended Beaulieu and De La Salle College, and remained connected to the school in adulthood through the Beeches Old Boys' Association.

At school, he was a brilliant chess player who was runner up in the UK under-16 chess championships in Bognor Regis. He was also Island and Channel Island champion in his youth. 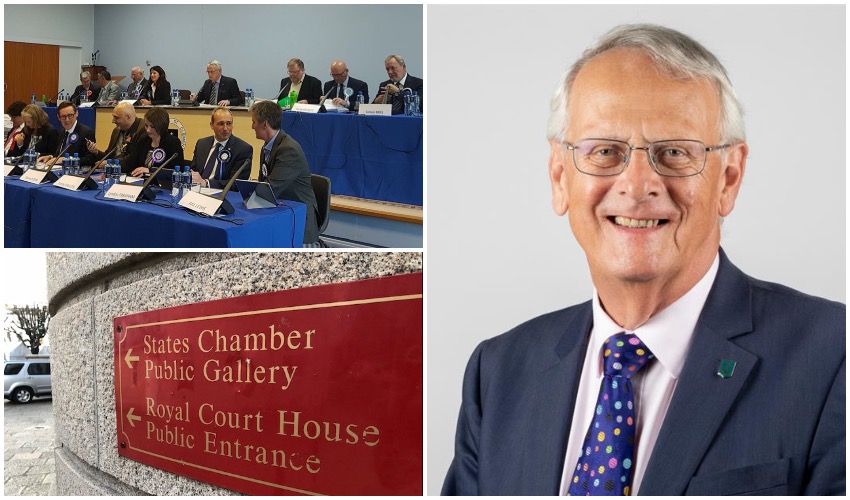 He left school before completing his A Levels and moved to London, first working for the Greater London Council and then the Marley Tile Company, in Ashford, Kent.

He returned to Jersey with his first wife and joined the sales team at the Jersey Evening Post, before moving to marketing and advertising firm Wallace Barnaby.

One of his clients was the Country Gentlemen’s Association in Commercial Street, which sold outdoor equipment and clothing, which he eventually bought. The company had an insurance brokerage which Mr Norman retained when the rest of the business was sold.

Renamed Leonard Norman Insurance Brokers, Mr Norman moved into an office in Charing Cross and ran a successful business for several years before being elected to the States as a Deputy for St. Clement in 1983.

He was also Chairman of the Jersey branch of the Commonwealth Parliamentary Association.

As a politician, Mr Norman was never afraid to make tough and bold decisions, such as when he detained the Solidor V ferry in St. Helier Harbour in 2003 for non-payment of Harbour dues.

At Education, he also oversaw the introduction of the first school-wide IT network, when the internet was in its infancy.

While leading Social Security, Mr Norman was instrumental in setting up Acorn Enterprises, asking his brother Les to become its first chairman in 1991.

The social enterprise is now a thriving company that provides employment training and support for people with a range of disabilities and enduring health conditions, who might otherwise struggle to find employment in the open labour market.

Away from political life, Mr Norman was an avid sports fan, in particular a committed supporter of Portsmouth FC. His lifelong support of the south-coast club was attributable to his father, who had evacuated to the city and worked as a firefighter and for the De Havilland Aircraft Company during the war.

Mr Norman was also a great lover of cricket, particular as a scorer on the boundary line. His passion spread through his family, with one grandson now showing real promise as a player.

He was also President of the Jersey Friends of blood cancer charity Anthony Nolan.

Paying tribute to Mr Norman and his long public service, his brother Les said: “He only spoke when he had something useful to say but, my God, he could be sharp when he needed to be. He did the job properly, thoroughly and was also very determined. He believed tirelessly in the Island and was prepared to put in long hours of work to make it a better place to live.”

Also paying tribute, former Airport Director Mike Lanyon, who worked closely with Mr Norman when he was president of Harbours and Airport Committee, said: “He will be greatly missed. That’s often said about someone who dies but it is absolutely true in Len’s case.

“Not many people pass away while still in office but that shows how much service he gave, right to the very last.

“He was a very profound politician, having been a Deputy, Senator and Constable, and was totally committed to public life and service. He was always affable and friendly, and earned the respect of everyone working at the Airport by taking a keen interest in what they were doing.

“He had a great instinct for what was the correct course of action, which was usually right, and was always a positive person. It was a pleasure to work for him for so long.”

Today, St. Clement also paid tribute on its parish website: “It is with great sadness that yesterday we lost our great leader and most of all our friend. God’s Own Parish will never be the same.

“Len became father of the parish in 2008 and oversaw the creation of the Community Support Team, an inclusive municipality, a strong Honorary Police force and, key to running the parish, a great team within the parish hall. All of them receiving his unwavering support.

“Len's intellect, guiding hand and sense of humour will be greatly missed. Our thoughts are with Len's family at this very sad and difficult time.

“We, your staff, Honorary Police and Municipality will continue to make you proud Len. Sleep tight.”

Like the parish, Bailiwick Express extends its sympathy to Mr Norman’s family and many friends.