Liberate: "We have been pushed to the back of the queue" 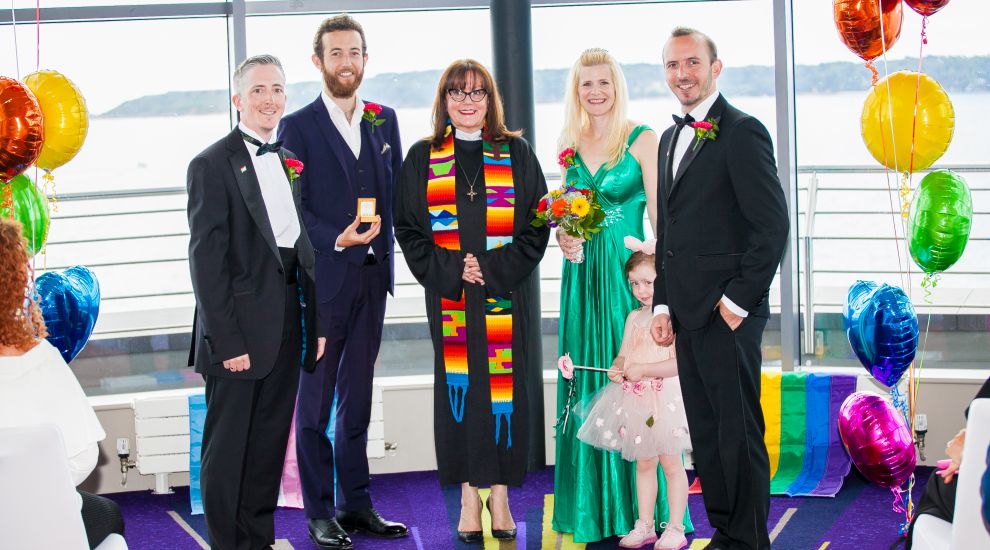 Liberate: "We have been pushed to the back of the queue"

Equality and diversity charity Liberate say they have been pushed to the back of the queue after it emerged that same-sex marriage will not be possible in Jersey by the end of the year, contrary to what the Chief Minister had promised.

The news came on Friday, on the eve of this year's Pride which aimed to celebrate the introduction of same-sex marriage in both Channel Islands.

Vic Tanner Davy, Liberate Jersey’s CEO, said that although the news was not surprising, due to previous delays, it was extremely disappointing ahead of the Pride celebrations. He wrote: "We have known about complexities surrounding Jersey’s lack of a human embryology act, which impacts marriage legislation, since March of this year and, at that time, we were told that it would be sorted out and a first draft of the new law would be available at the end of April. This did not happen and we have been chasing the Chief Minister’s Department for an update since May.

"As a community, we have been very patient and have waited for over two years for this legislation. We do feel that we have been pushed to the back of the queue whilst other matters have been given priority by the Chief Minister.”

Mr Tanner-Davy also noted that the delay will impact the lives of those who had arranged weddings for next spring and summer saying, "it is going to throw their plans into doubts and make it impossible for them to book anything with any certainty." 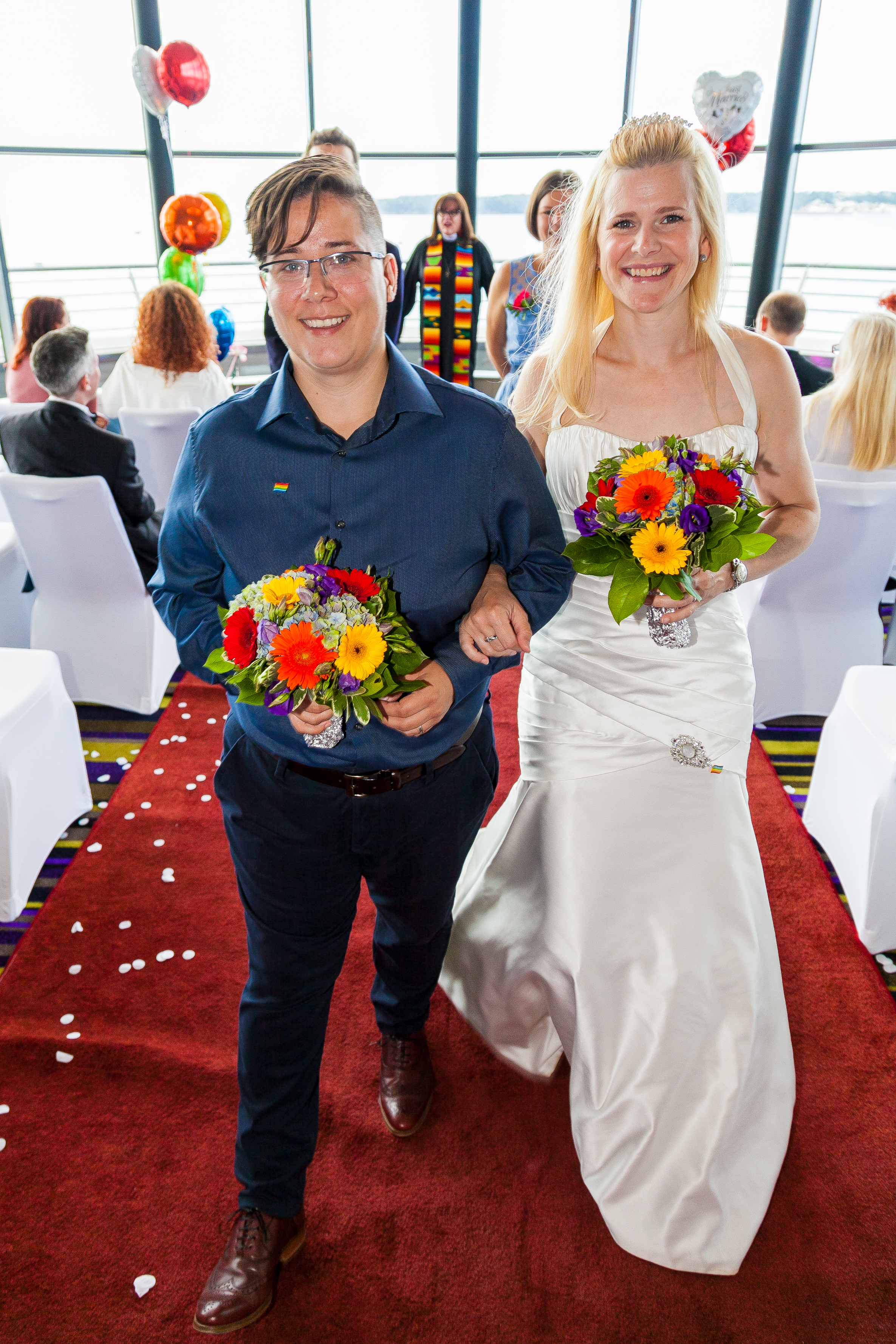 Pictured: Hannah Harvey and Rachel French from Liberate took part in a wedding-themed photoshoot to celebrate this year's Pride, thinking that same-sex legislation would be available in Jersey by the end of the year.

Celebrations for the Pride will however not be impacted and the charity is going ahead with the festivities regardless of the announcement. Rachel French, who became Liberate's chair in April, promised it would be a "wonderful, family-friendly event, free and inclusive to everyone" with live entertainment from local talents, songwriters and performers.

The parade is set to start from the West Centre at 14:30 and will be led by a vintage coach supplied by Jersey Bus and Coach Tours. It will then travel down to Weighbridge Square where the Pride village will be installed. There will be a number of stalls open at the Weighbridge throughout the day, including food and drink, alongside merchandise and charity stalls.

The parade will be followed by speeches celebrating same-sex marriages will be read before the raising of the rainbow, trans and Bailiwick flags. The London Gay Big Band will then take to the stage, followed by Cher impersonator, Paula Randell and local performers until 21:00.

Ashley Morris, Liberate's Honorary Secretary, said: "The journey to marriage equality has been a long one, and it's important that we recognise the significance of this moment for the Channel Islands.  Pride is a celebration but also a reminder that the global fight for the rights and equality of LGBT+ people and all marginalised people is not over. The event remains an important way of sending out the message that our islands will continue forwards in the fight for progress and equality.

"We're looking forward to islanders saying #IDo to Pride 2017, which is a free event open to all, and joining us to celebrate progress and unity."

While Mr Tanner-Davy said that the charity will be pushing for "clarity over the timeline and a commitment to that" over the same-sex marriage legislation, Liberate is also working on other projects. Ms French explained of her aims is to turn Liberate In a resource for training and educational on the issues of diversity and inclusion. She said: "We are hosting the Educate & Celebrate programme again on 11 September in a bid to improve inclusion in schools. We try to educate teachers about the type of language they use or the schools' uniform policies. We also reach out to counsellors who don't have the skills to help transgender or non-binary clients."

Mrs French also looks to broaden the remit of Liberate. Having been discriminated in the workplace because she was a woman and a working mum, the issue of diversity was dear to Mrs French's heart. Now that she is involved with Liberate, she is hoping to see the charity become known as an inclusive and diverse one.

She said: "There is a place on the island for a charity to have a louder voice about minority groups and the personal challenges they face. We want to bring up other conversations more and more such as the provisions for autistic communities in terms of job interviews or at schools. I am looking forward to being able to involve other minority groups and help give them a voice. I want Liberate to be an inclusion and diversity charity rather than just LGBTQ+, but it will be as well as rather than instead of!" 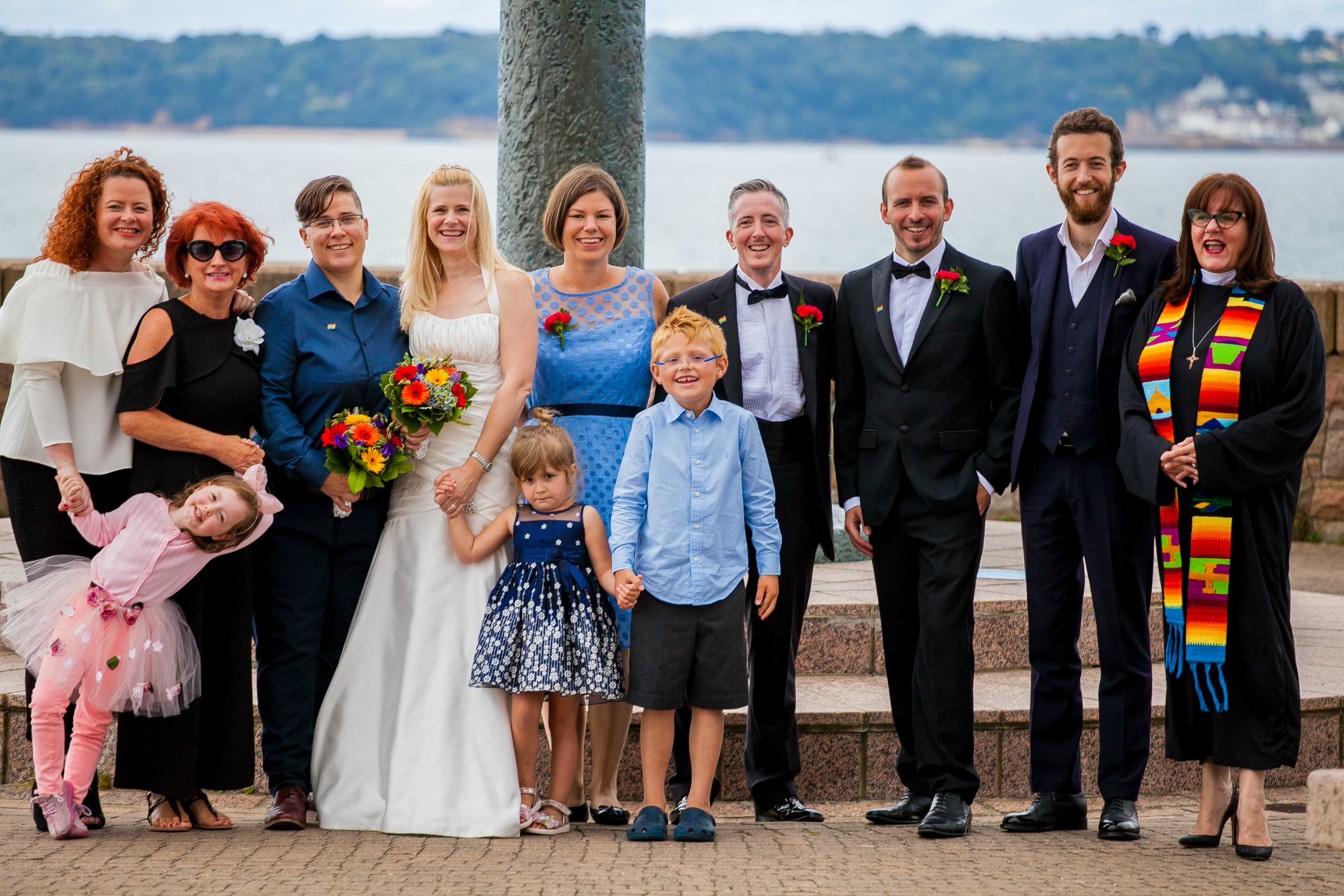 "We have come a long way out there. People appreciate the values of diversity and inclusion more and more. We are definitely going the right way but there is still a lot more to be done. Changing the community's attitude will take a long time but at least we are having the conversations that we need to be having now."