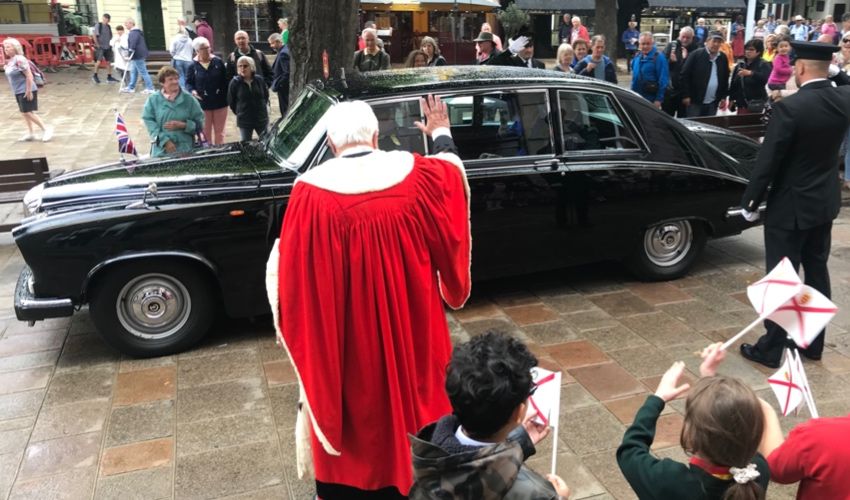 The Lieutenant-Governor left Jersey today with a challenge to the States Assembly to communicate better and do all it can to help young people deal with the “stresses and strains” of life in the 21st century.

After thanking the island for its kindness, Air Chief Marshal Sir Stephen Dalton flew out of the island today with Lady Dalton and their Labrador, Archie, bound for retirement in Scotland.

Before he did, the new States Assembly gathered for a special sitting to mark His Excellency’s departure.

After the longest-serving Member, Constable Simon Crowcroft, gave a speech thanking Sir Stephen and Lady Dalton for their service and contribution to island life, Sir Stephen rose to share his parting thoughts.

Acknowledging that his role was not to make political comment, he was able to share a number of observations.

One of them is that the Assembly and Government needed to better communicate the reasons why decisions had been made.

“Islanders need to understand the reasons why decisions have been made, which is why you need to explain them in order to take the public with you,” he told the packed Assembly. “Communications should be considered with any new or changed policy.”

“You also need metrics and to be told, as I was during a covid-related debrief, that a social media post had had so many ‘Likes’ is not enough.”

Sir Stephen also said he had been shocked when visiting a new parish primary school to be told by a 10-year-old pupil that there were three “de-stressing” rooms in the building.

“I was shocked by that. For such a requirement to exist in a parish school was a surprise.

“A new emotional wellbeing programme for young people, who have to deal with the stresses and strains of life in the 21st century, is needed.” 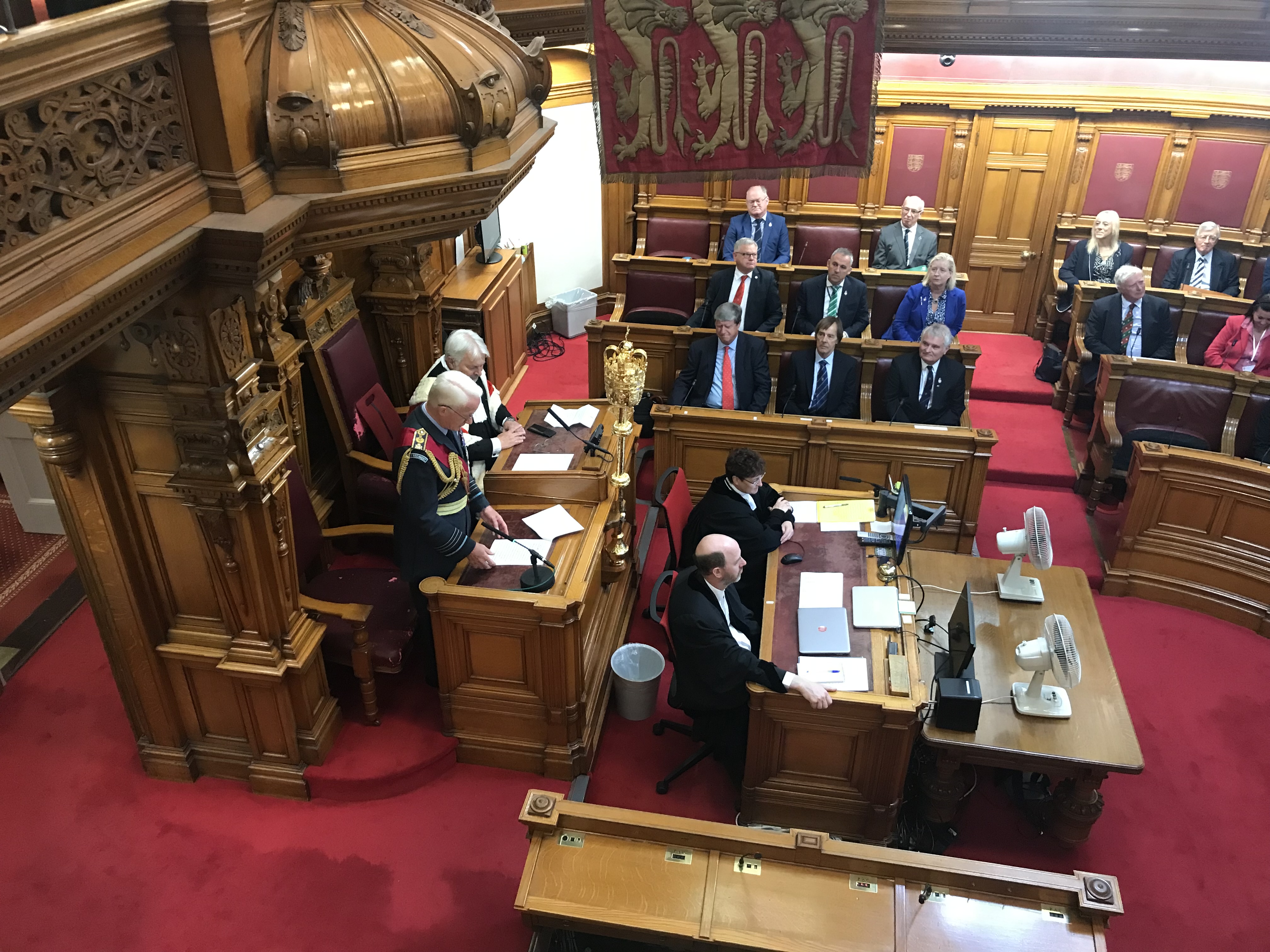 However, he also praised the “world-class” education system and youth movements in the island, identifying Highlands College as “the jewel in the crown”.

His Excellency also highlighted the disruptive but inevitable force of change, which he said was to be welcomed and not feared.

Above all, however, he said that he and his wife Anne, Lady Dalton, were enormously grateful to the island for their kindness and they would leave with “overwhelmingly positive and colourful” memories of their time in Jersey. 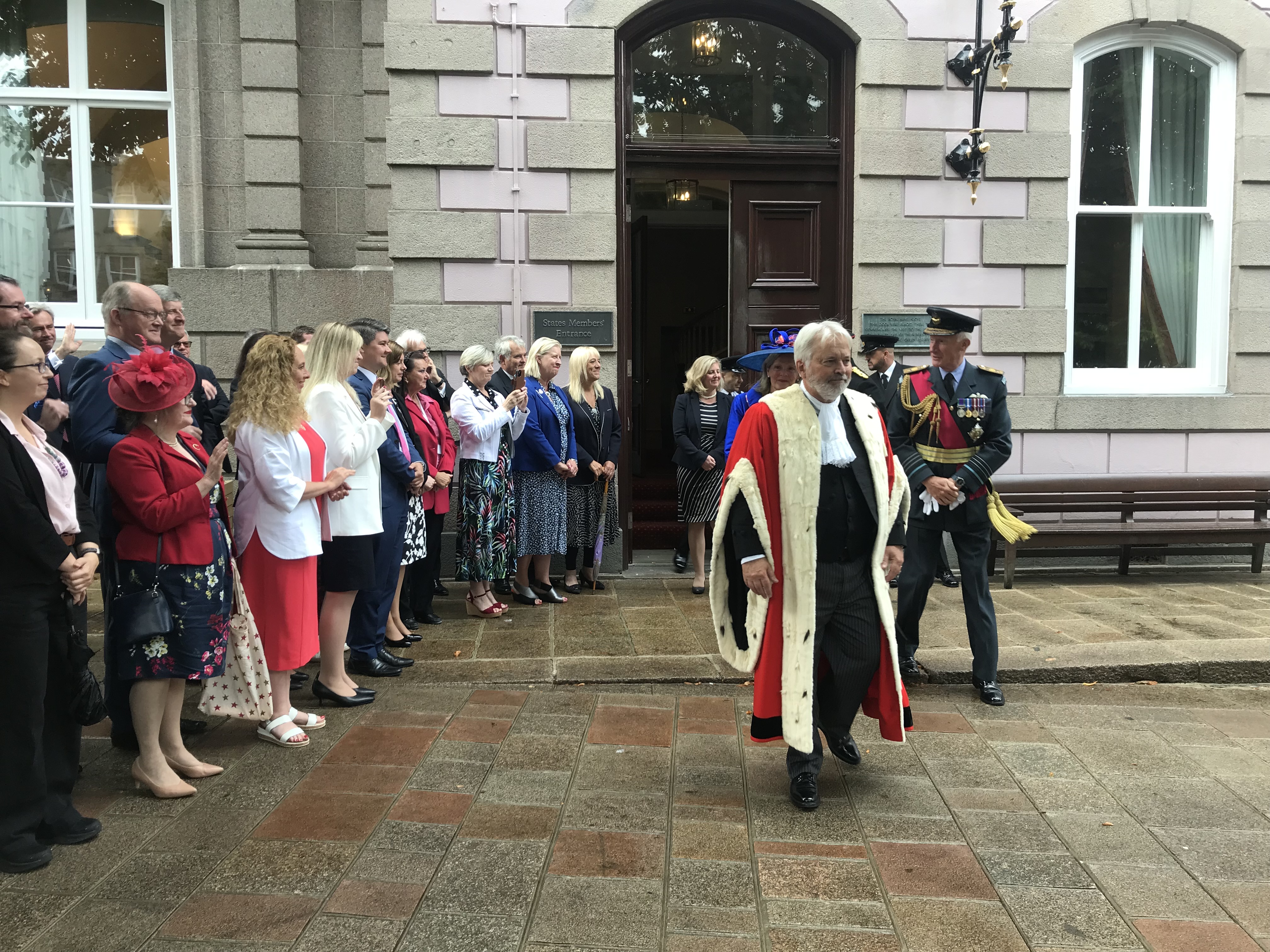 Pictured: States Members line up to bid farewell to the Lieutenant-Governor.

The next Lieutenant-Governor, Vice-Admiral Jerry Kyd, arrives in October. Until then, the Bailiff, Sir Timothy Le Cocq, will perform the duties of Queen’s representative in the island.

New Kyd on the block: Jersey's next Lieutenant Governor announced

Seasonal Greetings from... the Lieutenant Governor

A message from the Lieutenant-Governor on Remembrance Sunday