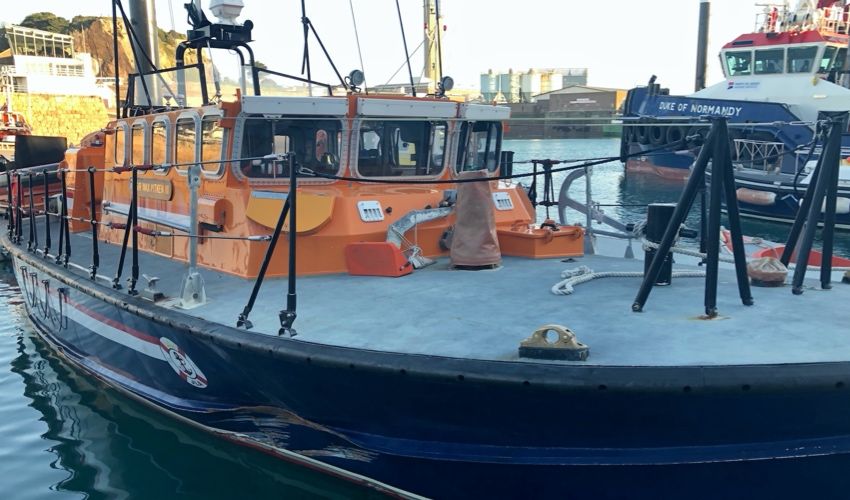 The Jersey Lifeboat Association vessel Sir Max Aitken III hit rocks off Noirmont Point in last year when its coxswain was distracted while discussing the setup of an electronic chart plotter behind him, an investigation has concluded.

Turning around to talk with the navigator about inputting waypoints, the coxswain lost his spatial awareness and made two unintentional and unnoticed small turns to starboard, which put the lifeboat on a collision course with ‘Pierre au Poisson’ on Wednesday 10 November, it found.

The glare of the chart plotter also restricted the coxswain’s night vision. A plotter repeater in front of coxswain did not start properly, meaning he could not use it.

No one was hurt, the hull was not breached, and the lifeboat was able to return to the Harbour at slow speed.

After the incident, Ports of Jersey commissioned an independent investigation, which has been published today after a request made under the Freedom of Information Law.

It found that, at 21:39 that evening, the lifeboat had been tasked to a non-urgent incident – to help a sailing yacht which had become entangled on fishing gear north-west of the island. Launching just before 22:00, the boat hit rocks ten minutes later.

Sir Max Aitken III returned to its Albert Pier station at 22:48 and the Delegated Harbour Master (DHM) arrived at 23:35.

The report said: "The DHM observed that the crew appeared to be in shock but all physically OK, and didn’t require medical attention. The DHM offered the coxswain a breathalyser test to rule out the possibility of alcohol as a factor, but the coxswain declined the suggestion.

"The coxswain explained that it had been a long day and he was physically exhaused. He was also travelling to France early the following morning, and would rather not wait any longer to take the test. This was duly acknowledged by the DHM."

A statement of facts from the delegated Harbourmaster included in the report said: "[The coxswain] said he wanted to get home because he was due to go to France early the next morning to take his catch. During the conversation he told me he had two glasses of wine with his dinner and confirmed that he didn't want to take a breathalyser test." 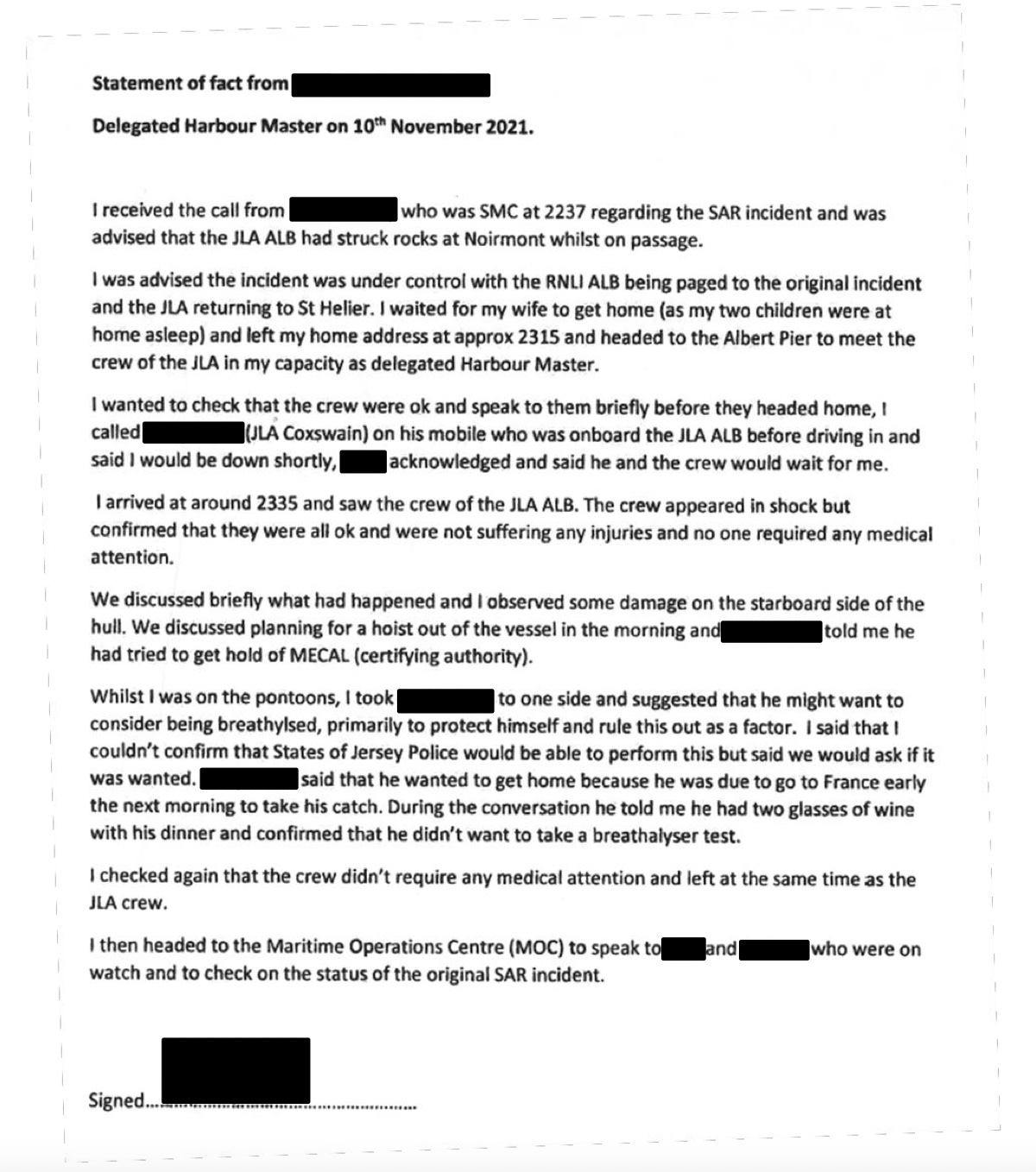 Pictured: The statement of fact from the delegated Harbour Master included in the report.

The coxswain did not refer to the breathalyser test or the alleged drinking of wine in his statement. In it, he said that the incident left him feeling "shattered and sick".

"I apologised to the crew for being distracted which led to us hitting. I have been a Fisherman for 34 years and a Lifeboat Coxswain and crew member for over 30 years and this is the first Accident I've had and I am extremely disappointed with it," he said.

"I cannot fault the crew who were all fantastic and professional."

The report found that weather conditions were fine on the night in question, it was a clear night, all navigation equipment was in good working order, and there were no reported defects.

The coxswain and navigator were both highly experienced, it concluded.

The investigating officer, a fully qualified Captain, made the following recommendations:

After the incident, Sir Max Aitken III was taken out of service. It is not yet back in service but a post on the JLA’s Facebook page at the end of last month said that the boat would be “hopefully back in home water soon” after repair delays caused by “manpower and global delays”.