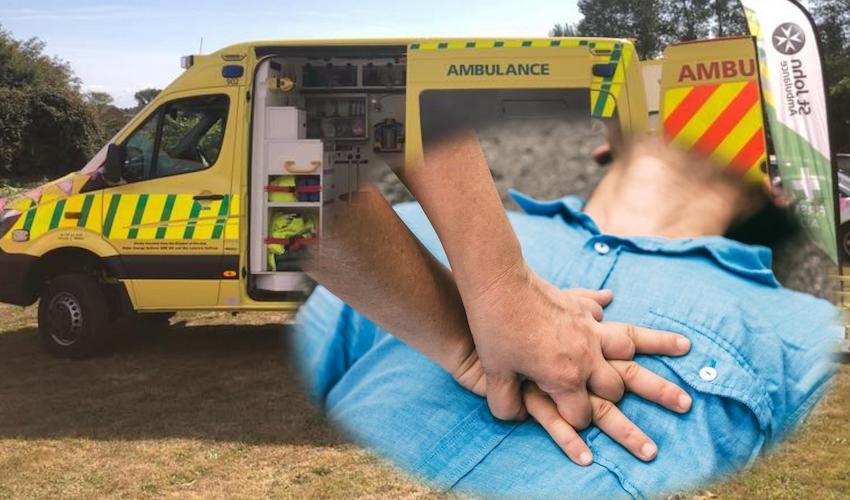 Three first aiders, who saved the life of an event attendee after he suddenly stopped breathing, have been recognised with an award so special that it has only been presented five times in more than 20 years.

The accolade for St. John Ambulance volunteers Helen Clayton, Neil Vallois and Tom Hughes comes after the trio successfully used CPR and a defibrillator during a public event in June to resuscitate a local man, who was struck by a heart attack from which he is still recovering.

As a result of their “outstanding act”, St. John Ambulance (SJA) Jersey will be awarding them the ‘Spirit of Jersey’ plaque, which is reserved for those that have done “an unusual or outstanding act” and "upheld the spirit of the brigade”.

Last presented in 2014, the award has only been handed out on rare occasions since being donated to SJA by Atlantic Challenge rowers Ian Blandin and Rob Cassin in 1997.

“St. John Jersey decided to award the trophy to Helen, Tom and Neil for their calm and effective use of the first aid skills,” Micki Swift, Head of Operations, explained. “They acted immediately to a situation and demonstrated that these skills can save lives.”

While many volunteers learn CPR and defibrillation skills, Ms Swift says that “thankfully” only a few ever use them. “St. John Ambulance are proud of all our members, whether they attend an event and do not need to treat, or put a plaster on or in this case perform CPR,” she added. 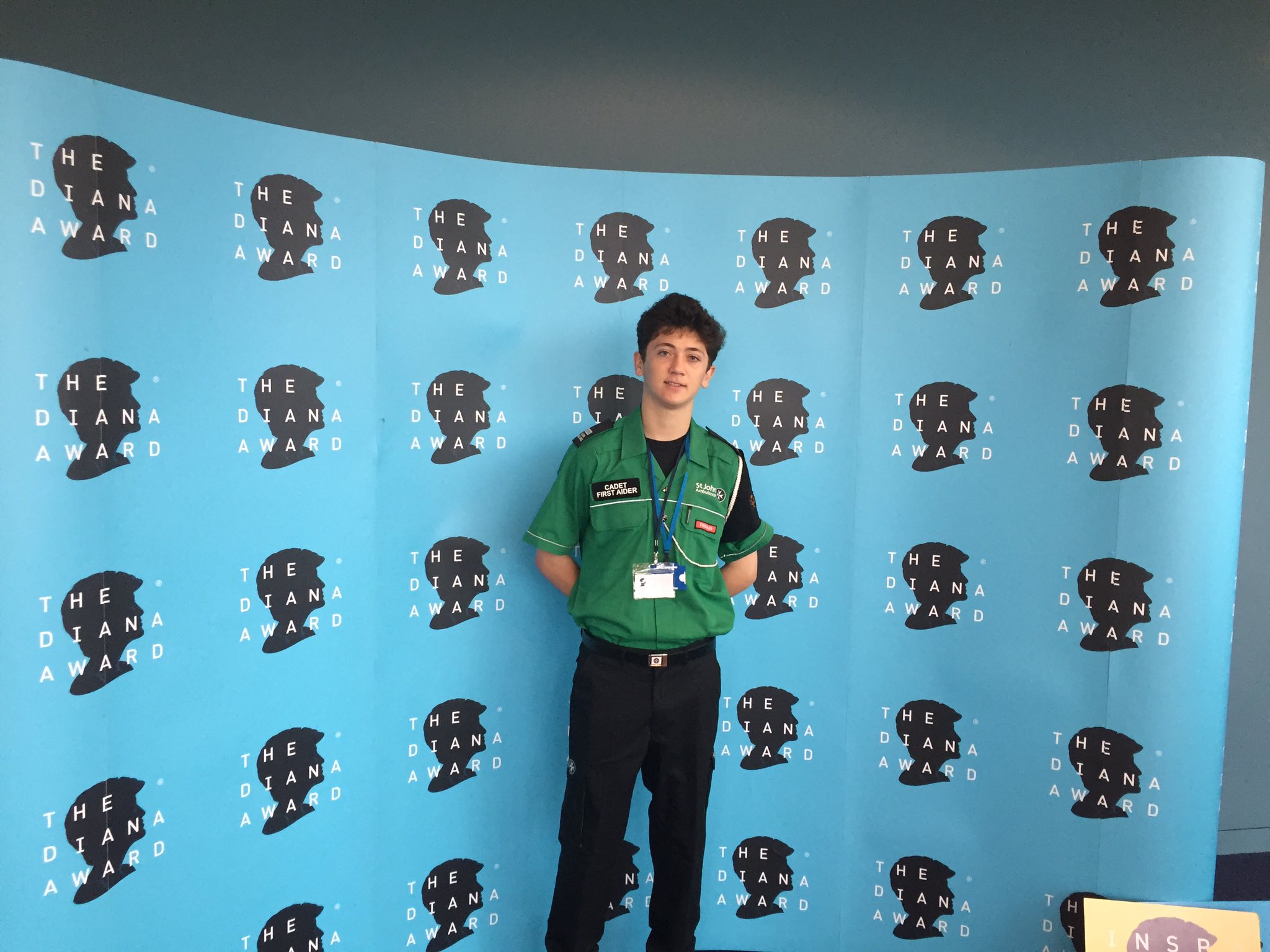 Pictured: Tom received a Diana Award for his volunteer work in 2017.

Helen joined St. John Ambulance in 2011 after completing a First Aid at Work course which she really enjoyed. In addition to her volunteering duties, she trains people on Community First Aid courses, teaching them CPR and demonstrating how to use defibrillators, skills that she put to use during a recent public event.

At only 17, Tom has been with St. John Ambulance for ten years now having joined at the age of eight. He is now a Youth Ambassador for the charity and has seen his 500 hours of volunteer service and his role in "transforming local medical education by introducing first aid into the curriculum from KS1 - KS5” recognised by a Diana Award.

Whilst on duty, Helen and Tom were called to assist a member of the public. While they were not initially alarmed by the call, they requested the help of Neil, the Duty Manager. 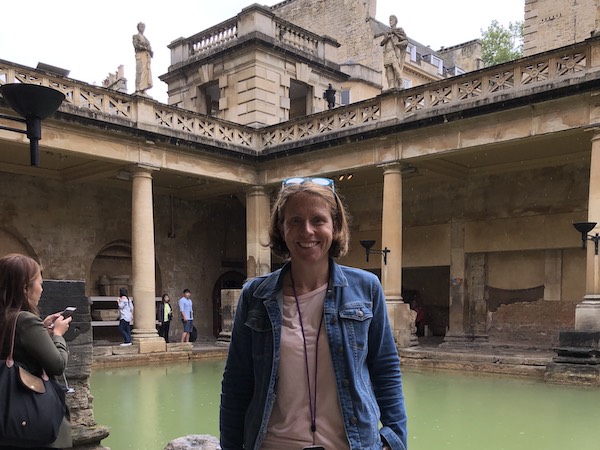 Pictured: Helen has been volunteering at St. John Ambulance since 2011.

Soon after Neil arrived, there was a rapid change in the condition of the patient, who stopped breathing. The trio started resuscitation immediately. Neil then went to get advanced life-support equipment, while Helen focused on the patient's airway and Tom started chest compressions.

They then administered oxygen to the patient and used the AED start defibrillation, all the while continuing resuscitation.

Paramedics then arrived, and the St. John volunteers helped move the man to their ambulance where he received further treatment before being taken to hospital.

While time seemed to go very slowly for all three involved, everything happened within a very short period of time, Helen said.

Pictured: The volunteers helped the ambulance crew move the man to the vehicle.

This was the first time Helen and Tom had to deal with CPR outside of a training room. “Initially, I felt a sense of panic, but took a few seconds to assess the situation and reflect on my training to ensure I was not missing vital steps and then began our treatment,” Helen recalled.

Having worked alongside Neil and Tom for a long time, she said she had complete trust in their skills and each quickly took up roles within the team to work on saving the man’s life.

“Knowing Neil and Tom so well was reassuring and gave me confidence at this time, but had I not had their backup, I would like to think that the training I have through my First Aid courses and voluntary work with SJA would have meant I could provide someone with the help needed to save their life. Learning CPR has proven to be an invaluable skill for me." 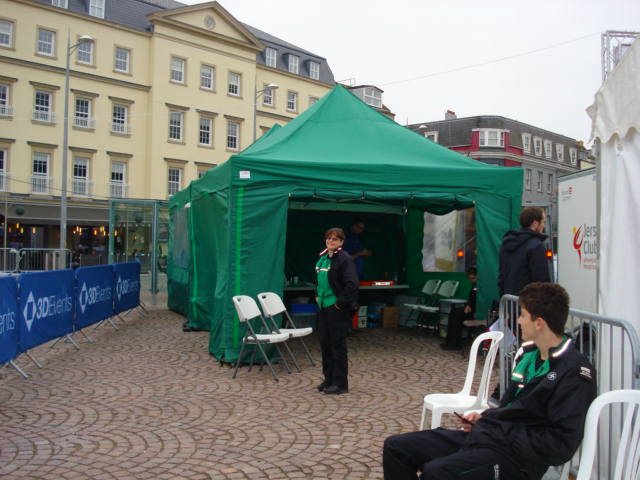 Tom credits teamwork for saving the man’s life, as “having amazing colleagues supporting you makes all the difference”.

“Helen and I immediately took on different roles when we first got to the patient, and, when Neil came, he assisted Helen with more advanced life-support skills. We all knew our roles and assisted, supported each other during and after to event," he noted.

“We are trained to deal with a variety of conditions/illness in St. John Ambulance, and there is an obvious emphasis on the importance of knowing CPR and how to deal with a Cardiac Arrest."

Following the experience, none of the group expected to receive the ‘Spirit of Jersey’.

“We all did what we had been trained to do, and any of our fellow volunteers would have done the same in that situation," Tom said. “However, it is very humbling to get such a prestigious St John Award and entirely out of the blue, but it is nice to share that recognition along with Neil and Helen.”

“I feel honoured that SJA feel us deserving of such an accolade,” Helen added. “I understand this is not often awarded and am proud to receive this."

Tom hopes the incident and the trio's subsequent award will help raise awareness of the effectiveness and importance of knowing CPR and how to operate Automated External Defibrillators (AEDs), which he says everyone can learn.

“I urge everyone who hasn’t done a Basic-Life Support course or First Aid Course to book one, you never know when you might need it,” Tom said, later adding: “We are lucky to have so many AEDs on this island so it is vital that if your business has one to ensure the battery is working and it has the relative equipment as they could be needed at any moment – they are also really easy to use and will talk members of the public through how to do CPR.”