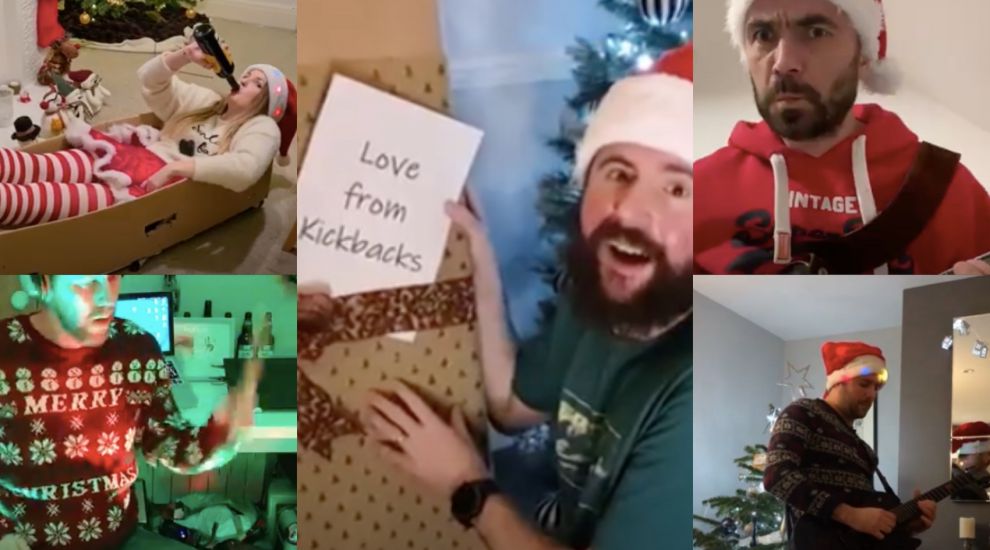 With corona virus preventing them from performing this year, Kickbacks decided to put their instruments to good use to make a rocking Christmas list.

Over the Christmas period, Express is bringing you a series of Bailiwick Christmas Covers from across the island's diverse music scene, from instrumentals to pop classics.

"Kickbacks is a cover band from Jersey who thrives on a crowd that wants to dance and are up for a great night out," the quintet said.

"Each member of the band has been on the Jersey music scene for many years and we are renowned for taking a different approach to other cover bands; you’ll know all the songs we play but maybe not the way we play them!

"Our style is a fusion of energetic punk and pop-rock together with an eclectic collection of guilty pleasure songs from across the decades."

Talking about their cover, the band said: "We haven’t been able to gig much this year given the circumstances, so we thought it would be great to put together a Christmas video and hopefully put a smile on people’s faces to end this year."

What Christmas means to Midriff