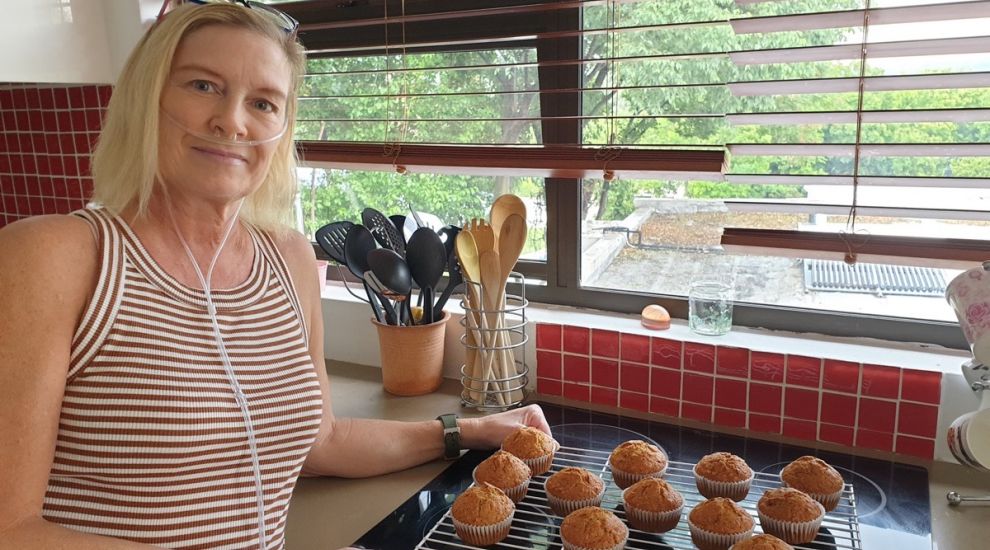 A local carer has urged islanders to always check they have insurance before travelling, after returning home recovering from a sudden, life-threatening bout of illness while on holiday in South Africa.

Angela Scott spent weeks in intensive care due to unexpectedly contracting bacterial pneumonia whilst visiting family last month, running up a £28,000 bill in the process.

Angela's partner, Suzette Jansen Van Rensburg, and her friends set up a Go Fund Me page initially to raise money to fund Angela's medical repatriation back to Jersey.

However, after being unable to raise enough to bring Angela home, the money was instead put towards Angela's medical bills after a misread email left her without travel insurance.

Angela had responded well to the antibiotic treatment for the bacterial infection and was moved out of intensive care, but had to remain in hospital for two weeks due to still needing a ventilator for oxygen.

Suzette flew to South Africa to be with her partner and described the whole situation as an "absolute nightmare".

Due to being an Intensive Care nurse at the Jersey General Hospital, Suzette successfully hired oxygen equipment in order to be able to nurse Angela herself outside of hospital in South Africa but she was still not strong enough to fly home. 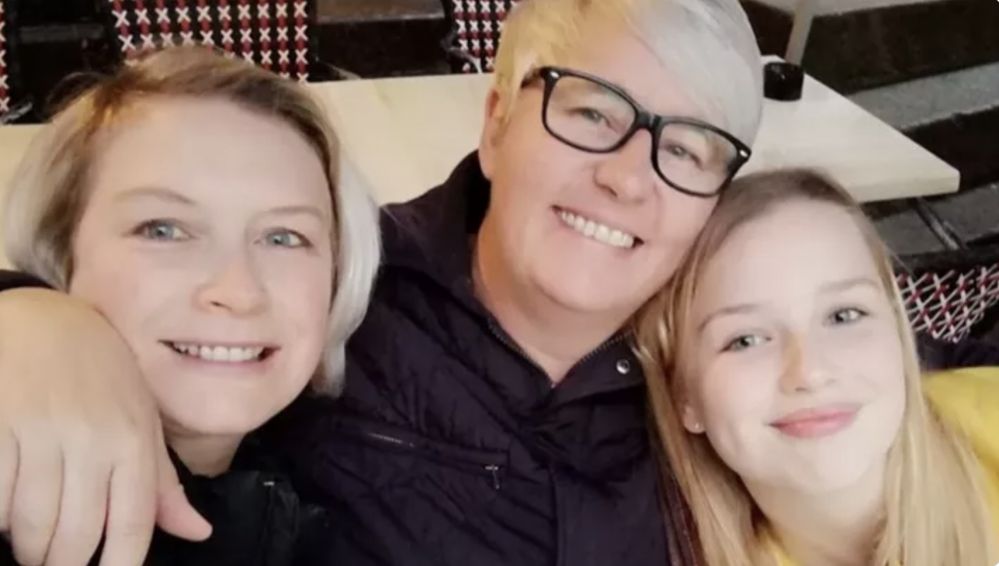 Pictured: Angela and Suzette are now back home and reunited with Angela's daughter, Amelia.

After a couple of weeks, Angela was "doing very well and is becoming less dependent on oxygen"

She was then given doctor's approval to fly home with on-board oxygen and the airline successfully approved the medical documentation.

"We are so happy to be home with our family"

Angela and Suzette arrived back in Jersey on Friday afternoon, after being able to travel on a plane equipped with extra oxygen for Angela.

Suzette said: "We were a bit stressed but I’m happy to say the whole trip was uneventful. We are so happy to be home with our family after nearly two months away!"

She added: " I just wanted to thank everyone again for all your very generous donations."

At the time of writing, the GoFundMe page has raised just over £19,000 and Suzette explained that the money is now "safely in the coffers of the hospital where Angela was treated". 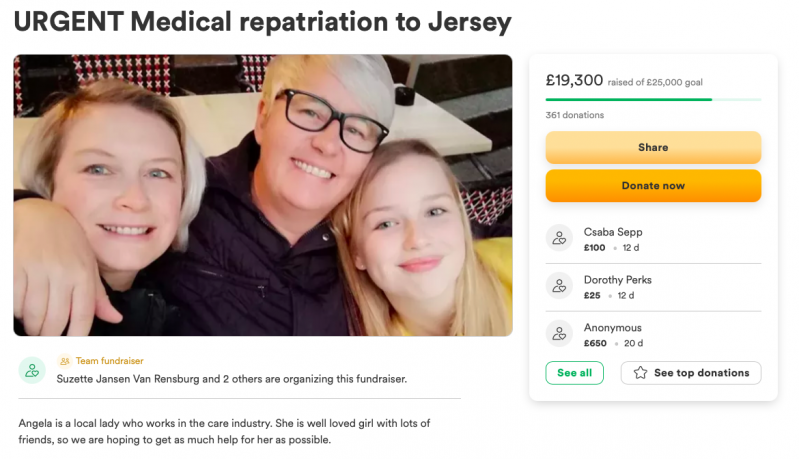 Pictured: The fundraising page has now raised over £19,000.

As an Intensive Care Nurse, Suzette explained that she had to fight a constant battle to ensure that her partner was getting the care that she needed in hospital as well as fighting discrepancies in what the South African Hospital had tried to charge.

"We are very grateful"

Angela's final medical bill was close to £28,000 and Suzette expressed her generosity for the "dent" that the Go Fund Me donations had made in the total amount.

She said: "It has been a massively stressful time for both of us but thanks again to you all for relieving some of this financial pressure for us! We both are very grateful to the generosity of friends, family and complete strangers.