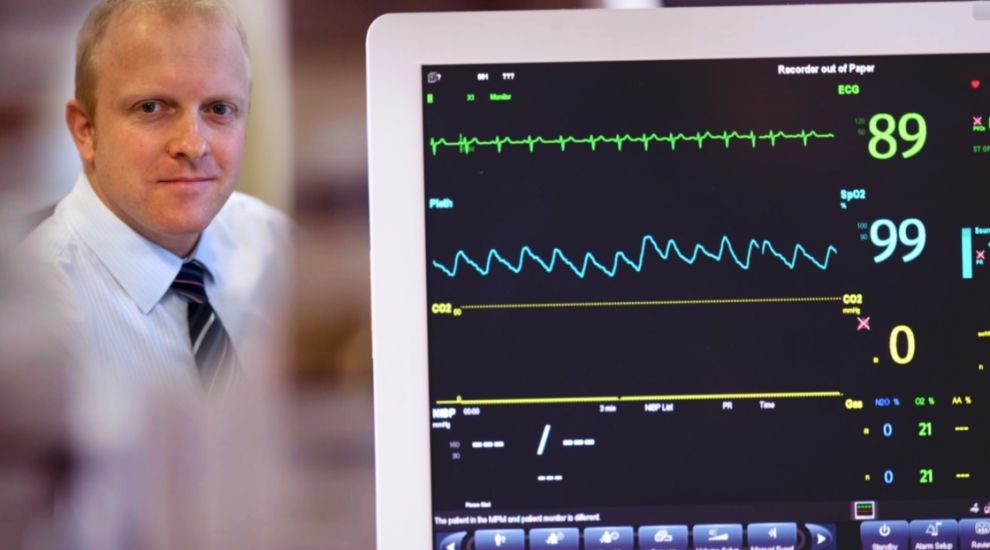 The founder of a local heart charity is urging young people to come to Highlands today to get a free "15 second" heart check-up.

It was founded in 2018 in memory of Neil ‘Ginge' Hussey, who was 40-years-old when his heart stopped in 2015 as a result of an undiagnosed condition.

He was a physically fit man, being a "runner, swimmer and cyclist" and passed away from a condition which had displayed no obvious symptoms. It prompted Neil’s wife, Blanca Palacin, to set-up the charity: “...to convert this tragic event into something that society could benefit from.” 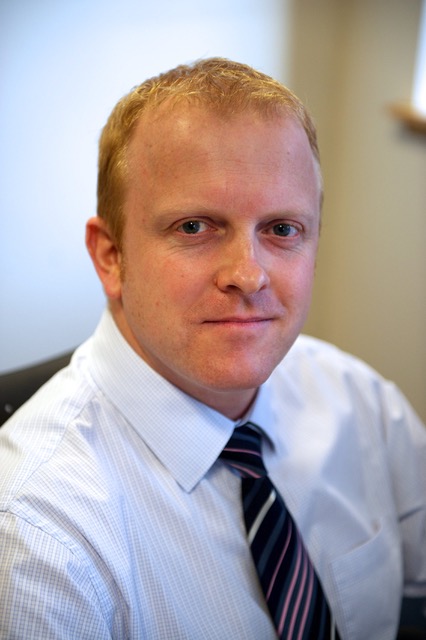 Pictured: Neil Hussey, who died in 2015 of an undiagnosed heart condition.

The aim of these tests is to help detect possible heart conditions which may have gone so far undiagnosed.

The ECG test can help detect a number of conditions. For instance, the test can detect a chemical imbalance in the heart, a low-heart rate or an arrhythmia, an irregular heartbeat, which is often the cause of strokes later on in life. Blanca said: “it can’t detect everything, but it’s a good start.”  Only people aged 16 and above are eligible, as it is from the age of 16 that a heart can be considered ‘adult.’

The test itself is easy and non-invasive taking "literally 15 seconds" to undertake. The ECG machine the charity uses is “is about the size of an old Nokia brick” and is designed to be portable. The nurse undertaking the test will attach electrodes to the chest and limbs, which detect the electrical signals sent out by your heart when it beats. Blanca said “You don’t feel anything…It takes more time for us to explain everything and for you to undress than to do the test.”

At each session, the charity tests 15 people, with each person being allotted 15 minutes, with the aid of a volunteer nurse. Blanca said that the charity “has had a bit of difficulty” finding nurses in the past due to shortages of staff on island. However, they have recently been joined by a number of new nurses as a result of the work of Anne McConomy at The Care Hub Jersey Ltd, a Jersey based nursing service that has proved the Neil Hussey charity was volunteer nurses and refresher ECG training for no charge. Thanks to their work, the charity has “a great group of people who are willing to give up their free time to help us.” 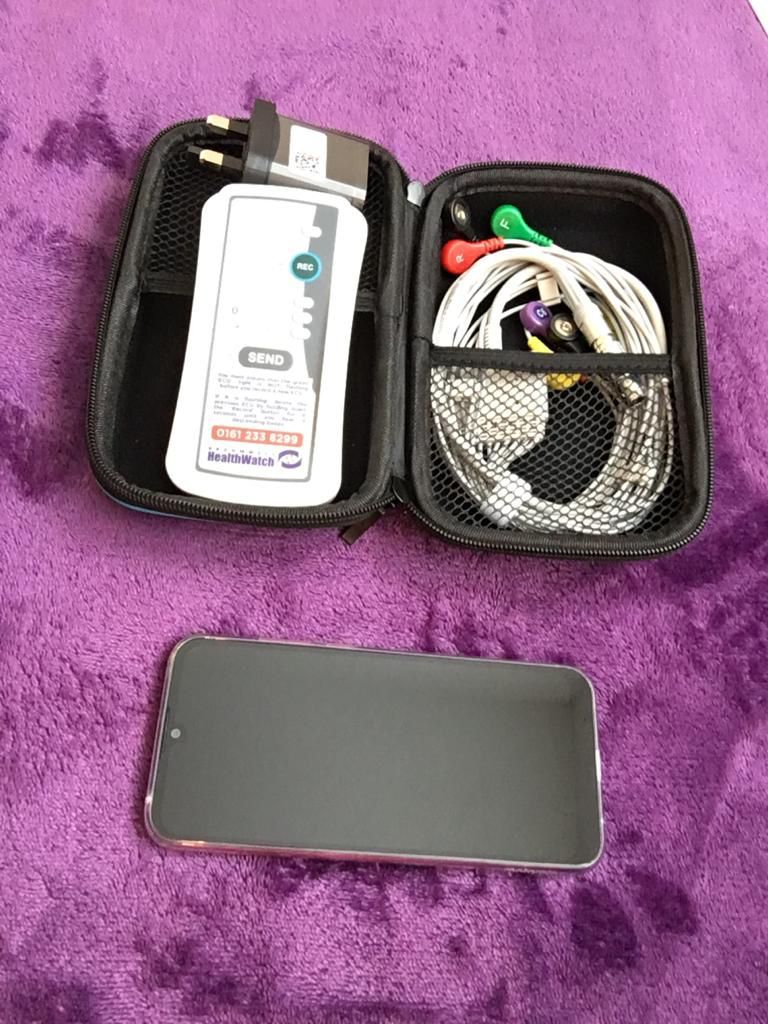 Pictured: The ECG equipment used by the Neil Hussey Heart Charity. It is "the size of a Nokia brick."

Given their expanded nurse capacity, the charity is now hoping to reach sports clubs as well as schools. They hope that sports clubs will let them come in, preferably when members are at rest and haven’t yet undertaken any strenuous exercises. The charity’s goal “is to reach as many clubs as possible.”

Blanca encourages any school or sports club to get in contact with the charity to arrange a session. Any club or school that is interested will be sent a health questionnaire, which they should distribute to their members/students, to help find the most eligible candidates. Only those with no known health conditions are eligible. 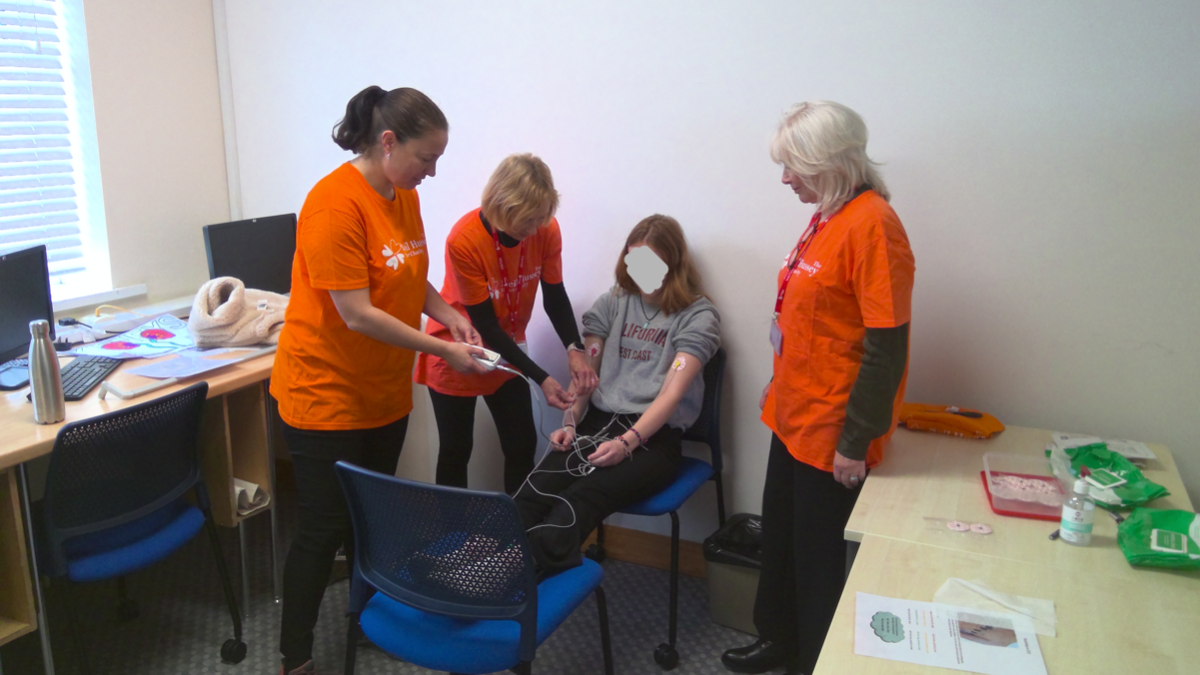 Blanca said: “In the last few years, we have seen people collapsing, young people, during exercise, completely out of the blue. They didn’t have a second chance. The test is such an easy way to know for sure if you’re ok and prevent this from happening.”

The charity is also urging any nurses to come forward and volunteer to help them administer these tests. “You don’t have to commit to much” Blanca said “we ask for as little as three hours a year .” The charity will also provide the necessary training.

To arrange a session, you can contact the Neil Hussey Heart charity at neil.hussey.heart.charity@hotmail.com.

For more information or to donate, you can visit their website HERE.