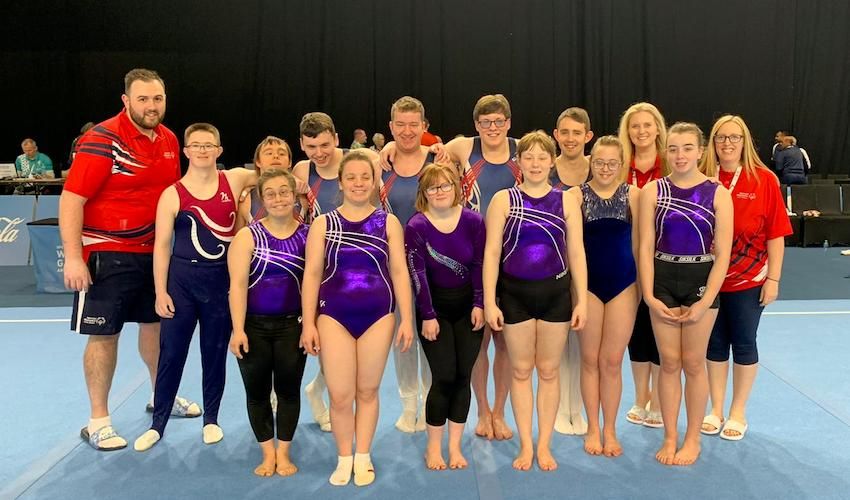 Islanders have sent their well wishes to four young people from Jersey, who will today be flying the flag for Team GB as they compete in the artistic gymnastics category of the Special Olympics.

The competition, which is described as "the world’s largest humanitarian sporting event... focus[ing] on the empowerment of People of Determination with intellectual disabilities through the power of sport", opened with a bang last night.

Last night we officially kicked off our @WorldGamesAD!

Raise your if you are ready for competitions to begin! #MeetTheDetermined pic.twitter.com/v70vHE8E5D

The four local gymnasts will be part of the 129-strong team GB and will compete in artistic gymnastics - a discipline they practice at the Jersey Special Gymnastics Club, which operates under the umbrella of the Jersey Sports Association for the Disabled (JSAD).

Paul Patterson, the JSAD Chairman, said: "Obviously I am delighted that the four Jersey gymnasts have been selected to represent GB at the highest level of competition possible within Special Olympics - it reflects much hard work and dedication from the gymnasts themselves, their coaching staff, parents and fundraisers who are all part of the Jersey Special Gymnastics Club.

"The Jersey Special Gym Club has a long and very successful track record in producing some of the finest special gymnasts in GB and have managed to get Jersey athletes to the World Games arena for the past three games - additionally the Club have produced stunning results at the National Championships for the past decade - dominating the gold medal position for that entire time span."

"I have every confidence that our four local gymnasts will do the best they can for themselves, their coaching staff, Jersey and of course GB and I am proud of their achievements," Mr Patterson added.

Senator Steve Pallett, the Assistant Minister for Sport, described the athletes' selection as a "fantastic achievement for Jersey". He said that seeing that the entire Southwest region had five athletes going to the Special Olympics, while Jersey - "a nine-by-five island" - had four, was a testament to the "quality and standard" of the local athletes.

"It's incredible to get so many athletes on the squad," Senator Pallett added. "For the island's reputation, it's great! It shows the quality of some of the athletes and the depth we get."

The Assistant Minister also praised the athletes' coaches for the "great standard of coaching" they provide to the athletes, enabling them to achieve "fantastic results and performances".

They'll be put to the test today, with artistic gymnastics one of the first disciplines on the agenda.