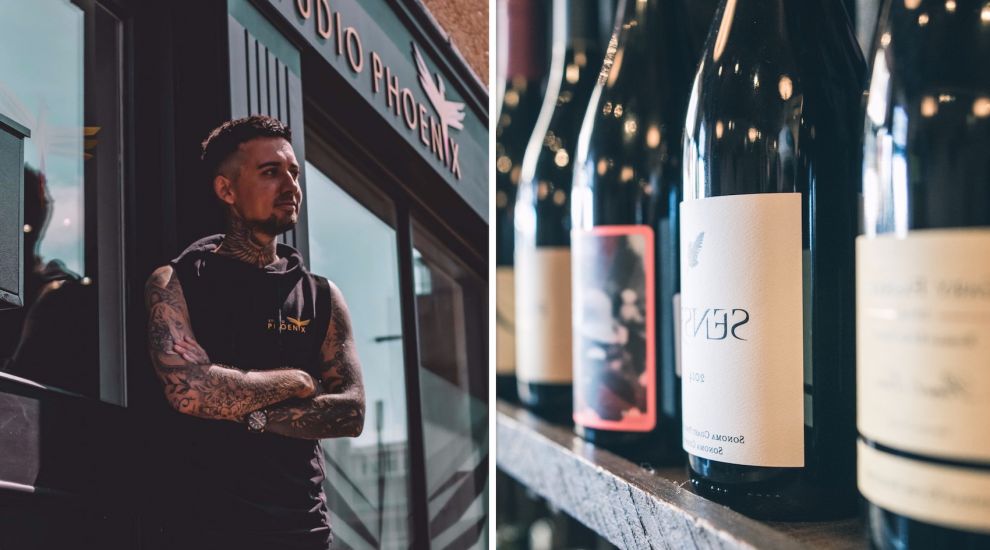 After Christmas toys and Easter eggs, a local hairdresser and ‘Lockdown Hero’ has launched a drive to collect 1,000 bottles to help raise funds for Jersey’s special educational needs school.

Dominic Basilio (33), who recently opened his own salon ‘Studio Phoenix’, is focusing his collection efforts on Mont A L’Abbé School for his latest initiative.

Dominic - whose efforts at the Salvation Army foodbank saw him win the title of TMF Lockdown Hero following a poll of Express readers - first got in contact with the special educational needs school last year as part of his Christmas toy drive. 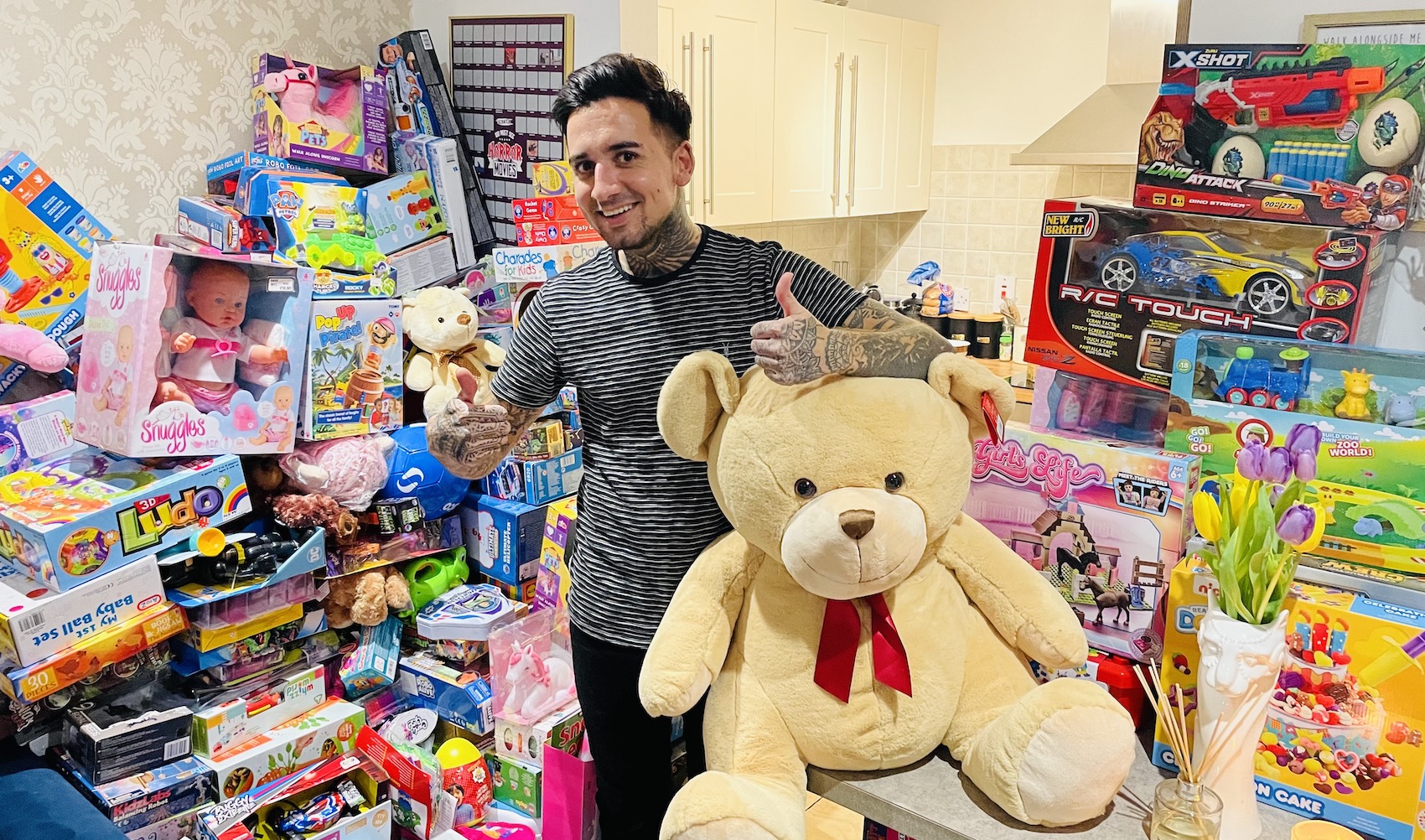 Pictured: Dominic donated toys to Mont A L'Abbé School after collecting 872 ahead of Christmas.

In total, Dominic received 872 toys which he then distributed between local charities, including Causeway Shelter, the Jersey Childcare Trust, Brighter Futures and the Women’s Refuge.

The toy drive was so successful that it also helped him fulfil a four-page wish list sent by the school for its 130 pupils. While he was planning on buying the items himself, Dominic was able to source two thirds of the items required by kids through the donations.

“I reached out to them to see how they were doing as everyone had been struggling so much with everything going on,” Dominic explained. “I asked that they get the children or teachers to write me a wish list for each child and I’d fulfil it.”

Earlier this year, Dominic made a delicious delivery to the school after collecting 1,100 Easter eggs - more than twice the amount he was originally aiming for. 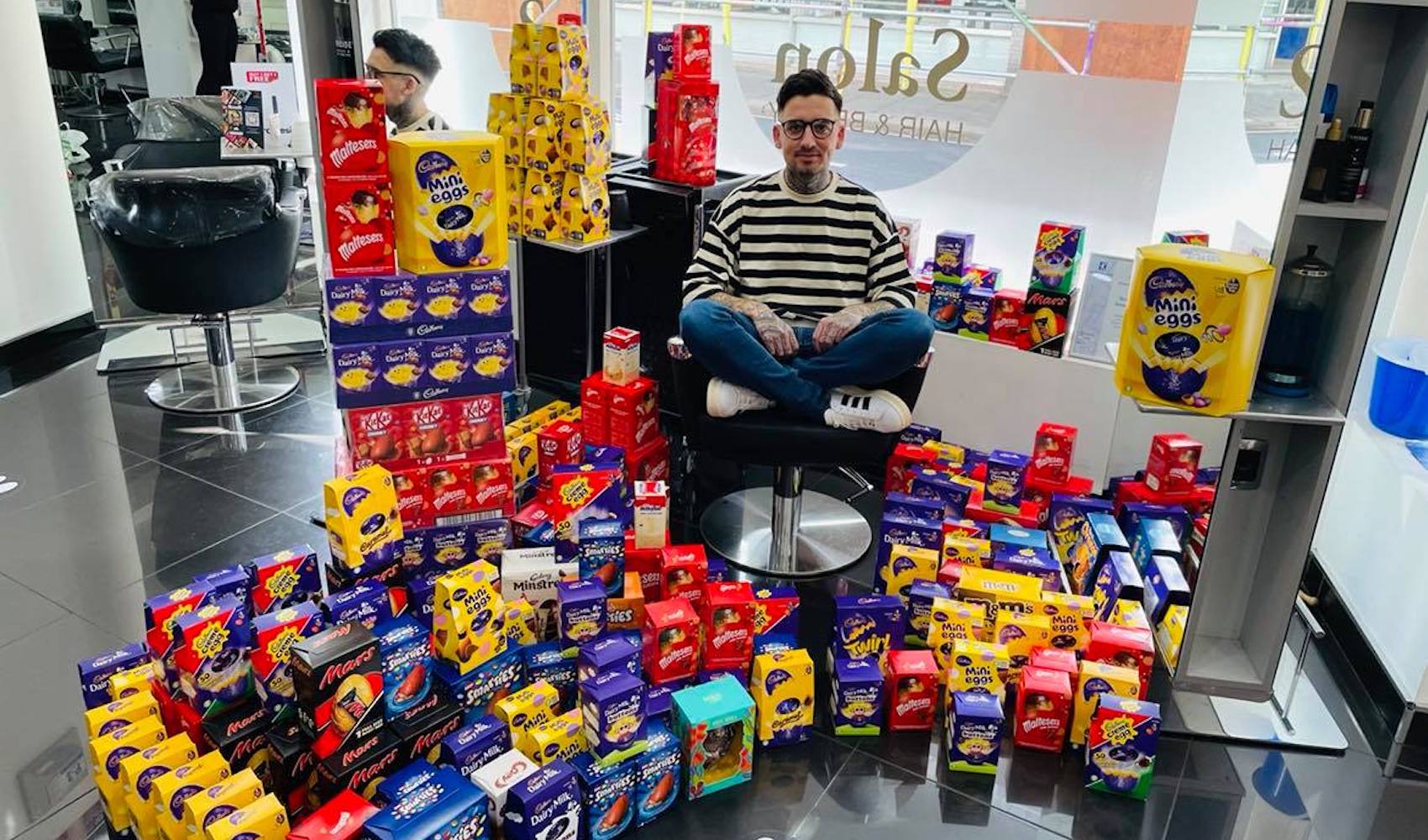 Pictured: Dominic and the 1,100 Easter eggs he collected.

Following Dominic’s generous efforts, the school’s PTA contacted him when they launched a bottle drive, and he didn’t hesitate to help.

He is hoping to collect 1,000 bottles of any kind - from spirits, wines and oils to soft drinks, and even bath and household products - which will then be raffled off. All will need to be dropped off at Studio Phoenix in Rouge Bouillon.

The bottles will be raffled by the PTA at a later date to raise funds for the school and its pupils.

As with his previous collections, Dominic is offering raffle tickets for every donation with a £100 Studio Phoenix Voucher and a ‘surprise’ bottle, an Olaplex treatment or cut and blow dry voucher and a ‘Studio Phoenix hamper’ up for grabs.

“I never imagined I’d be collecting bottles and god knows what I’ll be collecting next,” Dominic said. “But as long as it’s all going to a good cause and the drives are working, I’ll pretty much collect anything, not to sound too much like a hoarder!”