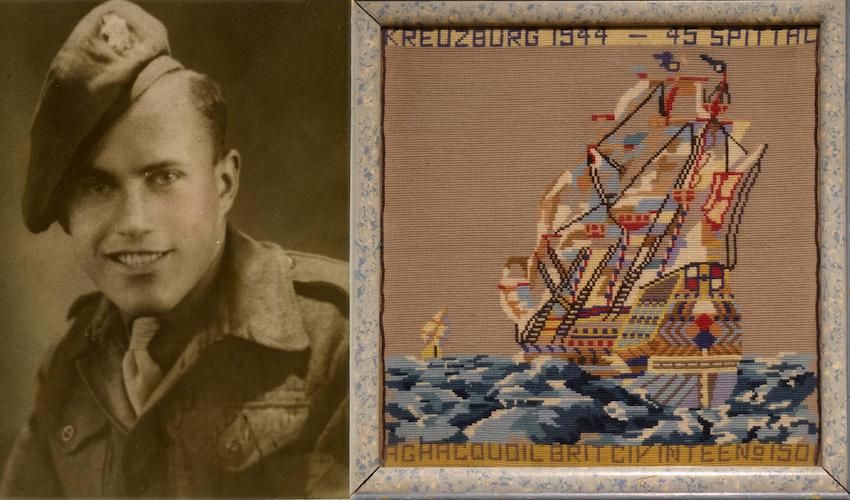 A tapestry embroidered by a young Jerseyman after he was rescued from a German internment camp with a "harsh regime" has been brought back to the island thanks to the efforts of his daughter-in-law.

Alfred George Hacquoil was deported on 25 February 1943 during the second wave of mass deportations from Jersey.

The first wave of deportations had taken place in September 1942. The second one targeted British Jews – men who had served as officers in the British Army; those born outside the Islands who had gained exemption the first time around; those who had previously been imprisoned; and those who were without employment. 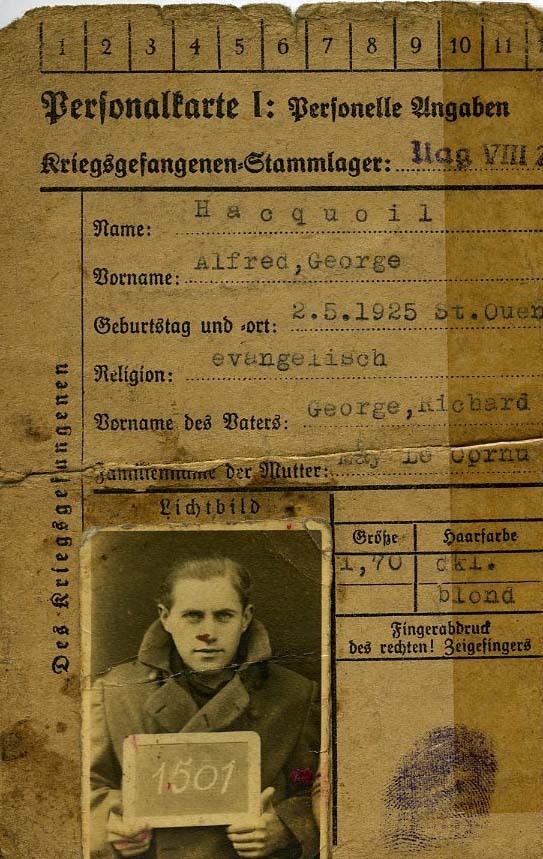 Alfred was a 17-year-old youth when in February 1943 he was arrested by the German occupying forces in Jersey for stealing from the Germans either a chicken or a rabbit - the family are not sure which.

It Is said he was also one of a group of young men who were causing trouble and, being unemployed at the time, he was put on the deportation list.

His deportation caused problems within his family. He testified later that his parents were dead and he was the breadwinner for his three younger brothers and a sister. His sister consequently tried to commit suicide and his brothers were placed in an orphanage.

Alfred was in a group of 20 Islanders who were first sent to Ilag VIII Kreuzberg in Germany, a civilian internment camp with a harsh regime. He said that if it hadn’t been for Red Cross parcels, they would have starved. 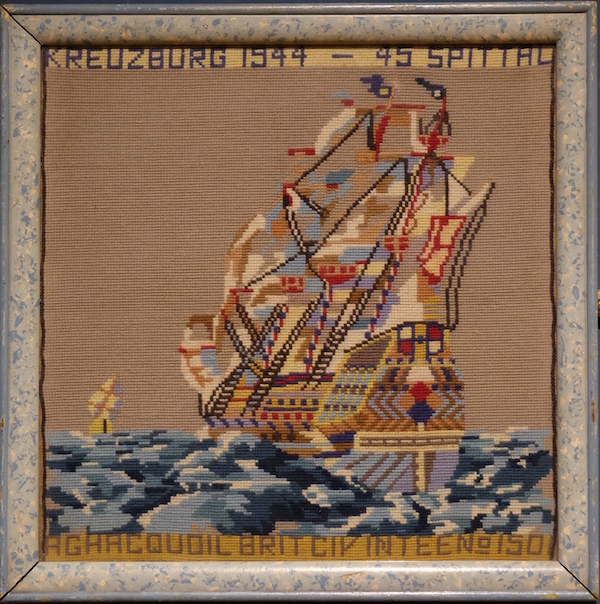 Pictured: Alfred embroidered the tapestry while in a displaced persons camp.

By early 1945, the Russians were closing in on the area of the camp and it was evacuated. The internees were loaded into cattle wagons for a journey into Austria which took 12 days.

At the internment camp they arrived at, in Spittal, the men found food thanks to an air drop by the RAF and they were eventually liberated by a British tank division. It was while he was then in a displaced persons camp in Spittal that Alfred embroidered the tapestry of a ship, which epitomised his dearest wish – to sail back to Jersey.

However, Alfred never did return to live in Jersey. Instead, he settled in the North of England with his wife and family, who treasured his tapestry for over 70 years.

Last year, Jersey Heritage’s Senior Registrar Val Nelson was contacted out of the blue by a woman in Manchester, Alfred's daughter-in-law, who said she had something that she wanted to donate to the collections. 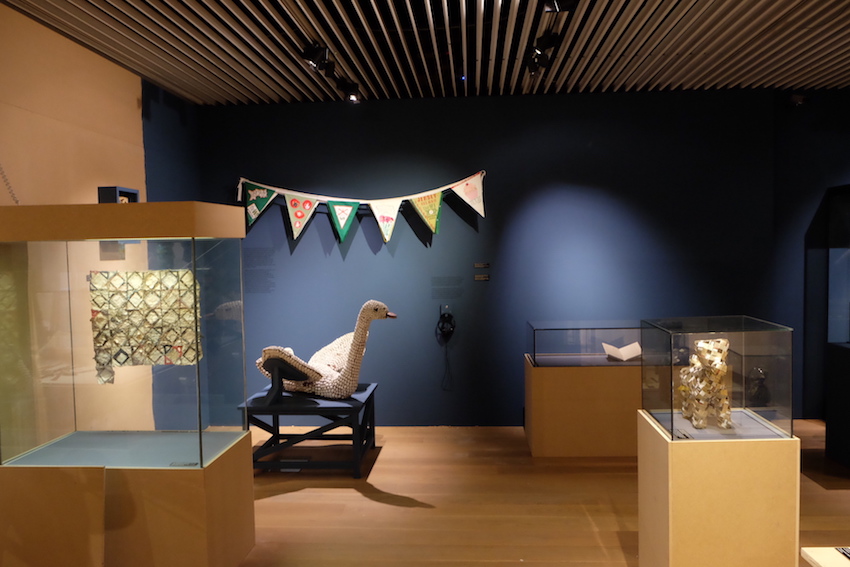 Pictured: The Hacquoil tapestry is now on display in the new ‘Handmade Jersey’ exhibition at Jersey Museum and Art Gallery.

Since the death of her husband, Alfred’s son, she felt the tapestry should come home to Jersey and the Hacquoil Tapestry is now on display in the new ‘Handmade Jersey’ exhibition at Jersey Museum and Art Gallery.