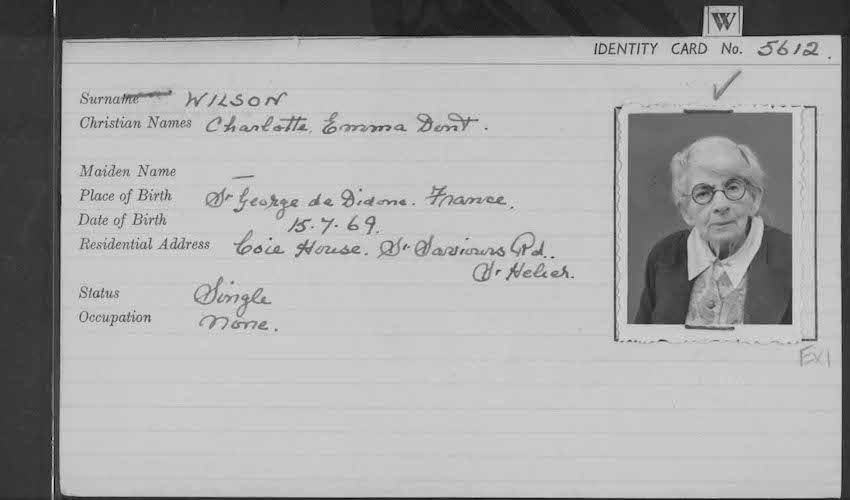 The Animals' Shelter is one of the oldest and well-known charities in the island, but the philanthropic endeavours of its founders – two sisters from St. Saviour – have been all but lost to the mists of time.

As the island celebrates 100 years since (certain) women were afforded the vote in Jersey, historians cast their minds back to one campaigner in particular who, along with her likeminded sister, joined the fight for both human and animal rights…

“This month marks the 100th anniversary of women being given the right to vote in Jersey. But the movement did not end there; the campaign to give women political equality continued.

In 1924, the Women’s Jersey Political Union (WJPU) lodged a petition asking for full civil and political rights for women in Jersey. One of the committee members of the WJPU was an extraordinary woman called Charlotte Wilson.

Pictured: The island is celebrating the centenary of women being granted the vote.

A local campaigner and philanthropist, Charlotte was not content with fighting just for political rights, she also spent her time fighting for the welfare of animals and involving herself in social work.

Charlotte lived in St Saviour’s Road with her sister, Frances. Together, the sisters founded the Jersey Animal Shelter in 1913 after being appalled by the number of domestic animals found washed up on the island's beaches, having been drowned by owners unable to care for them.

In England, the Society for Prevention of Cruelty to Animals had been founded in 1824 and there is evidence of similar concerns about animal welfare in Jersey during the 19th century. By 1880, there were bequests being given in local wills and testaments to the Jersey Branch of the Society for the Prevention of Cruelty to Animals, which was founded in 1868.

Court records show that J. Picot, the officer of the Society brought prosecutions against individuals who were mistreating their animals, such as that of William Ellis, whose drunken driving of two horses and a carriage in 1884 resulted in the horses falling and one having to be killed.

While the Society appears to have been actively involved in the promotion of animal welfare and employed an officer to investigate cases, it does not seem to have offered a shelter for animals. In 1924, Frances and Charlotte bought 95, St Saviour’s Road. They gifted the property to the Jersey Animal Shelter to be used by the institution to maintain and develop the work begun by the two sisters.

It was to be a temporary shelter for abandoned, sick, injured and stray domestic animals; a place where animals could be put to sleep, if necessary, without pain and a place to generally encourage the good treatment of all domestic animals.

Charlotte was not only an active member of the Women’s Jersey Political Union and a Trustee of the Animal Shelter. In 1918, she established a club called the Sailor’s Rest in Wharf Street for Dockers and harbour workers, who had no place to go other than public houses while they were waiting to load or unload boats. This led to concern that they gambled and drank while waiting for the next ship to arrive.

Charlotte was a member of the sub-committee of the Sailor’s Rest and also became Honorary President of the institution in 1925. The Rest moved to Caledonia Place and then to the New North Quay in 1935.

The Rest’s aim was to offer workers a club “where they can sit and chat or play cards or dominoes. Sometimes concerts are organised which are largely and enthusiastically attended.” The club also hoped to help men “escape some of those competitive temptations which are so likely to occur in other places.”

Charlotte made her will in 1953 and, unsurprisingly, it included a number of philanthropic bequests, including one to the National Canine Defence League. She also bequeathed a number of family effects from the Dent Family (her mother’s family) including the Trafalgar medal of Captain Digby Dent, who served at Trafalgar.”