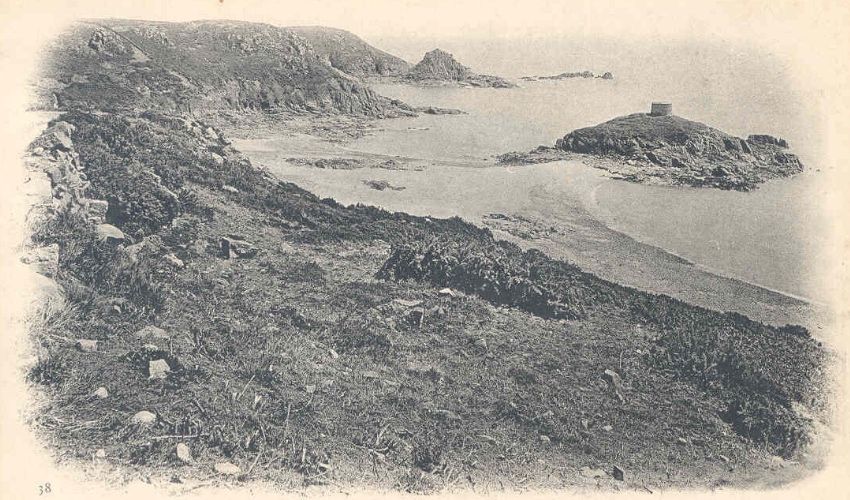 When we hear the word “smugglers” today, we tend think of the pub down in Ouaisné Bay - but over 170 years ago, it was further round the coast at Portelet where the owner of what is now another public house, the Old Portelet Inn, was undertaking some profitable but illegal activity.

The Inn was previously known as Portelet Farm and was owned by the du Val family after it was purchased by Philippe du Val in 1834.

The du Vals were a farming family and Philippe’s son, Nicolas, is recorded as living in the house in the 1851 census, along with his wife, Margaret, and six children. He was 42 at the time and is described as a farmer of 13 acres and landed proprietor.

But farming was not his only way of earning a living. Evidence from the Royal Court and local newspapers shows that he was also smuggling alcohol and tobacco into the Island. 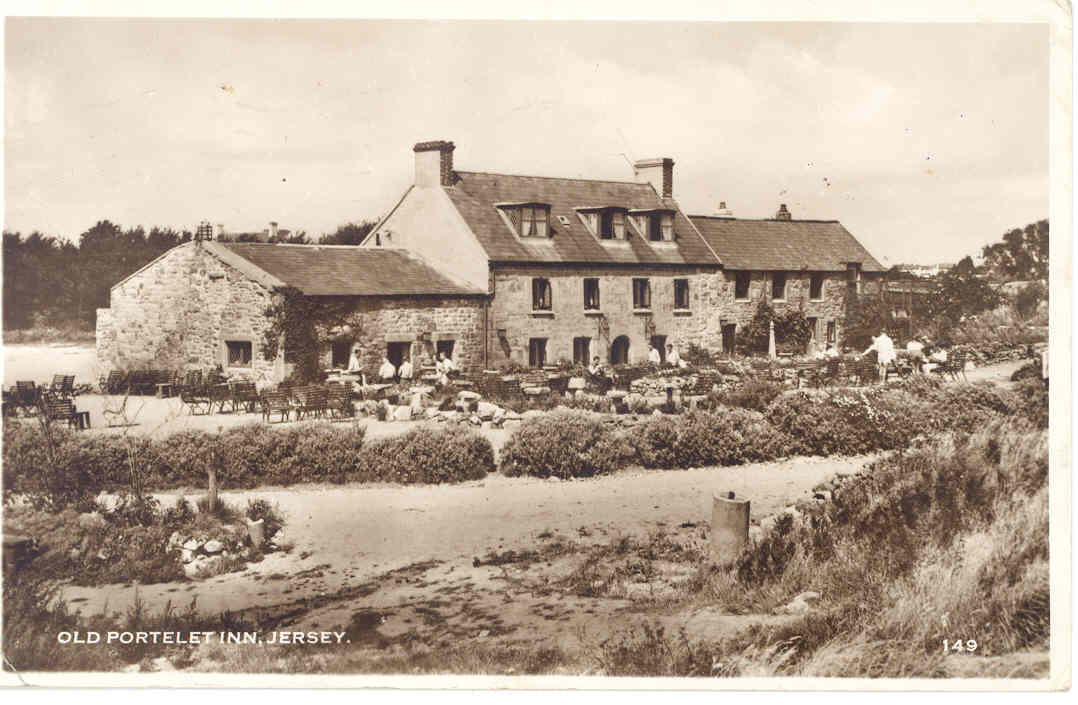 Pictured: A postcard of The Old Portelet Inn.

Smuggling was a profitable business during the 19th century for those who weren’t caught. Significant money could be made by landing tobacco in England and France.

In France, the manufacture of tobacco was only allowed by certain licensed companies and the smugglers took advantage of the monopoly by landing cheap tobacco.

Unfortunately for Nicolas and his smuggling activities, it seems the authorities had their eye on him.

An extract from the Royal Court dated 6 October 1851 reveals that Henry Charles Bertram, one of the sub-agents for Customs, confiscated six barrels of liquor from Nicolas on a night in September a fortnight earlier. Nicolas and some others had been discovered on the road between Portelet Bay and Nicolas’s house transporting the liquor in a cart drawn by two horses. 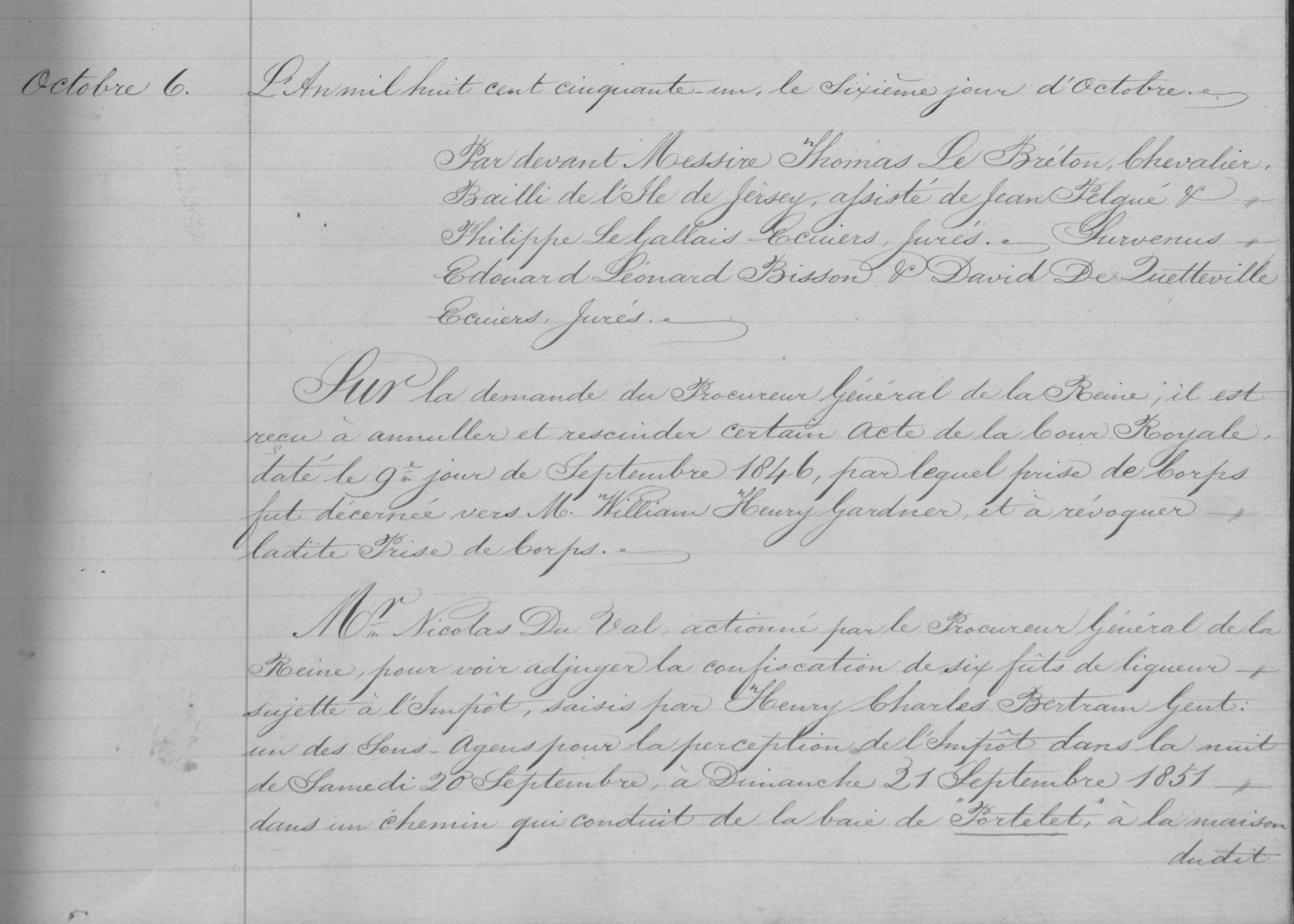 Pictured: Text from the du Val court case of 1851.

The Customs agent had seized all the liquor and the carts and horses. Nicolas by given a caution by the Court and had to pay a penalty of £40 to retrieve the horses and carts.

However, it clearly didn’t put the farmer off trying to make some extra money on the side. A few years later, in May 1860, Nicolas was in court again, this time being convicted of smuggling tobacco with John Floyd (or Flood), John Finney and Philip Baudains. The men had been ordered by the Commissioners of Customs to each pay a £100 fine and the tobacco that had been seized on-board the cutter, Fly, in Portelet Bay on 12 May had been confiscated. 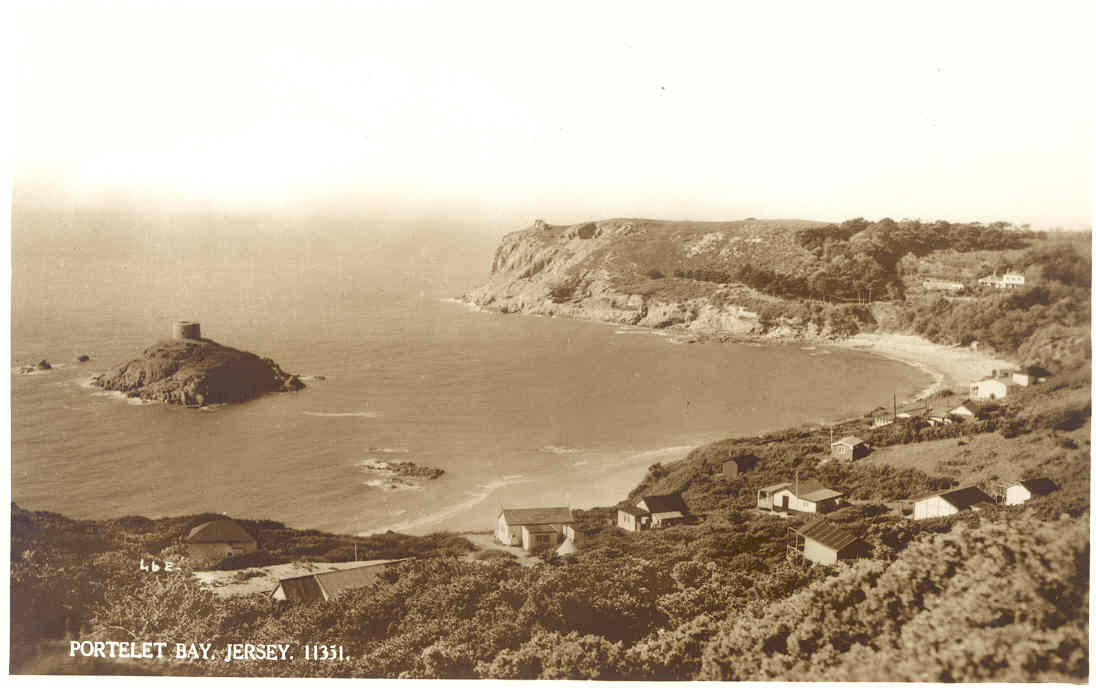 Newspaper reports of the court case reveal that Nicolas admitted to being present at the smuggling incident but argued that he found himself there accidentally. He told the Court that he had gone out to look for lobsters and “could not account for the tobacco which had found its way onto his boat”.

It is not known whether the Court believed his version of events but he was fined by Customs.

Nicolas’ attempts to hide the liquor he smuggled in carts, cellars and buried in the sand and the tobacco on his boat are just some of the examples of smugglers trying to evade Customs agents during the 19th century. In 1834, the ship, Rambler, from Jersey was stopped in England and 141 casks of spirits were found concealed in a false bottom aboard the vessel.