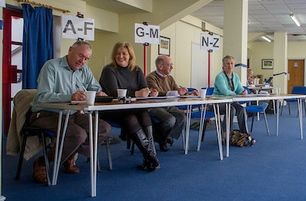 Voting booths are open until 8 pm as town residents in St Helier No 1 and 2 districts choose two new Deputies who will sit in the States until October.

Anyone who is 16 or over and lives in St Helier No 1 and No 2 districts is eligible to be registered to vote in the election.

The winning candidates will serve until the main elections in October, filling out the terms of Shona and Trevor Pitman, who were expelled from the States for being declared bankrupt. The winners will put themselves in pole position to win a full-term in October, and a States seat worth £46,000 per year.

With turnout expected to be dismally low, the results could be announced as early as 9 pm.