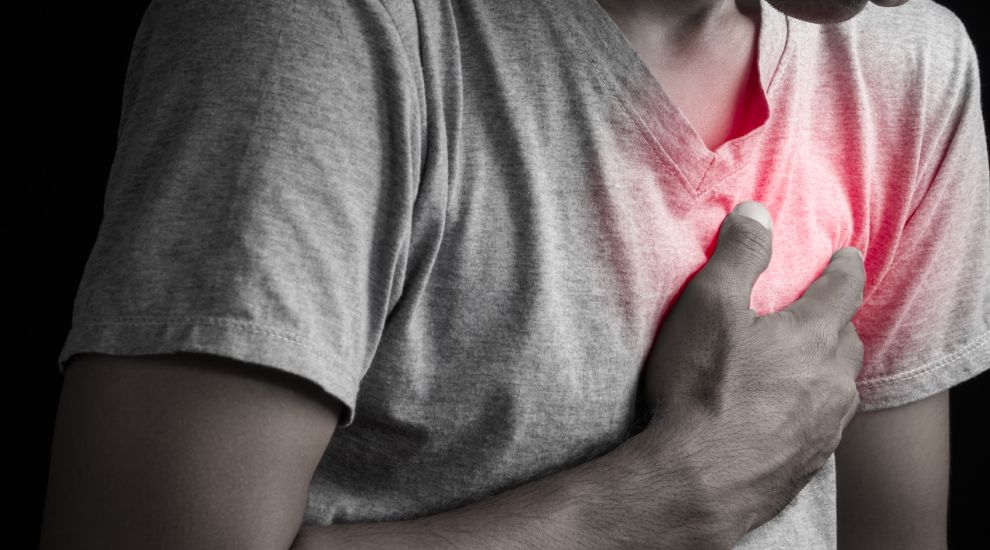 The slower pace of life during 2020 appears to have helped drive down the number of people dying due to heart attacks by around a fifth.

Meanwhile, respiratory disease-related deaths and dementia deaths fell by around 40% between 2019 and 2020, which may have been the result of shielding.

The figures came in the 2020 Mortality Report, released by Public Health on Friday, which reinforced the Superintendent Registrar’s finding in February that deaths in Jersey hit their lowest since 2014 last year. 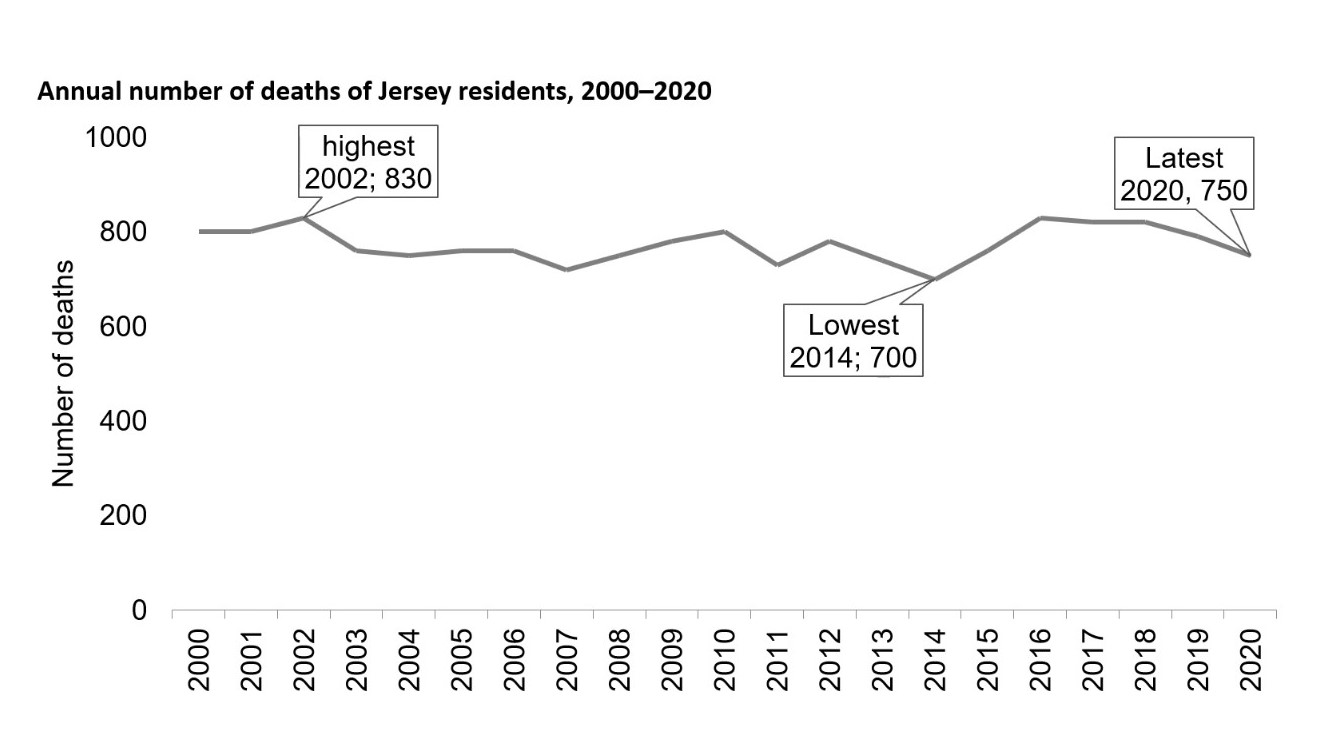 Cancers and diseases of the circulatory system were the leading two causes of death in 2020, as they have been since 2007, and accounted for 60% of all deaths. 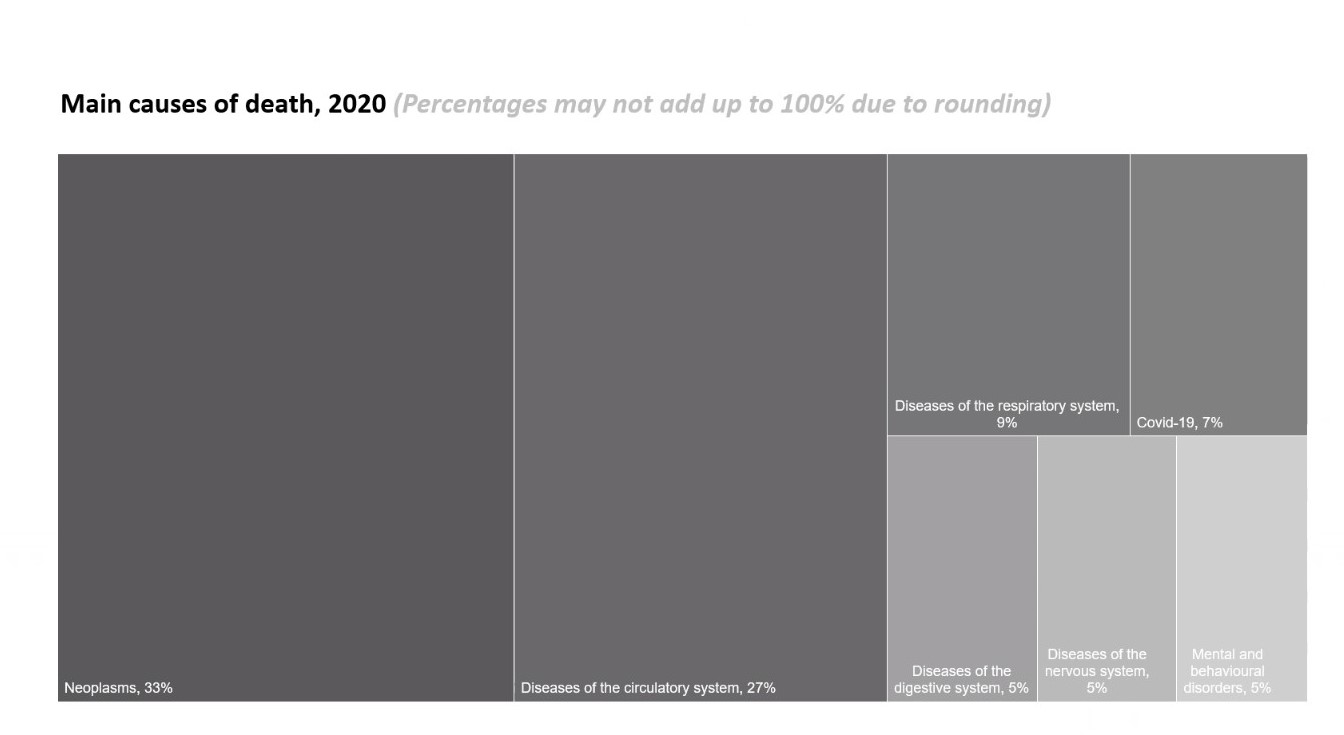 CLICK TO ENLARGE: The main causes of death in 2020.

Health Minister Deputy Richard Renouf said this was “testament to how well our community came together, followed the covid-19 guidelines, and supported one another in keeping our island safe, particularly at a time when we didn’t have access to vaccination yet”.

The Office of National Statistics reviewed Jersey’s data and coded the people who died from covid-19 rather than with covid-19, as seen in the Office of the Superintendent Registrar's reports. As a result, 49 islanders were marked as having died as a result of covid-19 in 2020.

In addition, covid-19 was mentioned on 55 death certificates.

The number of deaths due to covid were highest during the first and second waves in April and December 2020. Those months also saw the highest number of deaths overall with 80 and 90, compared to an average of 51 across the rest of the year. 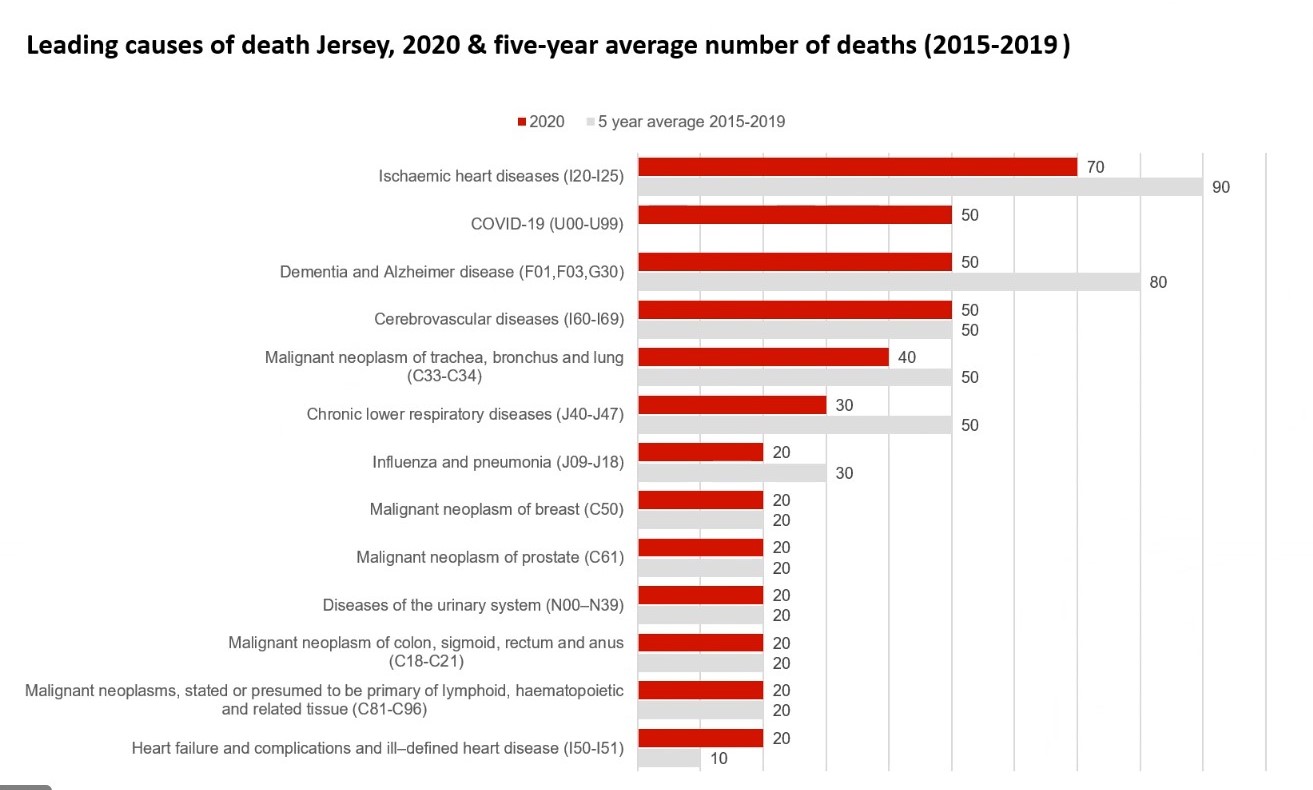 CLICK TO ENLARGE: There were less deaths by heart attack or respiratory diseases in 2020.

The statistics also showed a lower number of deaths caused by Ischaemic heart disease - which can ultimately lead to a heart attack - or respiratory diseases.

Senior Public Health Analyst, Marguerite Clarke, explained that more work would need to be done to analyse exactly why deaths due to heart attacks and respiratory diseases dropped so significantly, but suggested it could have been due to lockdown, which meant fewer people were “rushing around” in the morning when a lot of heart attacks occur, or as a result of islanders changing their exercise regimes.

She added that shielding meant the most vulnerable islanders were kept at home and therefore didn’t contract infections they might normally do, and that the focus on personal hygiene also helped prevent the circulation of colds and flu.

Finally, she said cold winters can see a spike in deaths but that last winter had been quite mild, which could have also influenced the patterns.

Deputy Renouf commented: “There has been an improvement in death rates in recent years with age-standardised mortality rates on a downward trend year-on-year; this continued into last year despite being in a global pandemic.

“The decrease in number of deaths from illnesses and diseases other than covid-19 could have been a result of shielding and keeping our vulnerable at home through lockdowns and restricting movement within the community.

"GPs worked closely with vulnerable islanders at the start of the pandemic to monitor health and ensure they were keeping well.”