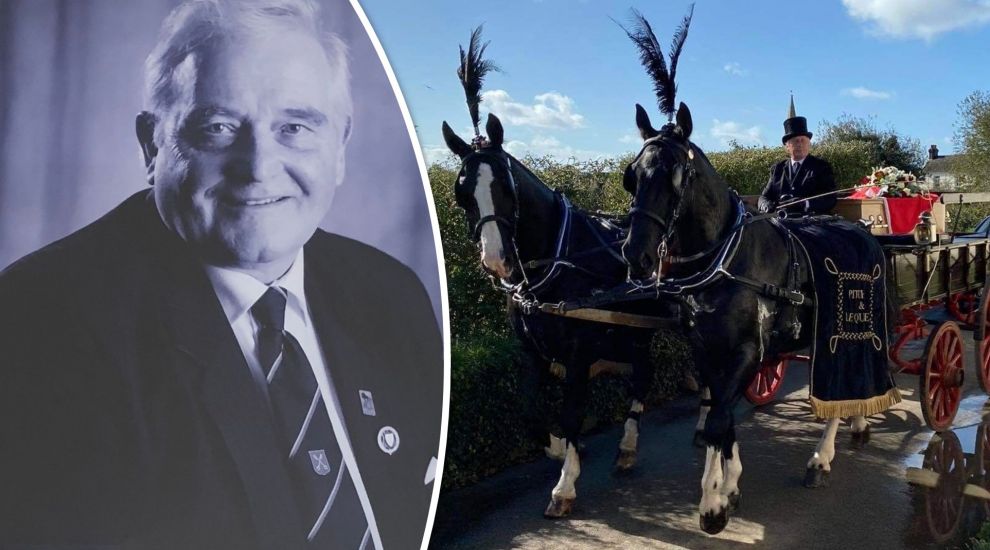 Parishioners, former colleagues and loved ones have bid a fitting farewell to the former Constable who founded green lanes in Jersey.

Before his funeral service at St. Peter's Church this morning, he travelled in a horse-drawn Jersey van down La Verte Rue, which was the first green lane that he opened.

It was the same one he had travelled in with the Governor when he first opened the lane in 1993. 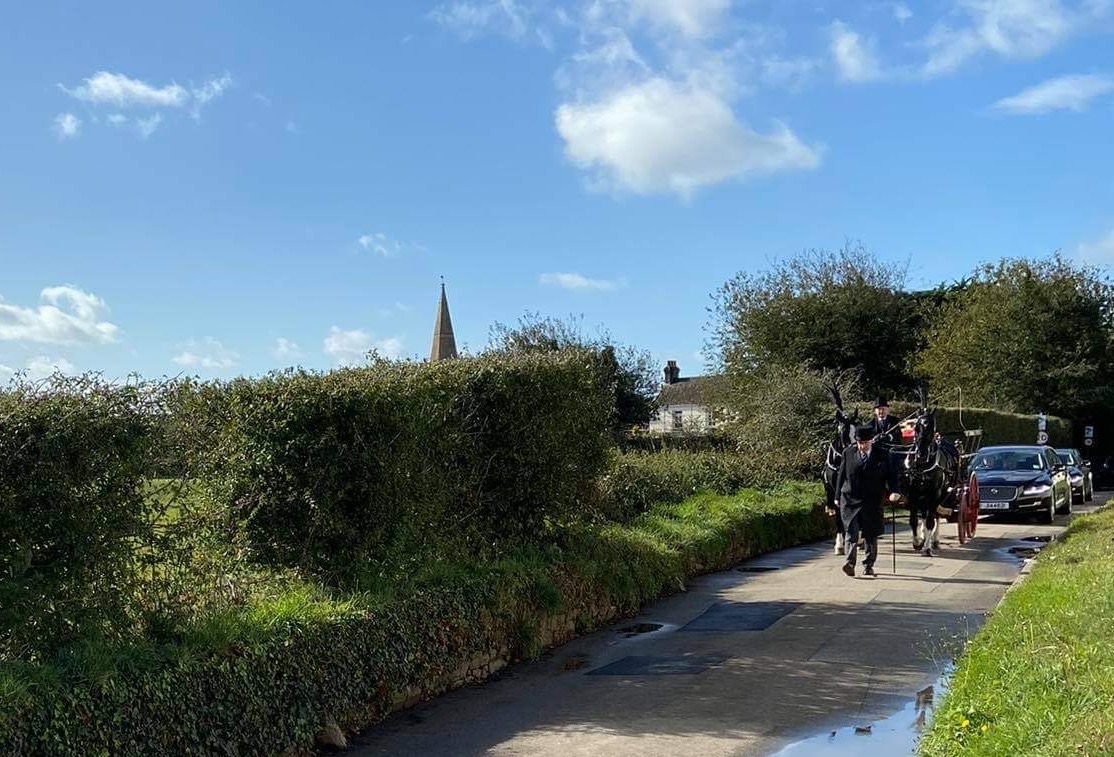 The service itself opened with a selection of music played by organist, Malcolm L'Amy, and a reading of Linda Ellis' poem, 'The Dash'.

'A Word about Mac' was then read by Malcolm Macready, followed by a eulogy from current Constable of St. Peter, Richard Vibert.

A recital of Buddy Holly's 'Everyday' was sung by Mr Pollard's grandchildren, preceding a reading of their memories of their grandfather. 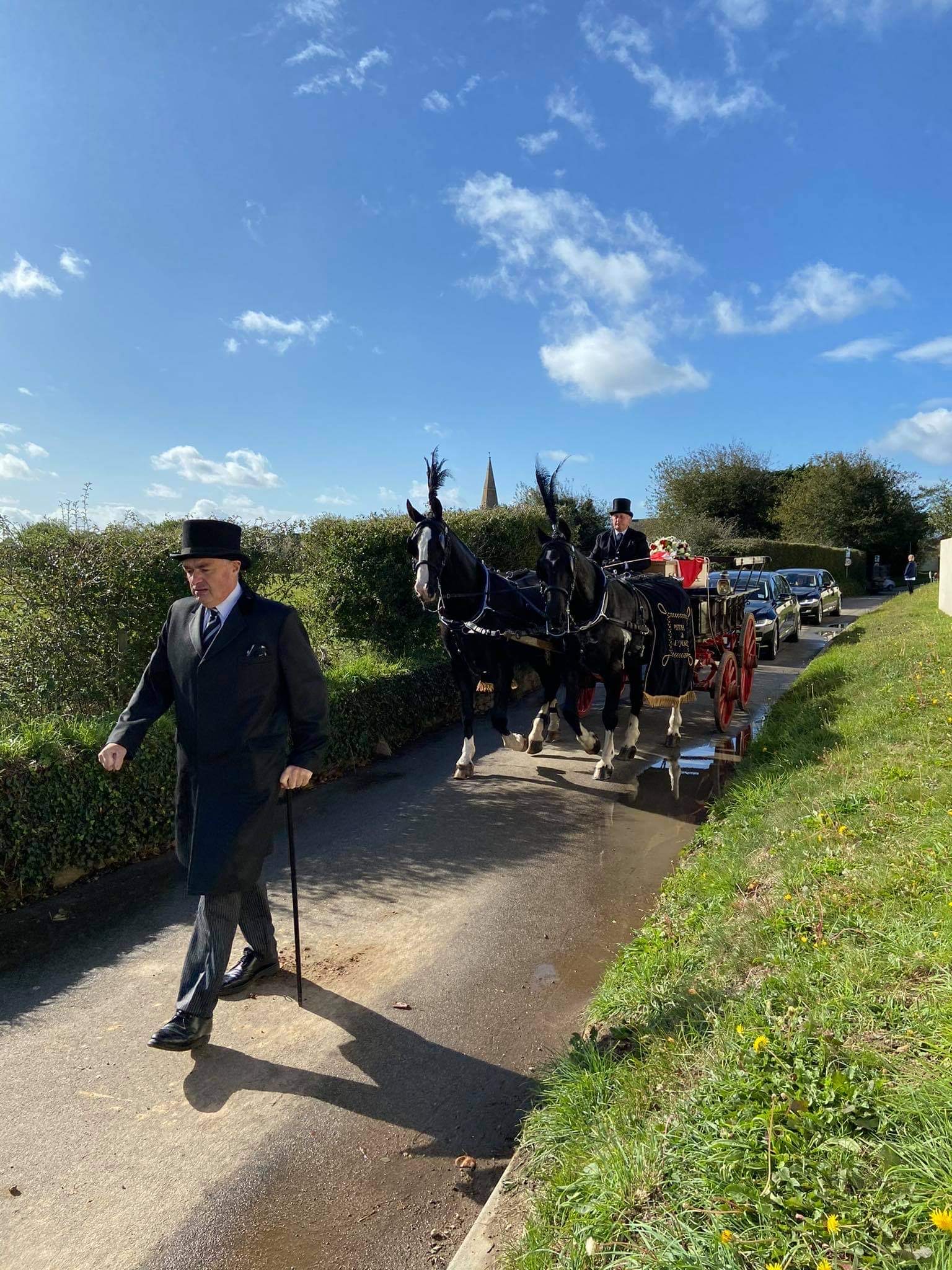 Pictured: Mr Pollard was drawn in the same van he was in when he opened the first green lane.

The service concluded with the music of 'The Big Band Sound' by Glenn Miller.

The Chief Minister, Senator John Le Fondré, was in attendance alongside some other States Members.

It follows a silence in the States Assembly this week, where Bailiff Tim Le Cocq paid tribute to the former Constable, praising how “his Parish was the first indeed to designate certain lanes as green lanes and introduce a 15mph speed limit to enable pedestrians and cyclists to enjoy the countryside in safety.” 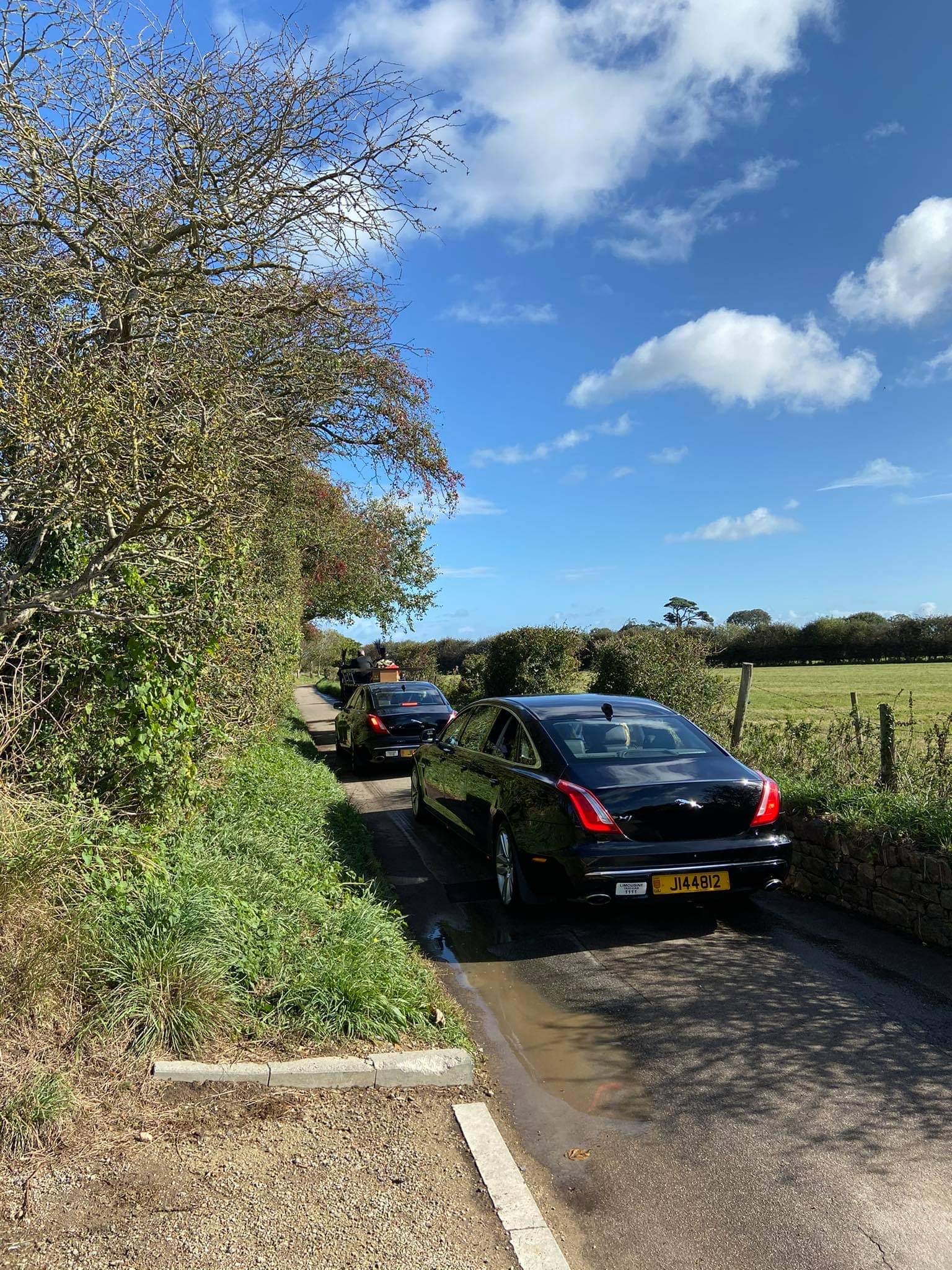 Pictured: The current Constable of St. Peter, Richard Vibert, gave a eulogy at the funeral.

Mr Pollard first joined the States Assembly in 1992, serving multiple times until he retired in 2001.

He also served with the Honorary police for 21 years.

Posted by Sarah Scott on Sep 25th, 2020
RIP Mac - you were a very interesting and knowledgeable man and I enjoyed your story telling immensely x
To place a comment please login Login »