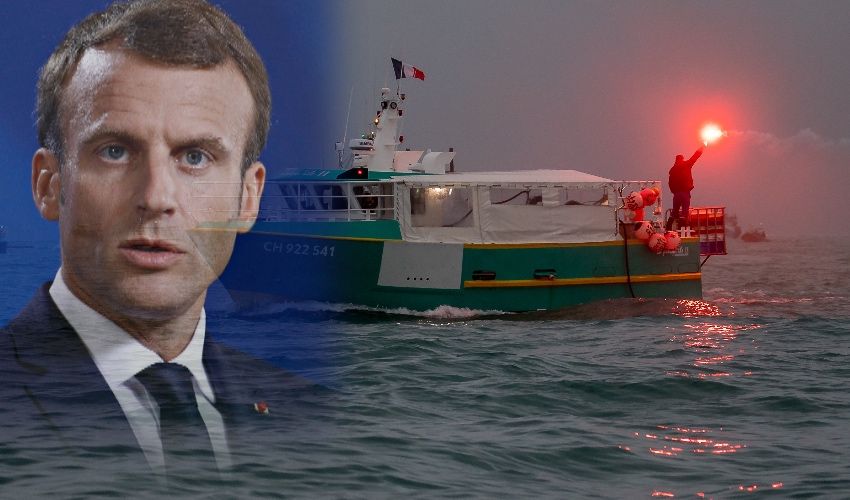 There has been a major breakthrough in the long-running fishing dispute, with the French President telling Breton and Norman fishers that they can negotiate directly with Jersey.

Environment Minister John Young said that “peace has hopefully broken out in this area”, while his Assistant Minister Gregory Guida called it a “massive step forward”.

For Jersey, one of the significant frustrations of the year-long row – which made global headlines last May when French boats protested outside the Harbour – was that the rules of the post-Brexit trade agreement between the UK and the EU prevented the island communicating directly with affected fishers just across the water.

Instead, evidence of past fishing activity sent by Norman and Breton fishers to officials in Jersey had to go via Paris, Brussels and London, with data often held-up or even lost along the way.

Although direct talks have occurred, such as when Norman leaders visited Jersey in September, national politicians have insisted that the formal lines of communication remain.

Recently, however, that appears to have changed.

Deputy Guida told a Scrutiny hearing this week: “The last meeting with Annick Girardin [the French Fisheries Minister who threatened to cut off electricity to Jersey last year] was interesting because while she maintained her stance, she really ran out of argument." 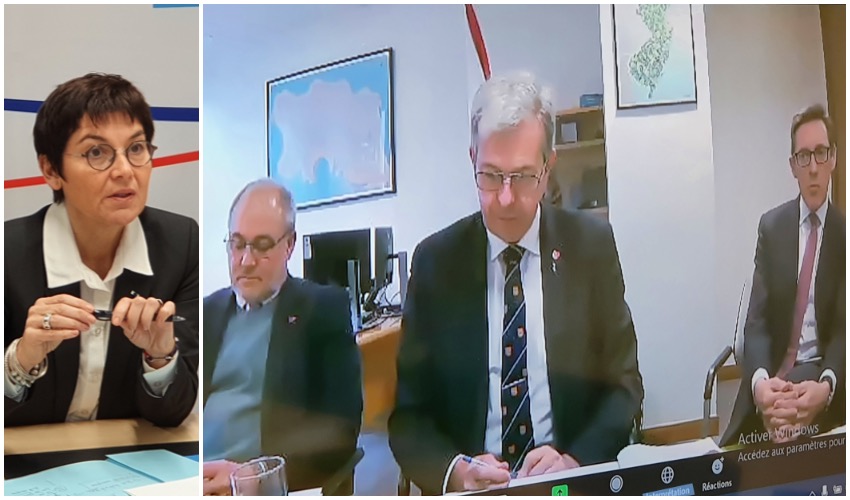 “The interesting result from that is that they have now delegated discussion to the regions. It was quite extraordinary that Brittany came to us saying they had been told by the President himself, Emmanuel Macron, that they should now talk to us directly to try to sort things out, which, of course, we welcome," he explained.

“The first meeting was a little awkward as it was supposed to be in person, but the weather was horrible and we were not able to go. It was then on Zoom, and they had 16-17 people on their side, and we had eight. It was a very difficult meeting but it was the first one, and an excellent first step.

“We are now able to talk about our problems among neighbours.”

Deputy Guida added: “The trade agreement still exists, and so does the roundabout way that all formal communications have to go, but smaller problems can be discussed at our level and then brought around in the official way, which is something that we have begged for for the past year.

“A lot of problems the French fishermen had were just down to communications.

“I think this is a massive step forward and it also shows that the subject has been discarded in France as an electoral football.”

However, the Scrutiny Panel heard that the threat of the French talking the licensing matter to an arbitration committee, a mechanism set out in the trade deal, still existed.

Deputy Young said: “As at yet, there is no official complaint lodged to the EU so while we have had those public threats, they have not materialised.”

Head of Marine Resources Greg Morel added: “The dispute is still a live issue which the French and EU have under consideration, but we have no further details on what that might look like and the nature that it might take, whether it would be specific to Jersey or involve the UK as well.”

The deadline for Jersey to receive information about past fishing activity, which allows French boats to qualify for a Jersey licence, passed on 31 January. 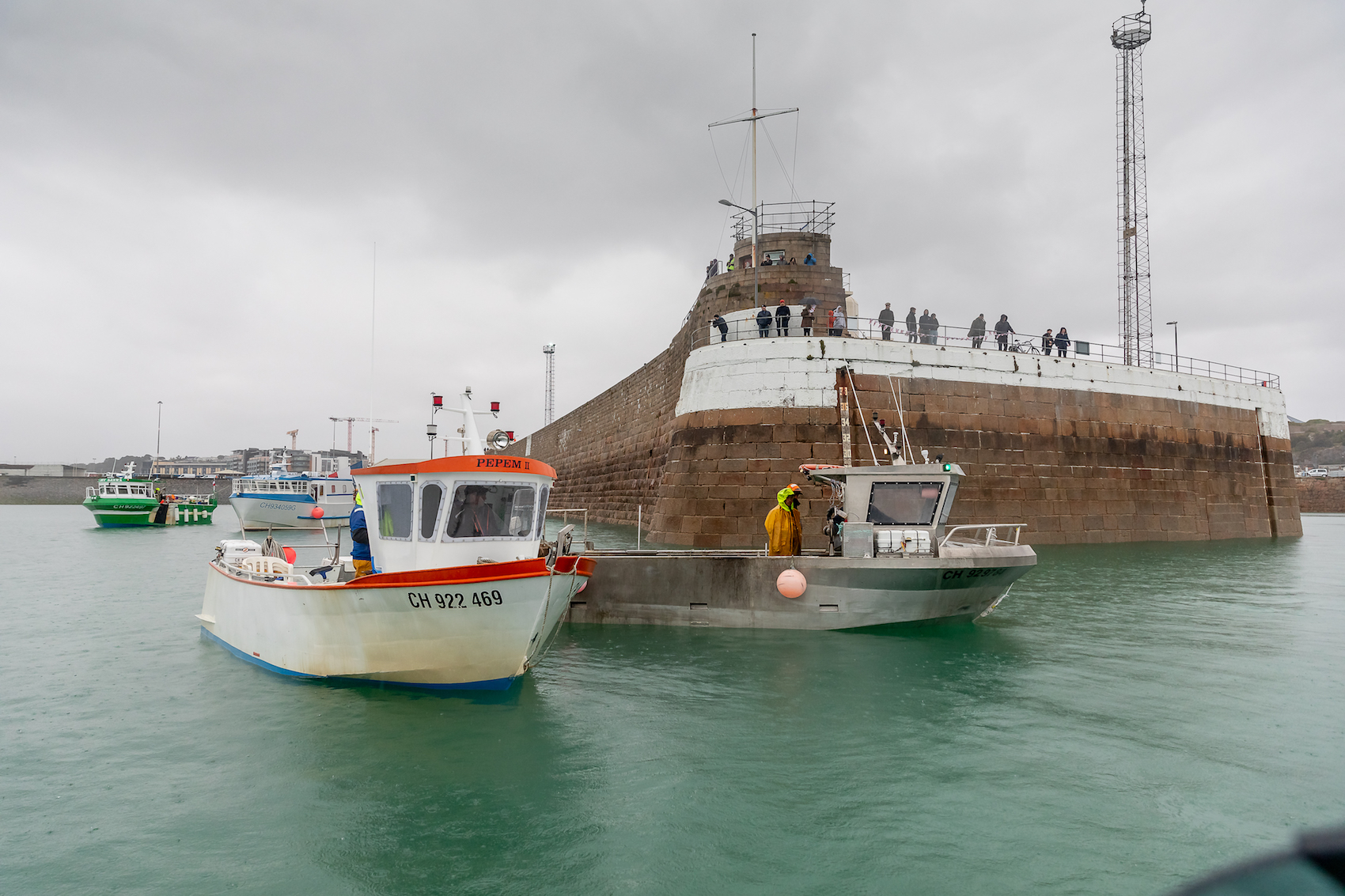 Pictured: The fishing dispute was at its most intense last May, when a flotilla of French fishing boats protested outside the Harbour.

Since then, one more boat has provided sufficient data, meaning that a total of 131 French boats are now licensed to fish in Jersey’s territorial waters.

This is significantly fewer that the roughly 350 boats that were able to fish under the previous Bay of Granville Agreement.

Jersey is now keen to apply conditions to those licences stating what can be caught when, using which equipment. However, this is being held up by the UK, which wants to present these ‘nature and extent’ restrictions to the EU along with conditions set by the other Crown Dependencies.

Jersey has said that its conditions will be based on the same criteria that were applied under the old Bay of Granville Agreement.

Until that time, qualifying French fishers must operate under the broader terms of their current licence. The meeting heard, however, that Jersey had formally told the EU that it would be temporarily closing off some bream-breeding areas to all fishing from 1 April.

Jersey not ruling out French legal action over fishing licences