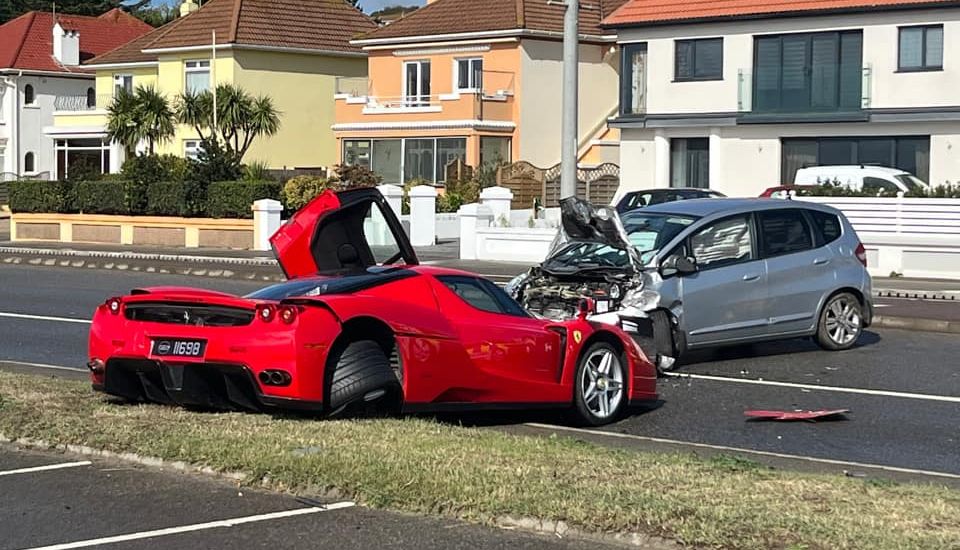 Police were forced to close part of Victoria Avenue today after a multi-million Ferrari Enzo registered in Guernsey and a silver Honda collided today.

The westbound side of the Avenue was shut to motorists after the crash near Trust Ford, which is understood to have happened around 11:30.

Avenue westbound shut as a #ferrarienzo has been totaled ???? #ferrari #crash pic.twitter.com/dpMgyssQRr

Police and Paramedics were sent to the area, as well as the Fire Service amid reports of smoke and oil.

Police were unable to confirm whether anyone had been injured at this time.

The closures led to significant tailbacks, with drivers reporting slow-moving traffic trailing all the way back to the Waterfront.

Posted by anthony turmel on Sep 30th, 2022
shame about the Honda...
Posted by Ed Watson on Sep 30th, 2022
I remember when the position of the vehicles were marked where they were and the road opened ASAP.
To place a comment please login Login »