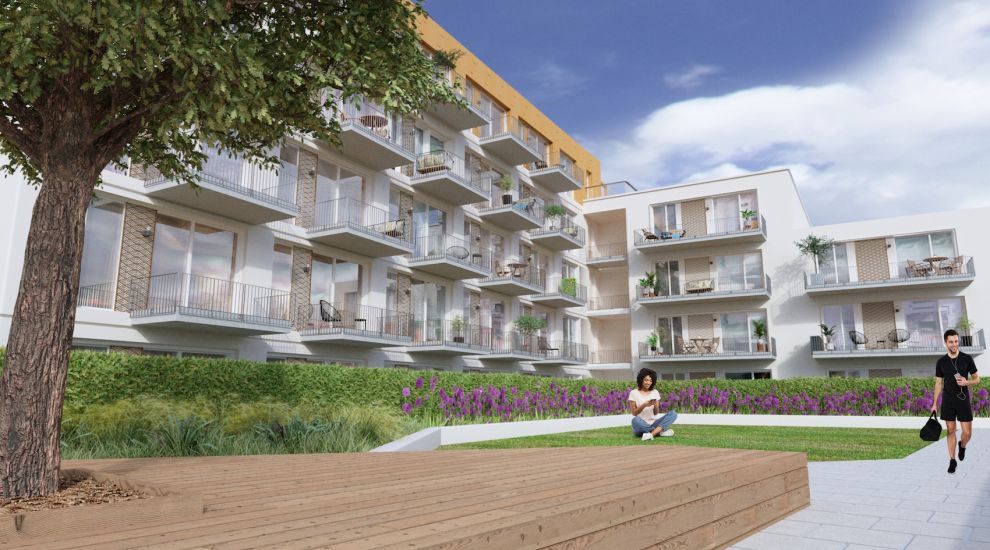 Jersey’s biggest private developer has unveiled its plans for the £70m accommodation and hotel development in Bath Street.

Built by Le Masurier, ‘Merchants Square’ will include 149 one- and two-bedroom apartments, a restaurant and 122-bed Premier Inn hotel.

It will stretch from the old Odeon cinema almost as far as Minden Street.

Built around a central courtyard garden, each en-suite apartment will have a balcony or terrace.

Video: An inside look at the new development.

A new pedestrianised street will be built, linking the Millennium Park to Halkett Place.

The hotel and some residential units will be completed by September next year with the remainder ready early in 2022.

Prices will be released later this year. The Premier Inn will open its doors in next October. 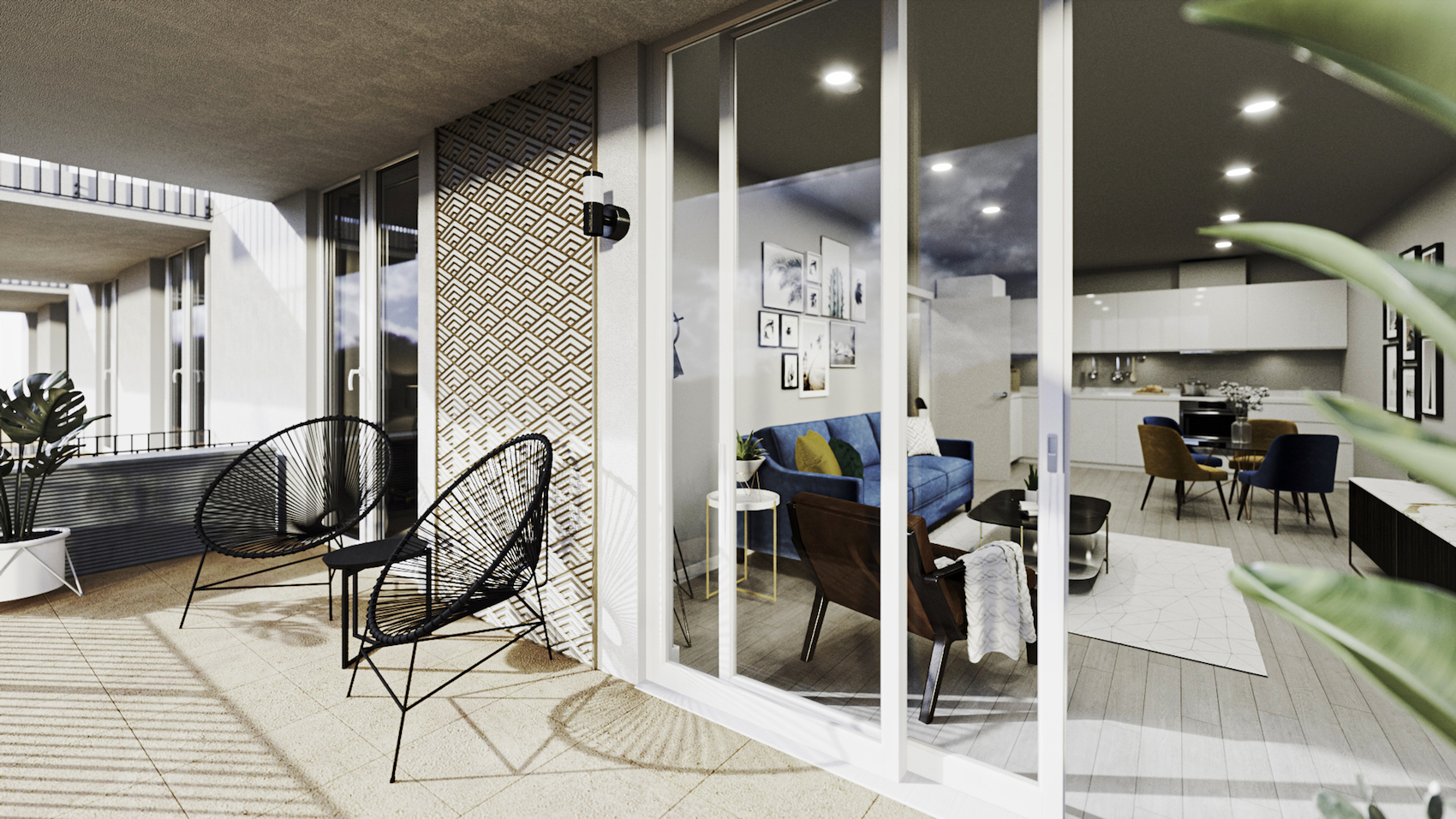 Pictured: An artist's impression of the one of the balconies.

Le Masurier’s Managing Director, Brian McCarthy, said: “We are committed to providing highly quality accommodation for islanders and we have already had a significant amount of enquires, which is such a positive sign for the housing market in Jersey.

“We have launched our social media pages and website today so prospective occupiers can find out more about our plans for the development and register their interest and receive updates. This development will bring a new lease of life to this part of town and be a place to be proud to call home.”

The development received planning permission in October 2019, despite objections from heritage campaigners over the demolition of two listed Regency-era villas.

Save Jersey's Heritage even put forward an alternative plan, which would have kept the old townhouses.

It also survived a third-party planning appeal over its impact on nearby Rue de Funchal.

Posted by nigel pearce on Jul 31st, 2020
It's a pity they sold the Odeon cinema. Now that the area has been cleared, the ugliness of that building really shows.
Posted by Sheila Young on Jul 31st, 2020
What a pity that the eyesore that is the Odeon Cinema is not being demolished as part of this development. This seems to be the opinion of the majority of the public yet it has been ignored.
Posted by Jon Jon on Aug 3rd, 2020
More flats or apartments,another ghetto in town,what’s needed are houses for families.
To place a comment please login Login »