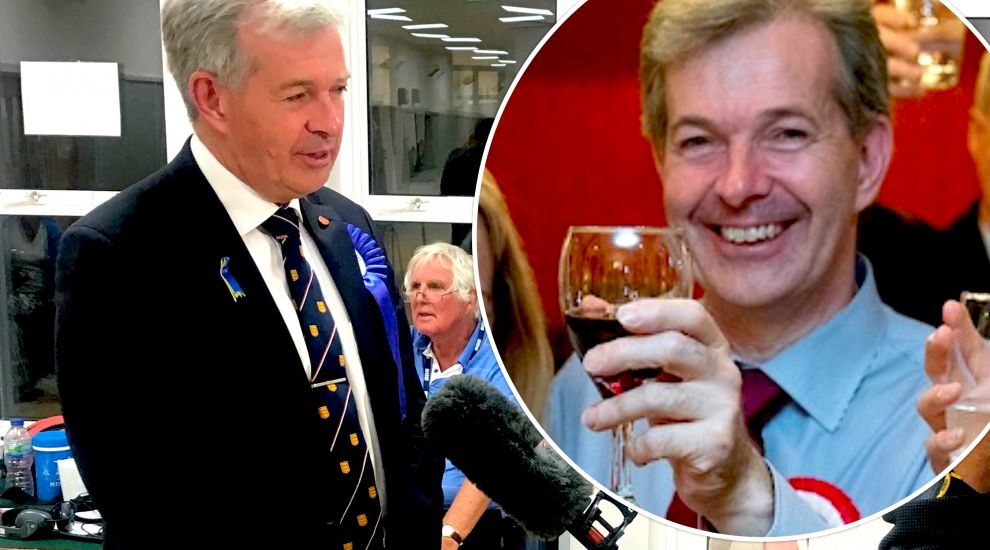 John Le Fondré has become the first Chief Minister to be ejected at the ballot box, having also been the first to lead the island through its greatest peacetime crisis in living memory.

The two were undeniably connected, which Senator Le Fondré – with 16-and-a-half years of political life under his belt – recognised as he spoke immediately after hearing the result for St. Lawrence, St. John and Trinity.

The Chief Minister – standing as a Jersey Alliance member but not its leader – came sixth, polling 997 votes.

His party colleague and Homes Affairs Minister Gregory Guida finished just above him but neither made the all-important top four. 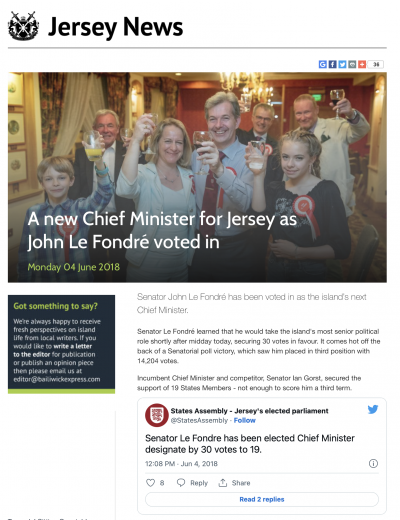 With his wife Sarah and their two children offering tender support at Trinity Parish Hall, where the final result for the new district was called, the Chief Minister was reflective in defeat.

“I’m obviously disappointed but congratulations to the successful candidates," he said. “There was a view that, post-covid, people might want change and that has been the outcome.

“I’ve proud of what we’ve done; we did protect lives during the pandemic and we did move swiftly in a very difficult situation.

"It was the first time that the emergency council had ever met in anybody’s memory, and ultimately we came out of it with an economy, with good finances and a whole range of other things.” 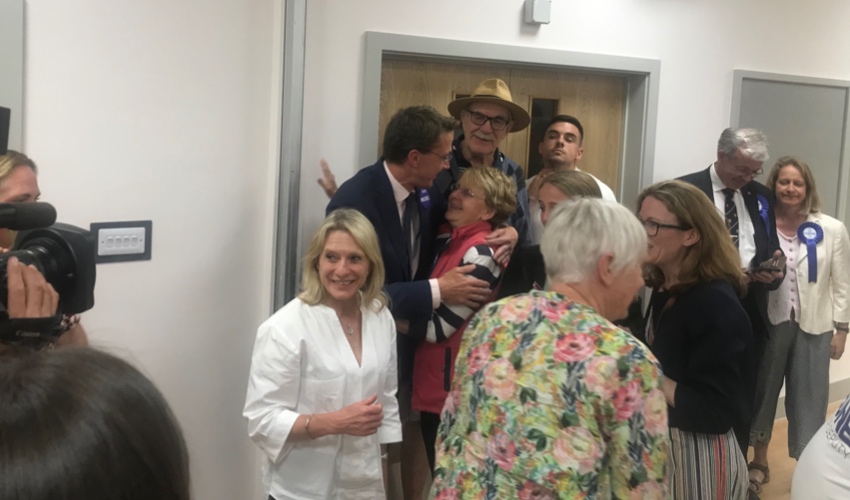 “Party politics obviously has a lot further to go"

He added: “Party politics obviously has a lot further to go to get to maturity.

"As far as I am concerned, this was always going to be my last term. I’ve done 16-and-a-half years, I have achieved quite a lot, particularly in the last four years.

"It has been an absolute privilege.

“It has been a brilliant experience, whether it’s been making all the changes we’ve made on-island or representing the island externally. We have a really good story to tell.”

"I will now reassess"

Asked why he thought voters had chosen others, he said: “The rejection by the electorate could be down to covid and desire to move on.

"I really can’t say at this stage. On the positive side, I will be seeing more of my family. I will now reassess; we have lot of stuff at home to sort, such as the family business.

“I hope to play a much more active role on the Les Vaux Housing Trust; and possibly non-executive and charitable roles.

“I leave the States with a huge sense of pride. Sometimes, obviously, there have been people who have not agreed with me or wanted to take political advantage, but that’s life."

"These next four years will definitely have challenges"

The Senator noted: “These next four years will definitely have challenges in them for the next Assembly. The big question will be if people are up for making those difficult decisions or just take a populist approach.”

Offering advice to the next Chief Minister, whoever that might be, the outgoing one said: “Make sure you are making rational decisions; you are dealing with people’s lives, livelihoods, the finances of the island and its global reputation.

“We’ve got to be seen to be making intelligent and rational decisions, and supporting our main industries.”

As he left, his daughter clutched his arm.

Pictured top: Now and then... Senator Le Fondré at Trinity Parish Hall awaiting results, and toasting coming third in the Senatorial polls with more than 14,000 votes.

Posted by Tom Hirundo on Jun 23rd, 2022
JLF was not a leader. The island could see he was dominated by - and in thrall to - Charlie Parker. He led a lack lustre government, and he sweated trivial detail rather than engage with long term direction. Pleased for his family they have him back.
Posted by IanSmith97 on Jun 23rd, 2022
In my opinion he did an alright job through Covid, we handled it better than the U.K.
Posted by Private Individual on Jun 24th, 2022
The JA has been shown the door based on its policies, not Covid or any other excuse they will try and find. They were the establishment and were well and truly booted out for taxing us to death, running us into debt, and building the hospital in the wrong place and for far too much money.

The problem with the rest of the establishment that has gained power into government, being the non-elected 8 constables needs to be addressed for the next election. Thsi simply cannot continue. The NOTA votes were nothing more than a protest vote and should be used as an excuse for an opposing candidate as they are doing. They were not contested elections they were walk-ins.

Also congratulations to all the newly elected candidates, please listen to the public and make the right choices on our behalf.
Posted by Steven Simon on Jun 24th, 2022
Good riddens
To place a comment please login Login »