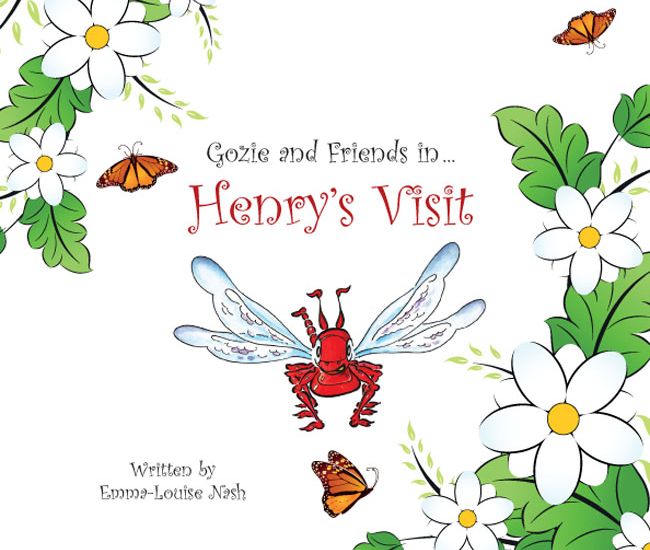 A Jersey-based woman has written her first book based on the creatures and landscapes she encountered on holiday in Malta.

Emma-Louise Nash, 29, decided to write the ‘Gozie and Friends’ five years ago while visiting her mother who lives on the island of Gozo.

The books are set in a villa called Razzett Lelluza, in the village of Xaghra, and feature a dragonfly called Gozie, and his friends.

Emma said: “It is such a beautiful place and the villa is surrounded by wildlife. Every day we would get different creatures dropping by. There was always a dragonfly and stray cats. I was so inspired by this that I decided to put pen to paper and write about it.”

Illustrated by Piers Bois, the books are aimed at three to nine year-olds and explore the values of ‘friendship, teamwork and the rewards they can bring.’

In the first book, ‘Gozie’s Eventful Day’, Gozie’s wings are stolen by a kitten called Mixie. His friends have to work together to find a way to get them back. The second book, ‘Henry’s Visit’ sees Gozie and his friends meet Henry the snake, who travelled to Gozo from Malta in the mouth of a bird.

Emma, who was born in London but who has lived in Jersey since 2008, initially wrote the book as a present for her mother. She said: “When I wrote the first book five years ago I didn’t think I would publish it. I finished it about a year later and got the illustrations done. Then I showed it to my godchildren and to some friends’ children and they really enjoyed it. So I decided to bring it to a wider audience.”

As well as working in customer relations, Emma is planning more Gozie adventures to add to the series.