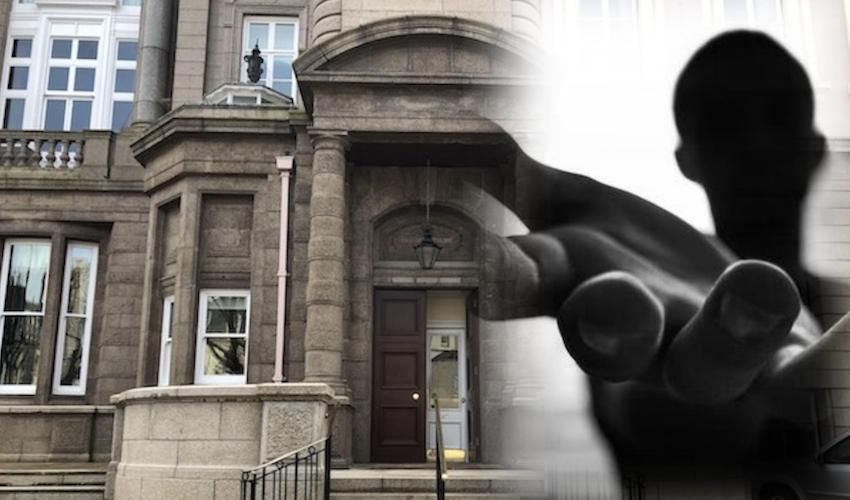 A Jersey-born man has admitted to drunkenly threatening “to kill” customers sat outside a food truck, before ramming his car into the kiosk and then refusing to stop for the Police as part of “a cry for help.”

The 34-year-old finance worker, who was suffering an apparently “severe mental breakdown” at the time, appeared in the Royal Court where he confessed his guilt.

The man, whom Express has chosen not to name due to his struggles with mental health, was charged with five offences: failing to stop for the Police, careless driving, drink-driving, malicious damage to the food truck, and affray.

The Attorney General, appearing for the prosecution, described the rampage as “a serious case of affray” during which the defendant used his car as a “weapon.”

Pictured: The incident involved the man ramming his car into a food truck.

The Court heard that on 26 April of this year, the man left work and drove to Les Platons car park in Trinity, having bought some vodka drinks and a “small bottle of gin.” He parked on the grass verge and then made a “threat to kill all customers sitting outside” the Bees’ Knees catering truck.

He positioned his car and began to rev the engine, causing the patrons of the food truck to scatter before he drove directly into the kiosk, ramming into it with his vehicle.

He then began driving in circles around the car park and then driving away – refusing to stop for Police in pursuit of him for quite some time.

Advocate Haines asked the Court to order the compilation of a psychiatric report, which will give a better insight into the mental health struggles his client is suffering ahead of his sentencing.

Pictured: The man has struggles with mental health.

Describing the circumstances as “very unusual”, the defence Advocate said that his behaviour “suggest[s] this defendant had a severe mental breakdown.”

He told the Court that his client is “under the care of the mental health services” and that it was “likely this [offending] was a cry for help.”

For fear that a remand in custody may “set him back in his treatment”, Advocate Haines made the case that his client should be released on bail.

The Deputy Bailiff Tim Le Cocq, sitting with Jurats Dulake and Ronge, agreed to order the psychiatric report and also considered that in light of the man’s mental health difficulties, they would grant him bail.

He will be sentenced on 20 September.