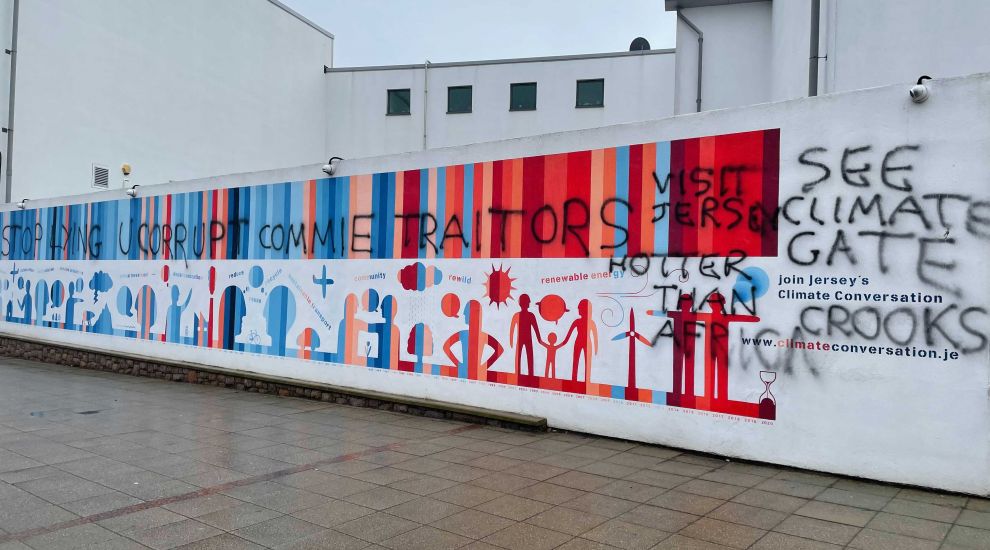 A 62-year-old has been arrested following reports of damage to the climate change wall art at the Waterfront.

In the early hours of this morning (26 December), police were called to the area, and a man was arrested.

He was kept in custody for most of the day and was released late in the evening the same day.

The original artwork was first painted by local artist Ian Rolls as a series of 126 stripes showing how average air temperatures in Jersey have risen over the last 126 years, drawing attention to the changing climate.

Last year at what was believed to be some point between Christmas and Boxing Day, graffitists sprayed messages decrying climate change as a "hoax" and wrote, "how dare u [sic] scare kids." 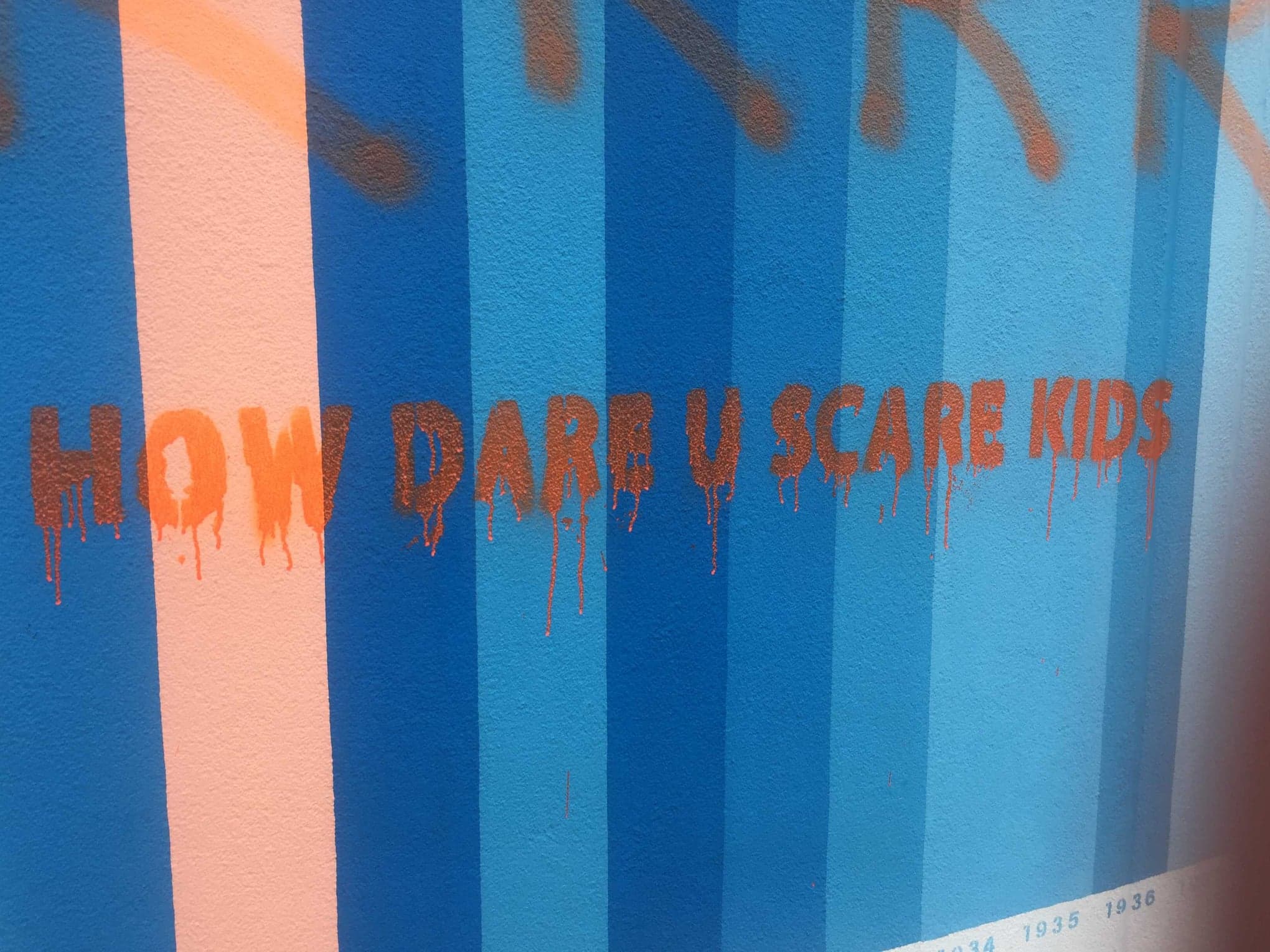 Pictured: The vandalism which took place at Christmas 2020.

This then prompted Mr Rolls to revamp the artwork in February of this year with a new design representing conversations and debate around climate change.

Speaking at the time of the revamp, he said: "The graffiti was a negative comment on what the data and the stripes represent. The fact that it can potentially scare kids was one of the comments that the graffiti stated and I think that's really interesting in itself, because I don't think actually that the kids are the ones that are scared by climate change, I think that's more the elderly or the people that have a vested interest in keeping things the same as they are."

He continued: "We have to change, and I think young people are really good at changing and adapting to the situation, so I have every confidence that actually the situation can be improved.

He added: "... time is running out, and I think that's one thing I wanted to make clear in the mural and that's why, right at the end, I put the hourglass as a symbol of the time running out.

"Now the conversations have to be turned into action by everybody, by ordinary people, by businesses and by governments. Together, we need to have a concerted campaign of action starting yesterday!"

Last month however, the mural was targeted again, this time with graffiti being painted to its left with the message: "'WARNING! CLIMATE CON-ARTISTS AHEAD."

This was then followed by a link to the website for an organisation called Clintel - a group  that says on its website its view can be "easily summarised as: There is no climate emergency."

Posted by Guy de Faye on Dec 27th, 2021
This incident will doubtless be treated as criminal damage, unwarranted graffiti or vandalism and is unlikely to create much interest within the local population. Just another minor case for the Magistrate's Court to deal with.

Consider, though, if the graffiti had been applied by an artist called "Banksy". Admittedly, text is not Banksy's style, but the Ian Rolls defaced original would suddenly command significantly enhanced value.

There are also interesting questions relating to freedom of protest and freedom of speech, two very current topics.

It is not clear to me whether the artist was rewarded for his efforts from public funds and he may well have given of his time and effort freely.
However, the government offshoot - the Jersey Development Company - provided the "location and logistical support" for the "Climate Stripes for Jersey" installation.
Additionally, the Assistant Minister for the Environment attended the "opening" to unveil the finished work, which gives a strong indication of linking the mural to "Government of Jersey" policy on the "Climate Emergency".

Thus, this "graffiti attack" is not simply vandalism, but a statement against government policy - and whilst mindless vandalism ought to be prosecuted, should the same measures be applied to a political protest?
The perpetrator of the graffiti will, almost certainly, be given legal advice to plead guilty and take the punishment. I would prefer to see a defence based around freedom of expression, if only in mitigation and despite the fact that I do not agree with the views as advertised.
Posted by Roy Dean on Dec 29th, 2021
But the graffiti artist was right
Posted by Robert Gabriel on Dec 29th, 2021
There is thankfully no defence under law which allows an individual to commit vandalism based on their right to protest!
To place a comment please login Login »