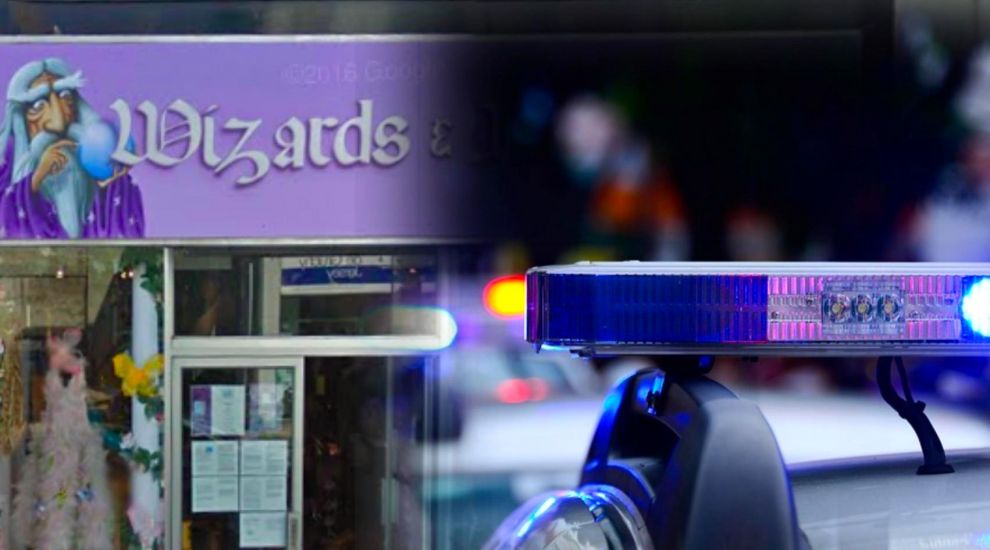 Police have made an arrest following a daytime fight in town in which a man was alleged to have pulled a knife on another.

The brawl, which was said to have been between two men known to each other, began in New Street and continued into King Street around 13:30 on Monday.

It was reported to have started inside New Street-based shop Wizards and Woozles when the two males started shouting at each other.

After arguing, one of the pair allegedly brandished a knife.

Pictured: Police said the men shouted at each other in Wizards and Woozles on New Street.

Both of the men then ran towards King Street, where they continued arguing outside USC where one was said to have punched the other.

They then separated, with one of the men walking away along Don Street.

Officers have since moved to reassure the public that this was an “isolated incident”.

They said that both men had already been identified and that one arrest had been made, but urged members of the public with more information on what happened to come forward as they continue to investigate the case.

One of the duo was described as being “six foot tall wearing a cap with tattoos on his neck and face”, while the second was said to be of the same height, and “wearing a blue puffa coat carrying a blue rucksack with distinctive green straps.”

Those who witnessed the fight or know more about it are being asked to call Police on 612612 or make an anonymous report using Crimestoppers by calling 0800 555111 or using their online form.