£7.5k bookies thief ordered to pay back every penny 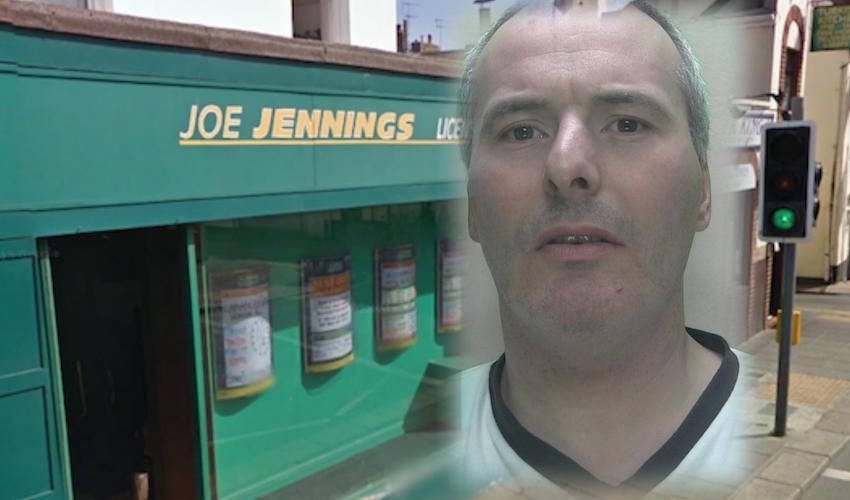 £7.5k bookies thief ordered to pay back every penny

A serial offender, who stole £7,500 from a betting shop by stuffing two fistfuls of notes down his trousers, has been ordered to pay back every penny after completing an 18-month jail sentence.

Andrew Scott Page (40) appeared in Court for sentencing in the Royal Court on Friday after he stole the cash from the bookmakers’ counter, caused a breach of the peace whilst doing so and also had cannabis in his possession.

The Solicitor General Mark Temple, prosecuting, told the Court that the incident occurred on 10 March of this year when Page stormed into Joe Jennings bookmakers at Cheapside, in hot pursuit of another man whom he was shouting at.

The series of events – caught on CCTV footage – sees the man run behind the counter and the defendant attempt to pursue him, but the man blocks the door.

The Court heard that Page “approaches the counter and slams both hands onto its surface whilst also shouting. He moves down the counter and pulls a newspaper away” revealing a “money box containing notes and coins.”

Initially, Page was said to walk away from the counter before turning around, reaching over the counter and putting “two handfuls of notes down the front of his trousers.”

Page wasn’t arrested until the next day when he was spotted by Police Officers outside the station in a taxi, which was driving him to “various addresses in St Helier.”

Ultimately, however, only £1,050 of the stolen cash was recovered from Page; £500 hidden at a female friend’s house; £470 from his trouser pockets; and the £40 fare he’d given to the taxi driver.

Page said, that he had put the rest of the money in a rucksack which was stolen from him when he passed out from drinking on the evening of the 10 March.

During Police interview, Page had told officers that the incident was only made to look like a robbery. Page said that an employee at Joe Jennings “had an issue with a male who was ‘coming on’ to his daughter” and that he had been enlisted “to have a word.” The money, he said, was simply payment “for his services.”

Later on in the interview, this story changed, with Page saying “he was paid £10,000 to tell an unnamed male to ‘stop harassing young girls’. He said they had met at Jeffrey’s Leap a short period before the larceny.”

Noting Page’s “very poor criminal record” of having “41 convictions spanning 228 offences” of which 111 related to theft, the Solicitor General urged the Court to impose a two-and-a-half year prison sentence.

Advocate Adam Harrison, representing Page, said this was “far too long”, characterising the incident as opportunistic and impulsive. Observing difficulties and abuse his client suffered in his childhood, Advocate Harrison made the case that a more “constructive sentence” would be a community and probation-based order.

Saying that the Court had given “anxious thought” to the matter, the Lieutenant Bailiff mentioned they had considered of Page’s “unenviable” criminal record as well as his lawyer’s “thoughtful address” when deciding on the appropriate sentence.

The Court, however, “reluctantly concluded that probation wouldn’t work” and that it “might set the defendant up to fail.”

Although, Lieutenant Bailiff Olsen did express that “the Court wishes to give [Page] somewhat of a chance”, before reducing the prison sentence recommended by the Crown to 18 months.

A confiscation order was imposed for all of the recovered stolen cash, which will be used wholly to repay the taxi driver and go towards reimbursing the betting shop.

The Court also ordered that, six months after Page is released from jail, he will have to start paying the bookmakers back the money he stole from them.