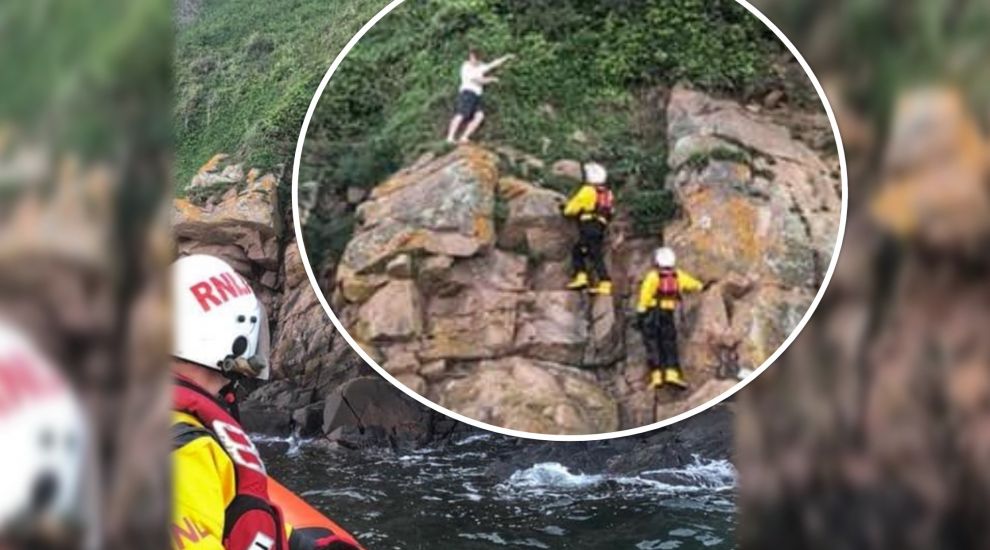 A man had to be rescued by a team of firefighters and the RNLI last night after falling onto the rocks behind Gorey Castle.

Firefighters were called to the area around 19:30 last night.

Six were diverted from another incident, while four more came down in another fire engine, as well as a Duty Officer who had been visiting the new Nightingale field hospital.

They reported that he had no serious injuries but had "managed to get himself into a precarious position where he could no longer climb down".

A firefighter boarded the RNLI Lifeboat to act as a communication link between the crews on the rocks, as they got to work using height equipment to rescue the man, who was suffering from shock, and bring him to safety.

Following the incident, the Fire and Rescue Service warned islanders: "...If you are planning on visiting some of the islands more remote coastal areas you check the tides and ensure you have a way of raising the alarm in case of an emergency."