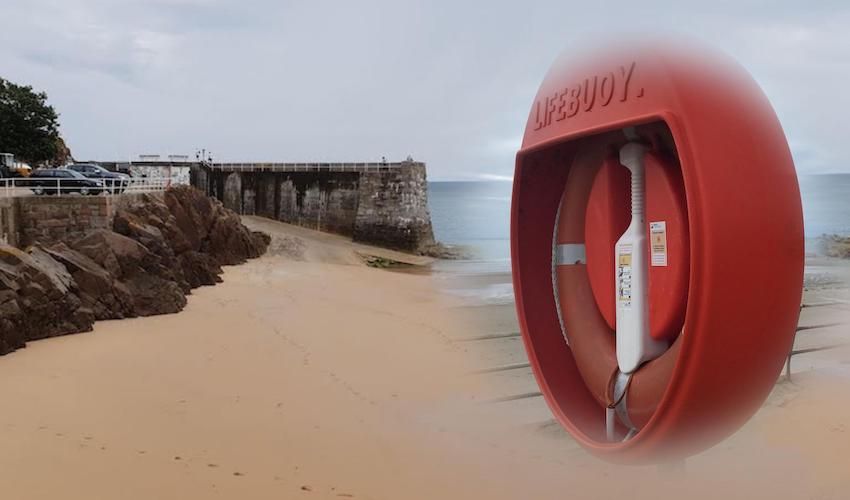 A man had to be rescued by lifeguards at Greve de Lecq after jumping in the sea to rescue his dog.

The rescue, which took place yesterday morning, saw a member of the public throw a lifebuoy at the man from the end of the pier, helping him stay afloat until the RNLI Beach Lifeguards based at Greve de Lecq came to help.

The alert to Jersey Coastguard’s Maritime Operations Centre was first raised at 10:20 by a member of the public.

While the dog was able to get to safety on its own, the man, who was fully clothed, required immediate assistance.

Lifeguards were able to recover him from the water soon after the emergency call. They carried out a short assessment of his state before handing him over to the  Ambulance Service.

The Coastguards said the quick actions of those who immediately phoned for help and threw in the available lifebuoy "undoubtedly contributed to saving this man’s life."

They also issued some advice on how to stay safe when walking a dog on the coast:

The night before, the use of a lifebuoy also helped save someone's life in St. Ouen's Bay. Staff from the Watersplash threw one of them at a person who was struggling in the water and being washed against the wall near the outdoor café, and helped bring them back to shore.

A call was made to the Coastguards around 21:00. The Fire and Rescue Service Inshore Rescue boat was immediately requested, but eventually stood down before launch.

The Coastguards said the actions of the Watersplash team "may well have saved this person’s life" and offered their thanks to all those that assisted.

“With both incidents we would like to highlight the dangers of entering the water to rescue another person or pets. In an emergency on the coast, dial 999 and ask for the Coastguard," Jamie Dollimore, Jersey Coastguard and VTS Manager, commented.

"Find a rescue aid that you can throw to the person in difficulty, either a lifebuoy if nearby or anything that floats. Keep the person in sight for as long as possible until the emergency services arrive.”