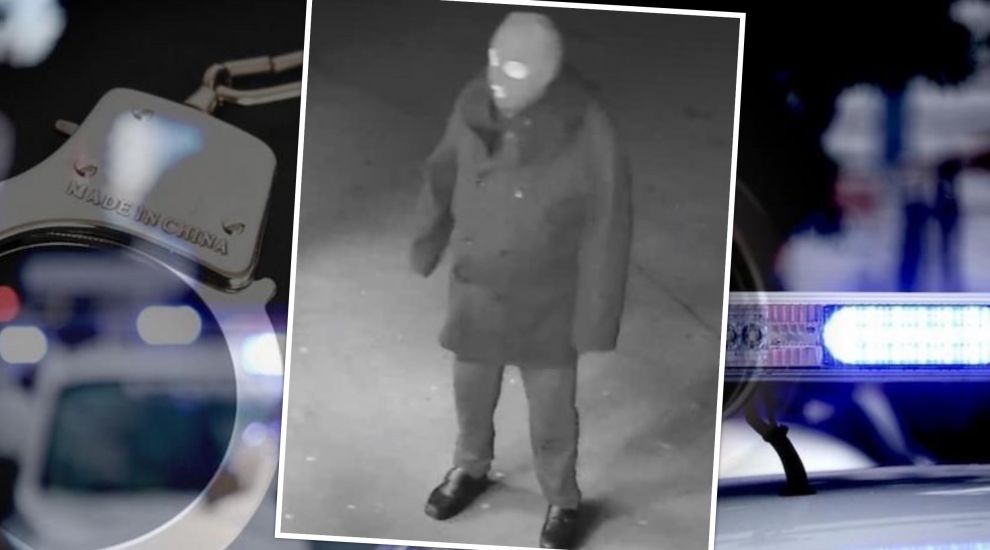 A 65-year-old man has been arrested on suspicion of breaking into a supermarket while wearing a balaclava to steal a case of beer.

The arrest followed an appeal for witnesses to the 'break and entry' incident, which took place at the Five Oaks Morrisons Daily/Wine Warehouse store in the early hours of Thursday morning between 02:45 and 03:00.

Outlining the series of events, Police said the masked intruder “forced the Wine Warehouse store doors open by pushing a motorbike that was parked nearby into the glass and then physically pushing and pulling on the damaged doors".

The man then “got his arm in far enough to steal a case of Corona beer from inside the store", before walking off with it under his arm, leaving the motorbike on the floor.

Pictured: The masked man broke into Wine Warehouse at the back of Five Oaks Morrisons in the early hours of Thursday.

Accompanied by a CCTV image, Police described the man as “wearing smart shoes and trousers and had a double-breasted type coat, with a wide collar, buttoned up".

They added that his "coat sleeves looked a bit too long for him" and that "he was also wearing a pair of leather gloves and a ‘balaclava’ over his head".

In an update issued this morning, Police said they made an arrest last night.

A spokesperson said: "A 65-year-old man was arrested last night on suspicion of break and entry and malicious damage in relation to the incident at Morrisons, Five Oaks last night. He has since been released on police bail whilst enquiries continue."